Best Dragon Incantation in Elden Ring: The Strongest Dragon Spells to Use in the Game

While they use a lot of FP, the tradeoff for huge damage is worth it. There are a variety of sorceries and incantations to use in Elden Ring that it can be a bit hard to pick and choose, given that you only have so many slots to do so. Because of that, you’re going to be limited to certain ones. Sorceries and Incantations differ in such a way that you can mostly use Sorceries if you spec into Intelligence while with Incantations, you have to spec into Faith. Here, we’ll go over the best dragon Incantation to use in Elden Ring as well as ranking a few others if you’re into these variants. This incantation is a good all-rounder when it comes to mobbing. As you’ll start to see with the rest of the Dragon Incantations, this has a slow startup. Because of that, this has to be played at a distance and when an enemy is either unaware of you or approaching you defensively. Agheel’s Flame can blanket a large chunk of the ground in front of you with fire, dealing high damage to all who come into contact with it.

To obtain this, you will have to defeat Flying Dragon Agheel and then purchase this at the Altar at the Cathedral of Dragon Communion in Caelid. 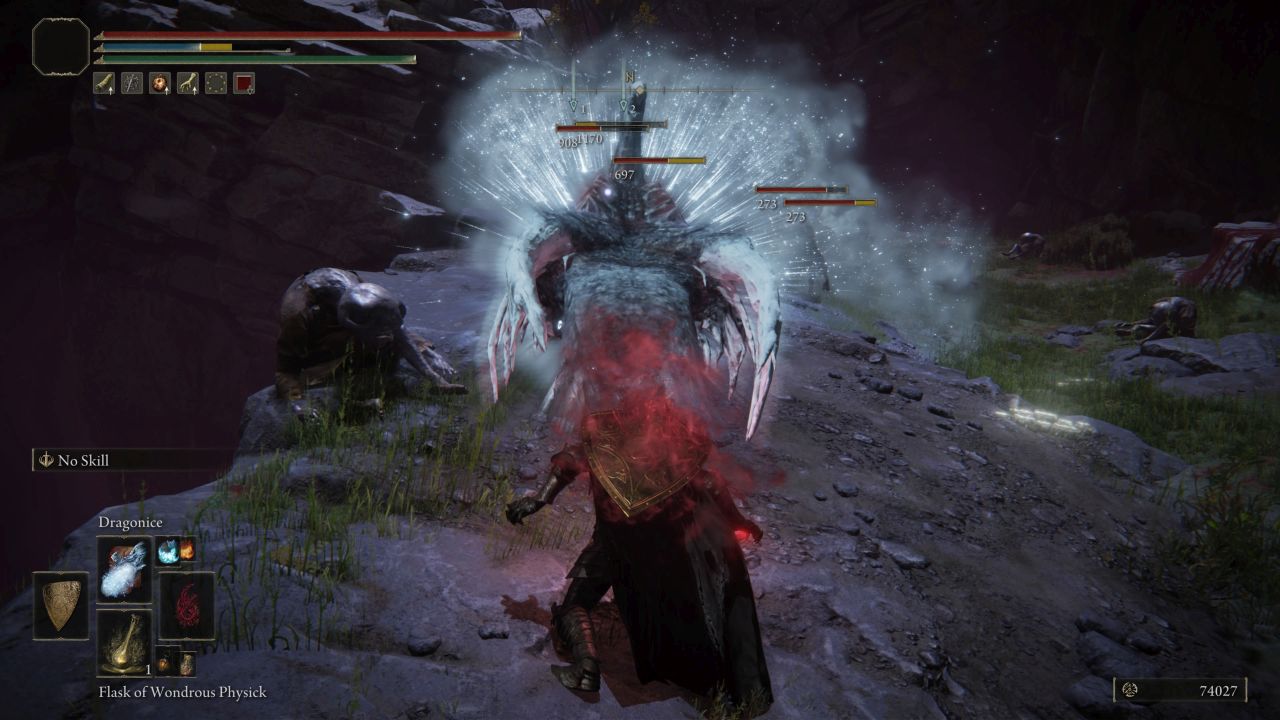 This incantation is basically Agheel’s Flame, but deals Frost damage. Because of that, this has a slighter edge over its fiery counterpart. Frost is an extremely powerful status effect, right behind Blood Loss/Hemorrhage in terms of utility and inflicting additional damage to enemies. This is particularly good when dealing with stronger enemies so you can hopefully inflict the status and leave them susceptible to more damage.

It can be obtained from the Alter at the Cathedral Dragon Communion for 1 Dragon Heart. You do not have to kill any dragon, in particular, to unlock this for purchase. If you have fought one of the Magma Wyrms in the Lands Between, you will know that one of the most annoying moves to deal with is when they spew puddles of lava/magma everywhere. The area of denial either has to be tanked through, or you have to respect their space. This is now an incantation that has its uses for kiting tough enemies. The initial attack is a lava spout that deals good single-target damage, but the AoE after effect is good for defensive play.

To obtain this Incantation, you have to defeat Great Wyrm Theodorix, who resides in the Consecrated Snowfield by the Cave of the Forlorn. You then have to buy this at the Altar at the Cathedral of Dragon Communion in Caelid. 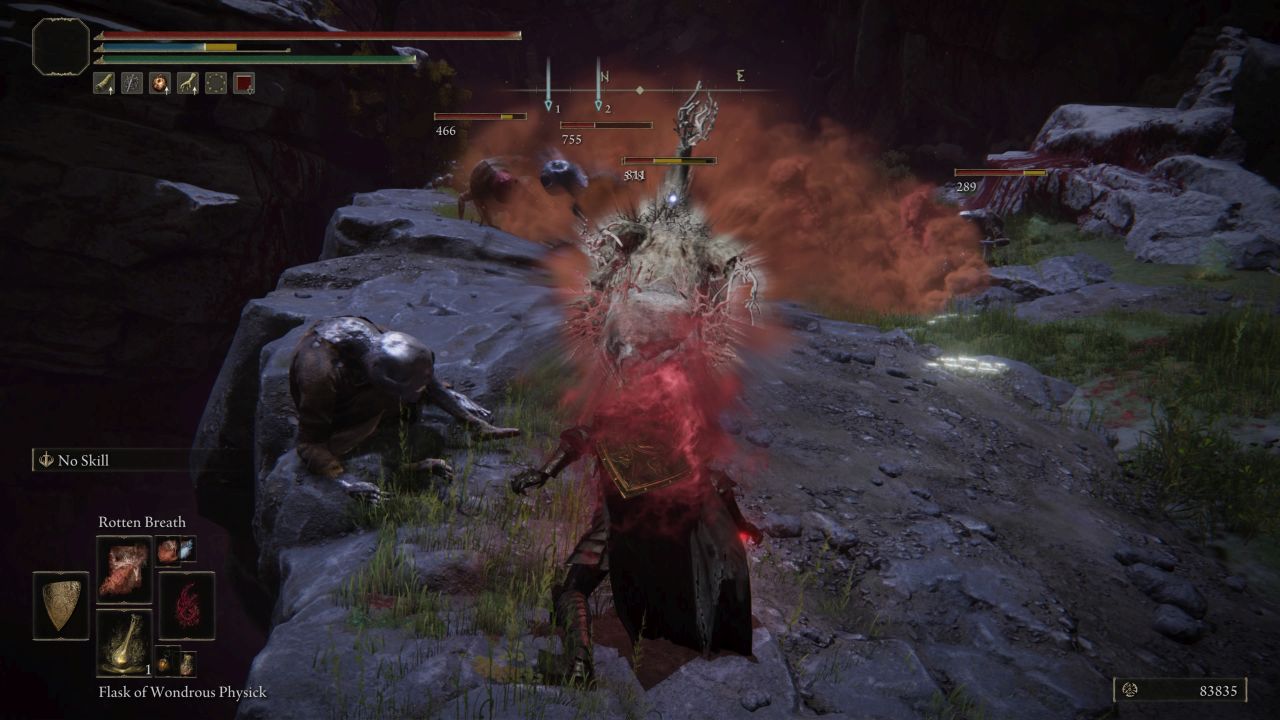 DoT status effects like Bloodflame, Poison, and Scarlet Rot are very powerful to passively wither down an opponent’s HP. Of the three, Scarlet Rot is the most powerful. Because of that, the Rotten Breath incantation is one of the stronger Dragon spells in Elden Ring. This has a large, conal area of effect and can hit multiple targets. Scarlet Rot is also useful for tackling some of the tougher bosses of the game.

This Incantation can be bought at the Altar at the Cathedral of Dragon Communion. 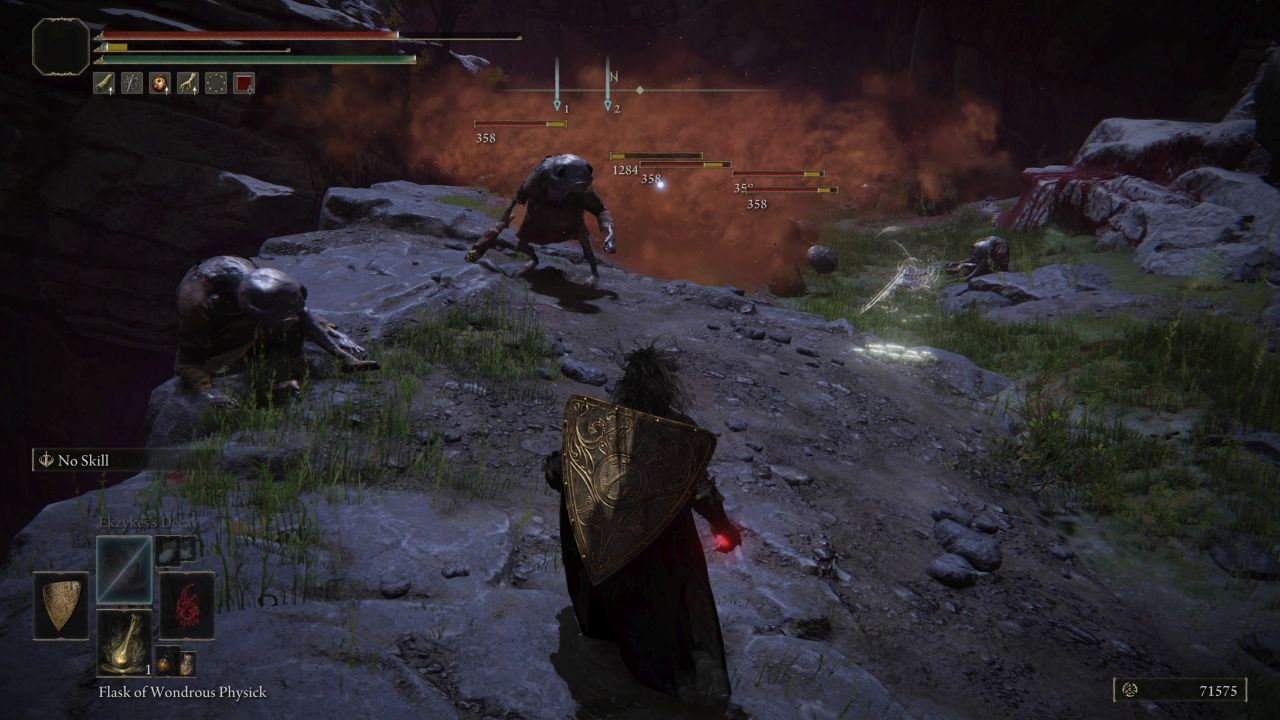 This Dragon Incantation takes the cake for being the strongest one in Elden Ring. This is basically a beefed-up version of the Rotten Breath Incantation. This deals higher damage and has a higher chance of inflicting Scarlet Rot on enemies. For most magic-oriented builds, you will need range, and this one does that excellently.

To obtain this Incantation, you have to defeat Decaying Ekzykes in Caelid, conveniently close to the Cathedral of Dragon Communion.

Elden Ring is out now for PlayStation 4 and 5, Xbox One and Series S/X, and PC.

Attack of the Fanboy / GAME GUIDES / Best Dragon Incantation in Elden Ring: The Strongest Dragon Spells to Use in the Game