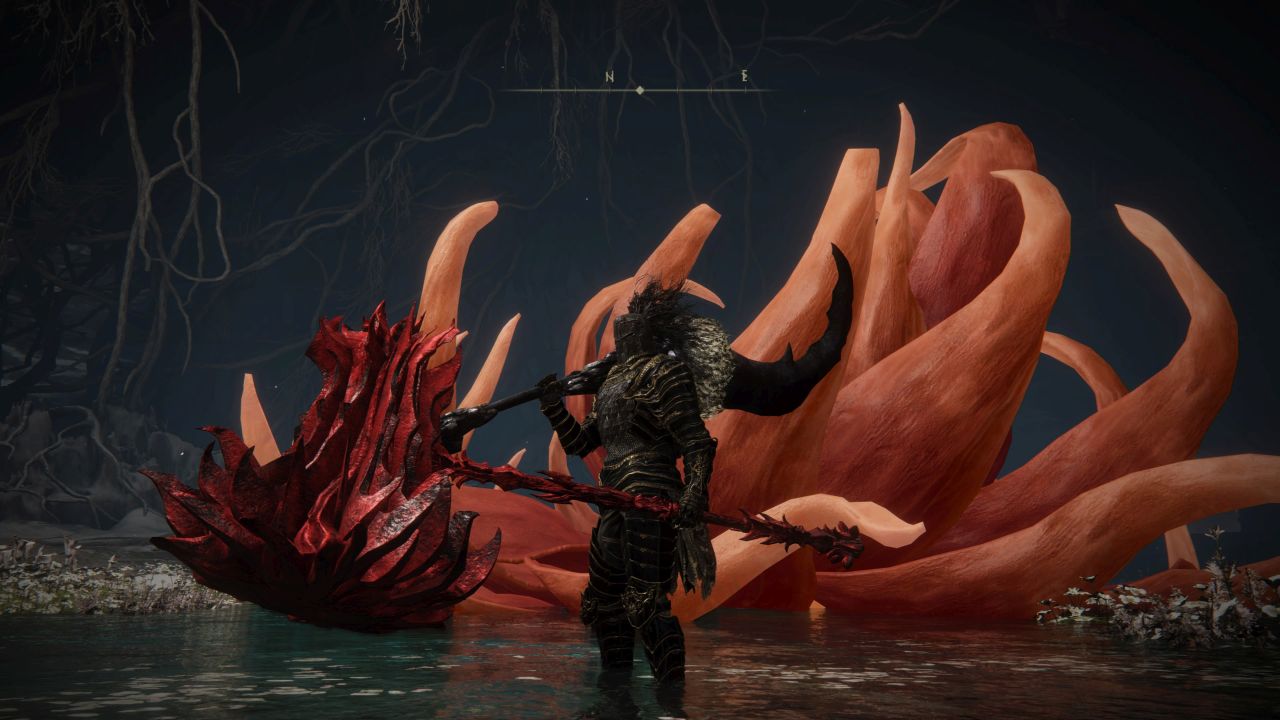 There are so many weapons to collect and play around with within Elden Ring. It’s quite overwhelming to get one of every type, but it does add to replayability using different builds. It also appeals to all the typical niches in these types of games. Some people want to use magic, go for fast hits like a samurai with katanas, and some people want to deal big damage with slow, heavy hits. Strength is just the stat for big damage, so here are some of the best weapons to use for that stat in Elden Ring. 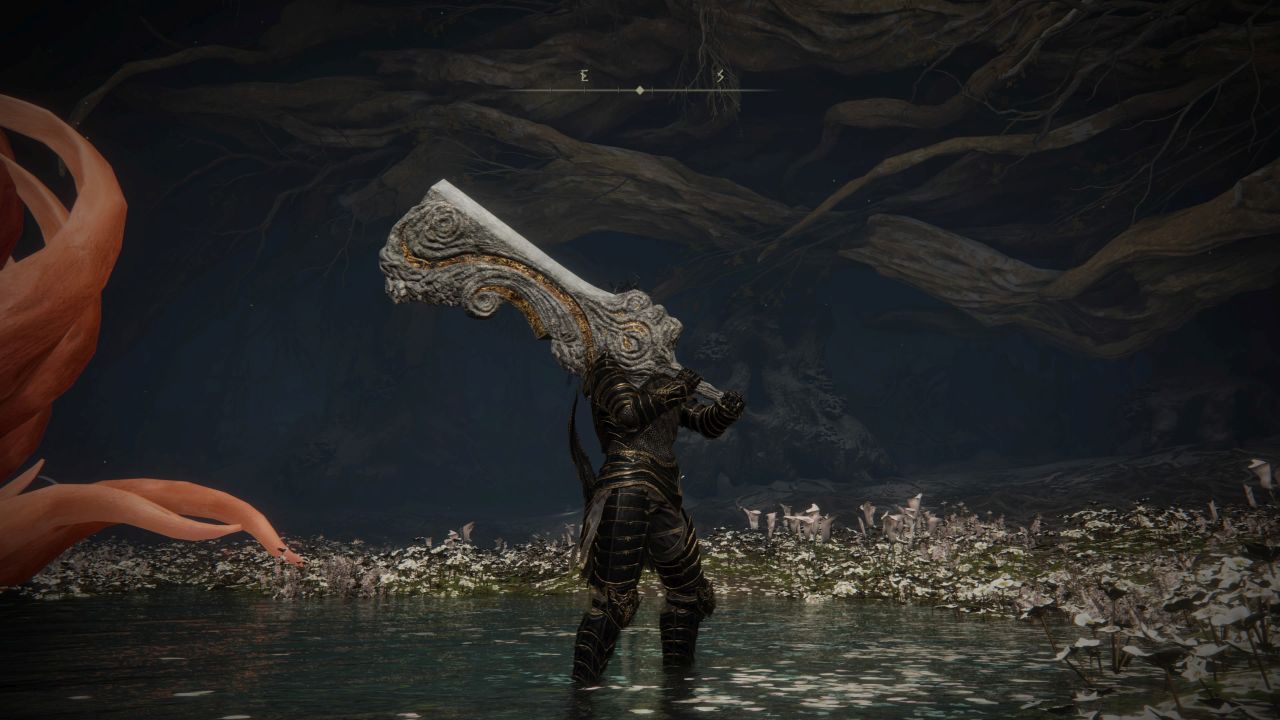 Of all the Colossal Swords in the game, the Ruins Greatsword takes the cake. It has the most damage in terms of raw numbers. There’s no gimmick to it other than having some magic damage, plus it scales extremely well with Strength. Once you upgrade it to +10 with Somber Smithing Stones, it’s graded with an S, meaning it’ll heavily get boosted by the stat. You need minimal intelligence (16) to get the most out of it.

You can earn this weapon by defeating the Misbegotten Warrior and Crucible Knight double battle at Redmane Castle. 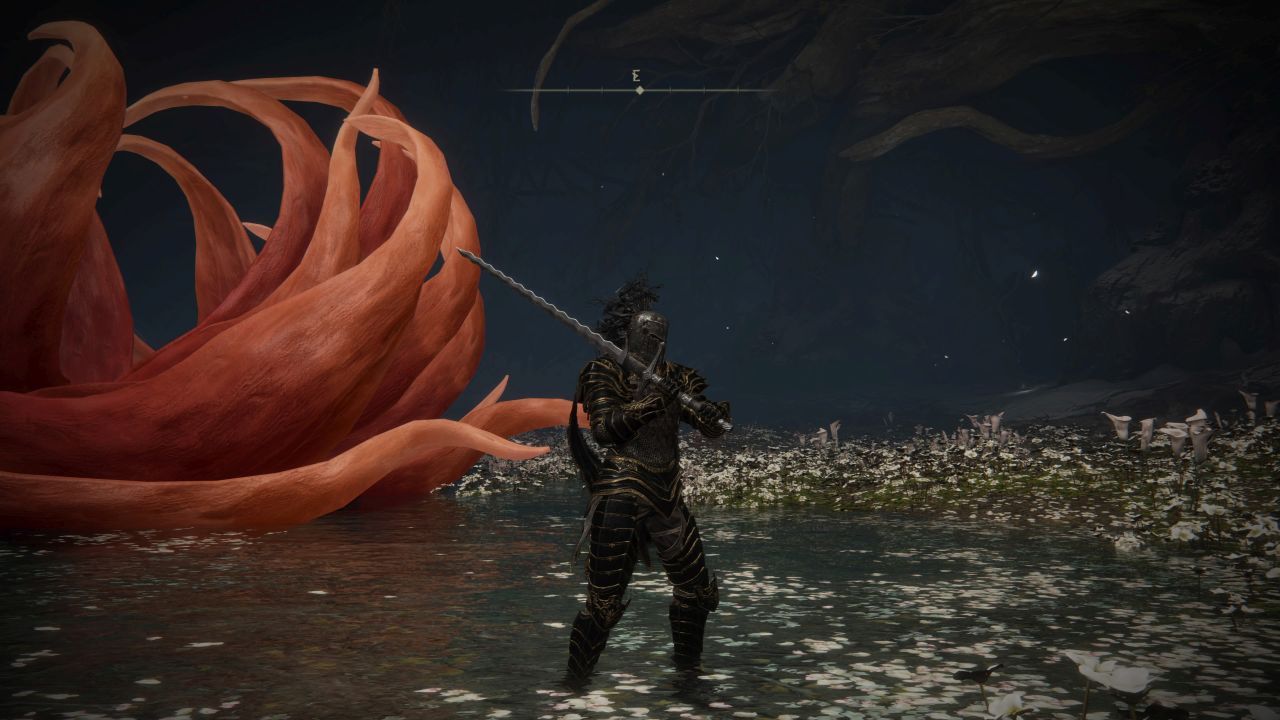 The Flamberge is a rather versatile Greatsword that deals decent physical damage and has Blood Loss as a passive ability. If you want to get the most physical damage out of it for a strength build, equip a Heavy Ash of War on it (Lion’s Claw, Upward Cut, etc.). When you do so, the weapon will only scale with Strength at level B and maintain its blood loss passive. You can deal even more, and lethal damage to even the toughest foes with this.

To obtain the Flamberge, you have to find it at Redmane Castle. It’s by a Pumpkin Head enemy.

Most Curved Greatswords have some kind of gimmick or primary damage stat to scale off of since most of them deal Blood Loss. However, if you like their playstyle and want that raw damage, the Beastman’s Cleaver can do just that. You can either keep it as is or put in a Heavy Ash of War to make it scale even more with Strength.

To get this weapon, you have to farm Azula Beastmen in hopes that they’ll drop it. They are only found in the Crumbling Farum Azula area of the game. It can either be accessed through the Four Belfries portal or by late-game story progression. 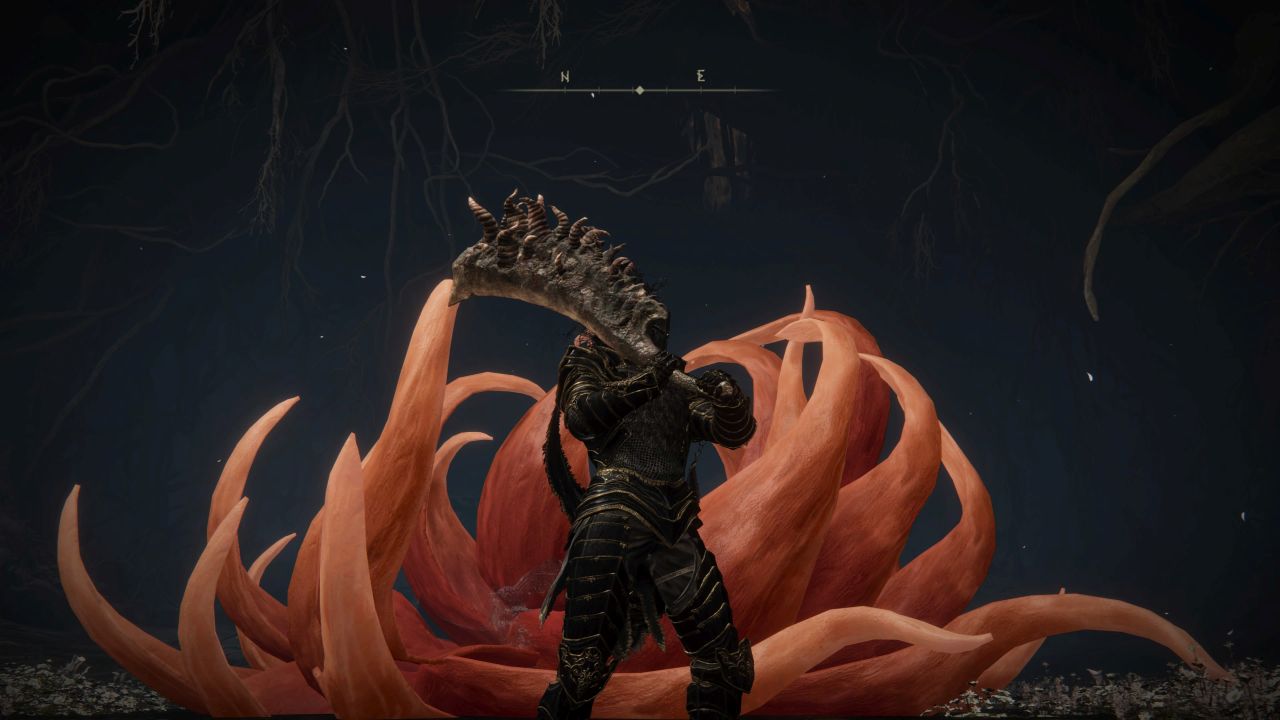 This is one of the few Great Axes that has passive Blood Loss in it. It’s also a strength-based weapon, meaning that you can dish out big chunks of damage with occasional bigger damage thanks to the bleed buildup. You can also put Strength Ashes of War to further tune it to scale with Strength.

This weapon can be obtained by either Omenkiller you encounter. They are fought at Volcano manor or Perfumer’s Grotto. 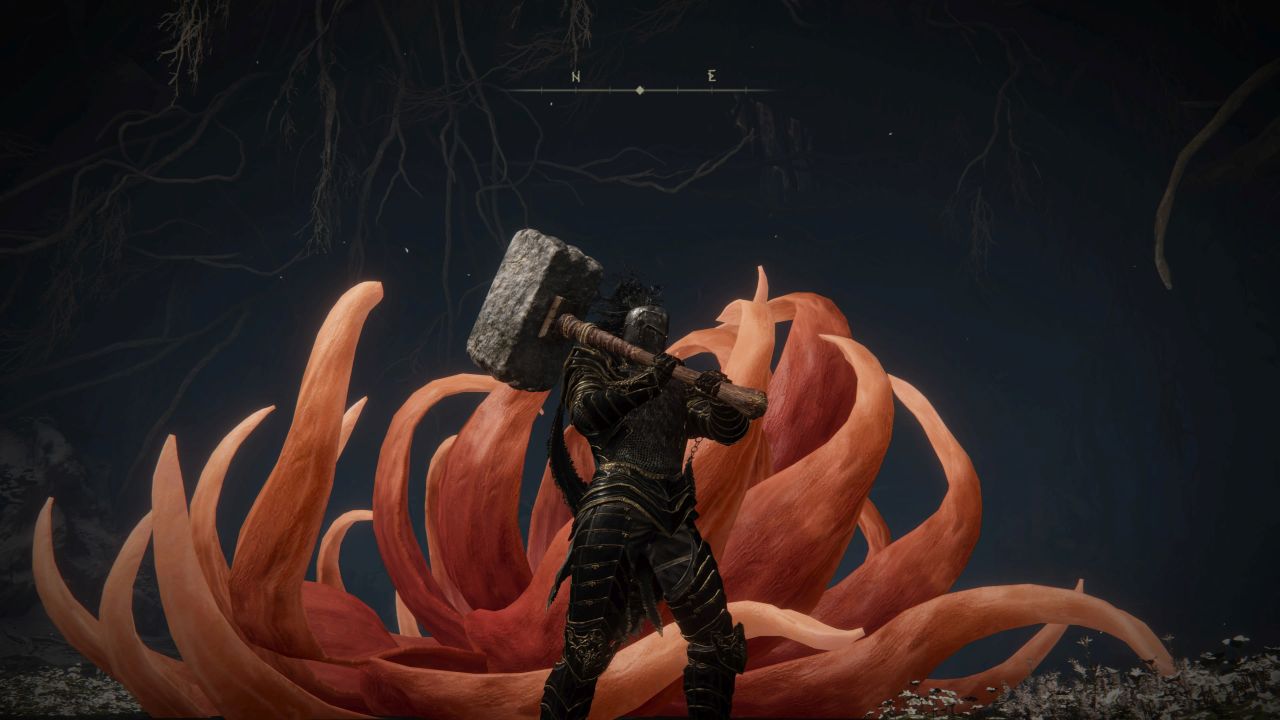 The Brick Hammer is an extremely strong Strength weapon because of its high base damage and its capability to stagger enemies. It can even break the poise of the toughest bosses, giving you a free hit for a finisher move. You can upgrade its physical damage capabilities further by putting a Strength Ash of War on it so it can scale with an S for Strength.

This weapon is obtained in Stormveil Castle in the Wine Cellar. 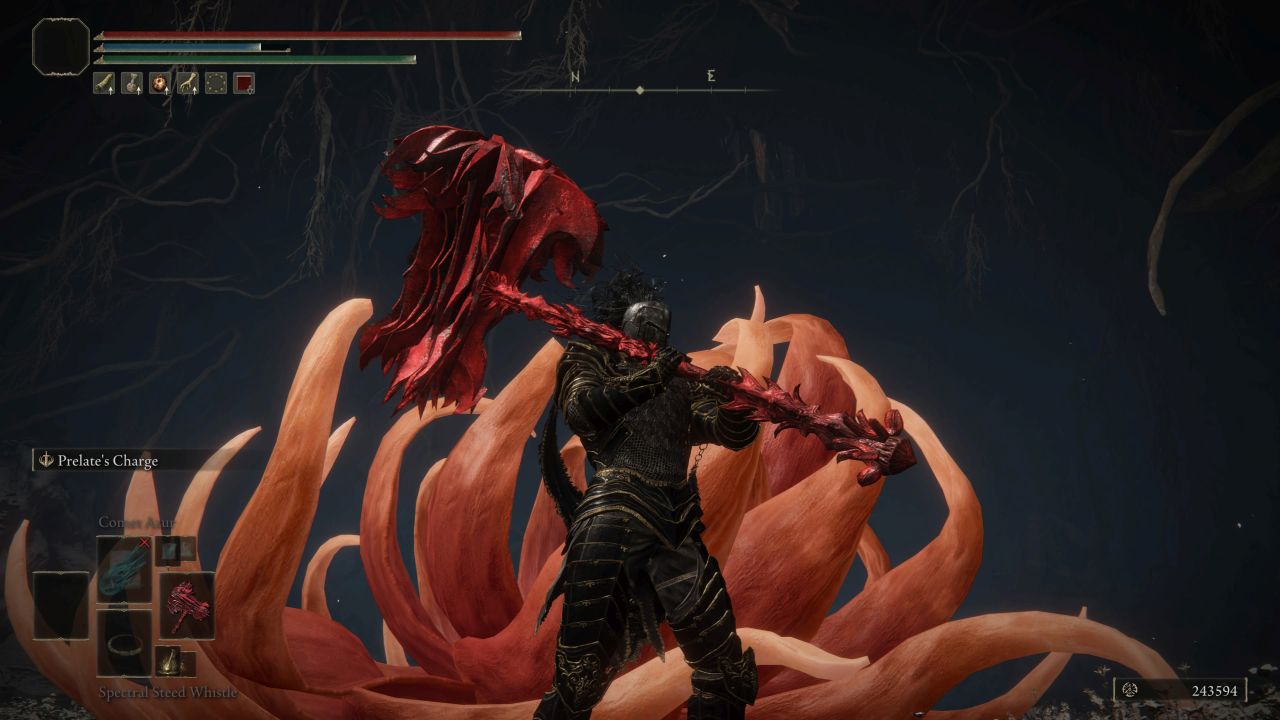 This Colossal hammer has an extremely cool design, but it also hits like a truck. If you give it an Ash of War to prioritize Strength, this can stagger enemies and put them in a finishing position in no time. Not to mention its ability, Prelate’s Charge, is good for crowd-controlling mobs.

The Prelate’s Inferno Crozier is obtained by defeating the Fire Monk prelate enemy inside of Fort Laeidd, west of Volcano Manor. 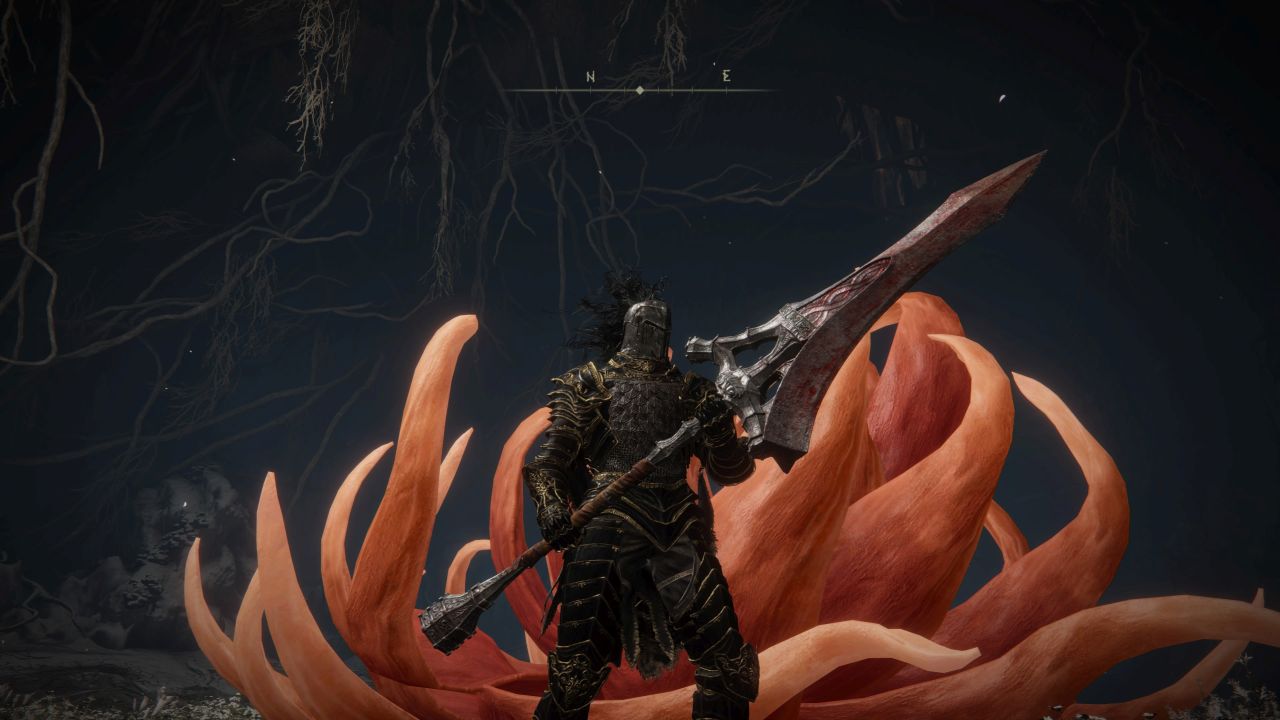 The spear to defeat the Lord of Blasphemy is perhaps the only good Great Spear weapon that scales excellently with Strength. It has good range and has pierce damage, which works well against armored enemies.

To get this weapon, you just have to complete the Volcano Manor questline and reach the Audience Pathway. The spear will be readily available as a drop inside Rykard’s arena.

There are many other strength weapons in Elden Ring that can be considered the best, but that would usually mean that you would have to dip into another stat and get secondary effects. Ashes of War can also make non-colossal weapons scale extremely well with the stat.