How to Plant Reality Saplings Using Reality Seeds in Fortnite

Here's how to easily complete this Chapter 3 Season 3 challenge. Fortnite Chapter 3 Season 3 is finally live, and one of the new zero week quests requires players to plant or summon Reality Saplings using Reality Seeds. These are new items that have been added to the game with Chapter 3 Season 3, so even veteran Fortnite players aren’t quite sure what they need to do in order to complete this challenge. The Reality Seeds that you need can only be found in certain areas of the map and must be harvested from specific items, and planting the Reality Saplings is a strange process as well. Once you figure out what to do though, it’s not too hard. Here’s how to plant or summon Reality Saplings using Reality Seeds in Fortnite.

How to Get Reality Seeds in Fortnite

The first step of this quest is acquiring Reality Seeds, which can be obtained by destroying seed pods near the giant purple tree at Reality Falls. This is a new POI that can be found on the western side of the island near Groovy Grove and Rave Cave, which have replaced Greasy Grove and Command Cavern from last season. The seed pods are round purple pods attached to the roots of the tree. You can see what they look like in the screenshot below. 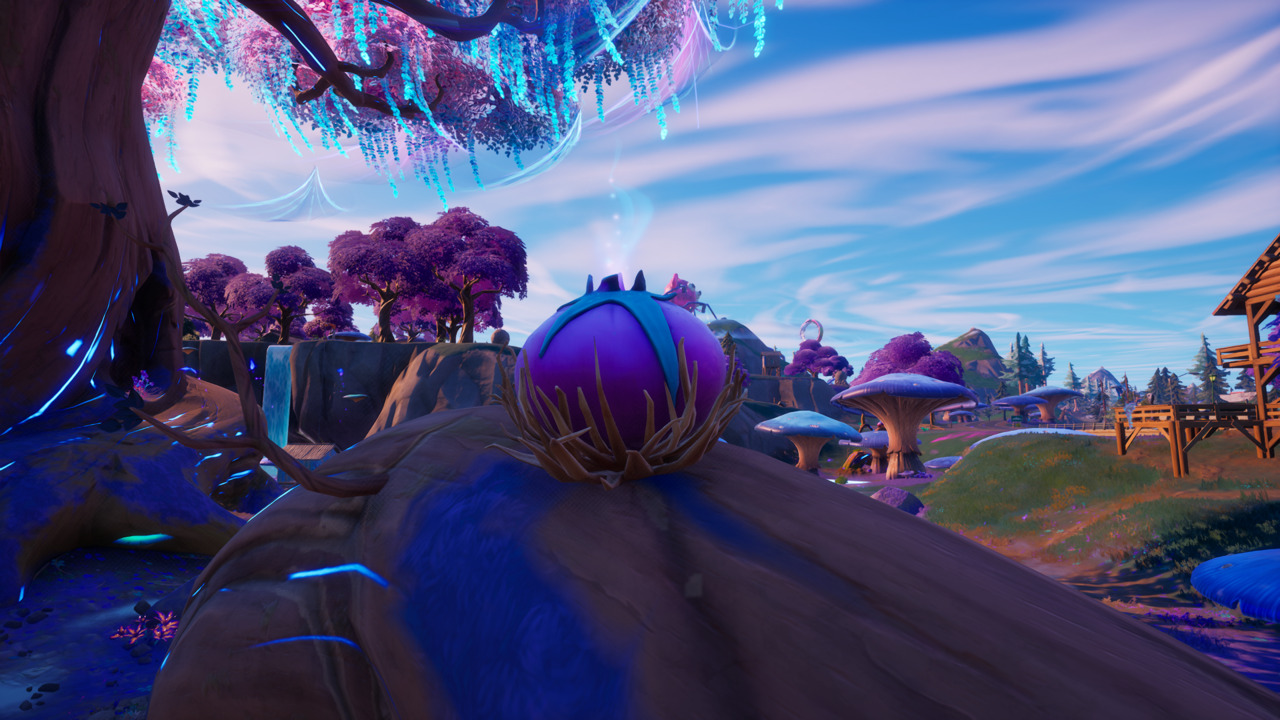 Once you destroy a seed pod, either with a weapon or your pickaxe, they will drop Reality Seeds. These Reality Seeds will hover around the pod for a short duration before slowing gliding to the ground below where you can collect them. Each pod will drop roughly 2-3 seeds.

How to Plant or Summon Reality Saplings in Fortnite

Reality Seeds are throwable items like grenades, only they’ll spawn a Reality Sapling when thrown as long as there’s empty space on the ground. You need to plant a few of them in order to complete this quest, so be on the lookout for seed pods when you’re near Reality Falls. You can do this challenge across several matches too, so don’t worry if you get eliminated before you can find any Reality Seeds.

Reality Seeds are sort of the replacement for Tents this season. They persist in the same location each match, rewarding you with better loot every time you “weed” them by interacting with them. They can eventually give you Mythic-rarity gear if you nurture them enough, so be sure to plant them in a location that you typically visit every match. They’re a great way to get guaranteed loot each round.

Fortnite Chapter 3 Season 3 has added a ton of new stuff to the game in addition to Reality Saplings. Darth Vader is the highlight of the Chapter 3 Season 3 Battle Pass, awarded upon reaching Page 10, and Indiana Jones will be available to unlock later this season as well. There are also plenty of new quests to complete at the start of this season, including checking out new POIs like Groovy Grove, Reality Falls, and Rave Cave.