Head to the new yellow icons, but make sure you've got the gold. 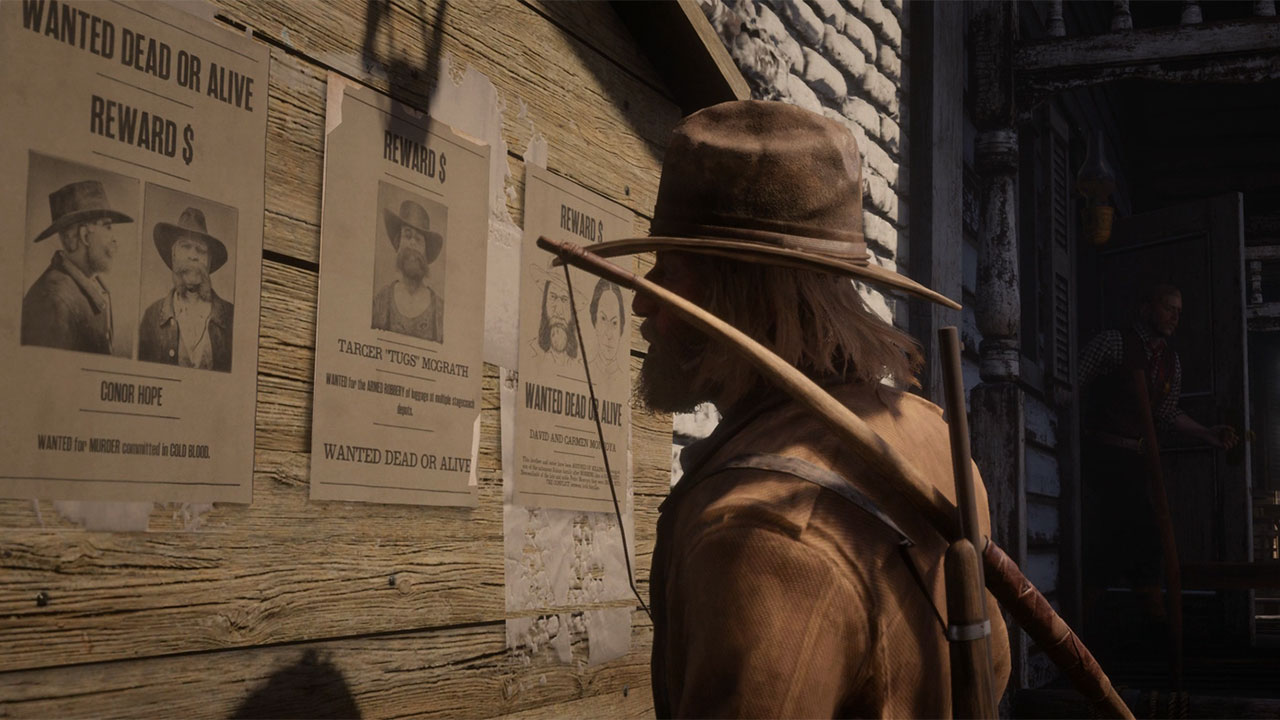 With the latest update to Red Dead Online, players can now assume the role of a Bounty Hunter, Trader, or Collector when firing up the game mode.  When starting Red Dead Online after applying update 1.11 you will notice that there are numerous options on the main menu for Red Dead Online that allow you to pick from different options.

How to Start Bounty Hunter

After a brief explanation on being a Bounty Hunter, you will learn that you need to purchase a Bounty Hunter’s license from the Sheriff.  This will cost you zero gold IF you’ve linked your Rockstar Social Club Account with your Twitch Prime BEFORE September 8th.

Otherwise, the license will cost you 15 Gold Bars.  Once you’ve purchased the license you will then be able to access Bounty Boards and new missions across the map.

How to Start Trader Role 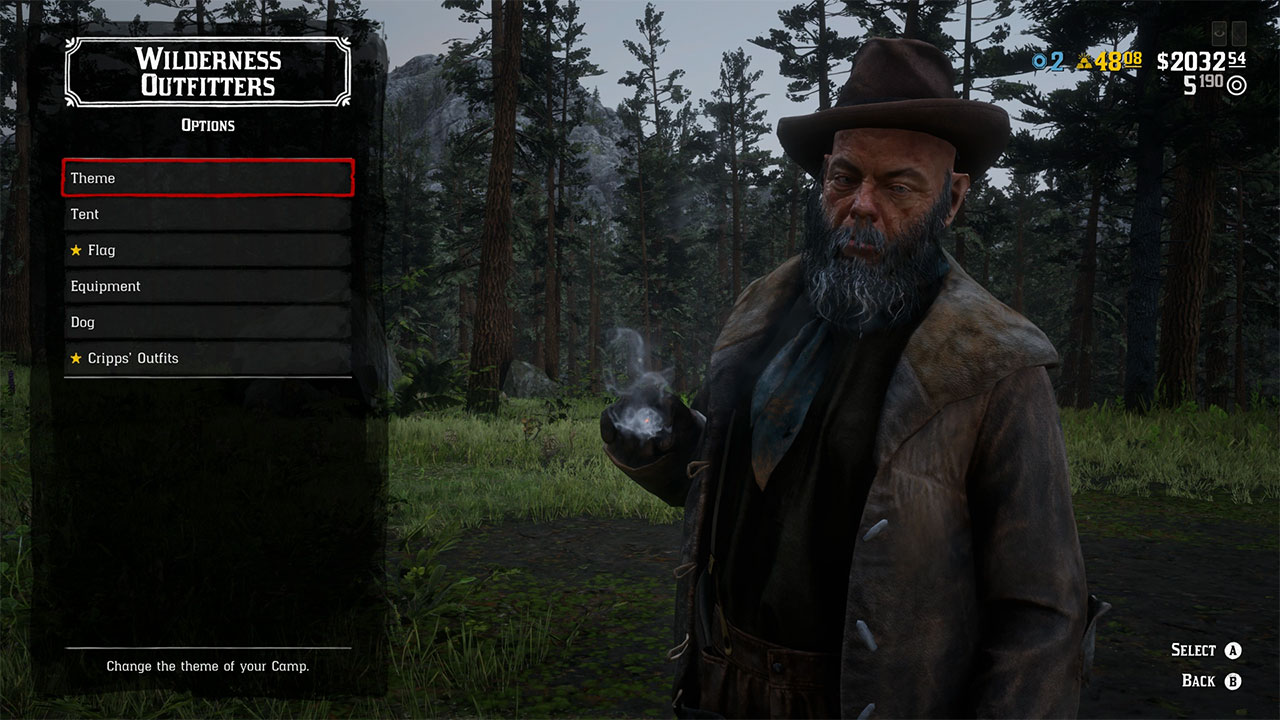 If you don’t have an active camp, you can quickly create one by heading into the menu by pressing left on the d-pad and selecting camps.  After reading the letter it will ask you to meet Cripps at the General Store.  This is noted by a yellow icon with a circle on the map.

Once you meet Cripps in Armadillo he will explain the Trader Role.  This role will also cost you gold to start as you will need to purchase a Butcher Table for 15 Gold.  If you pass on the trader role initially you will be able to purchase the Butcher Table later on by heading to your camp and purchasing it from the Wilderness Outfitters there.  Just head to Cripps and interact with him to open the Wilderness Outfitters options.  Select Equipment and you will see the Butcher Table available for purchase.  Again, this will be free if it is your first role AND you’ve linked your Twitch account prior to September 8th OR will be 15 Gold otherwise.

Purchasing the table will immediately trigger a timed mission where you will gather supplies from Thieves Landing. This is a timed mission, and delivering the wagon will officially begin the trader role and give you a starting supply of materials.

How to Start Collector Role 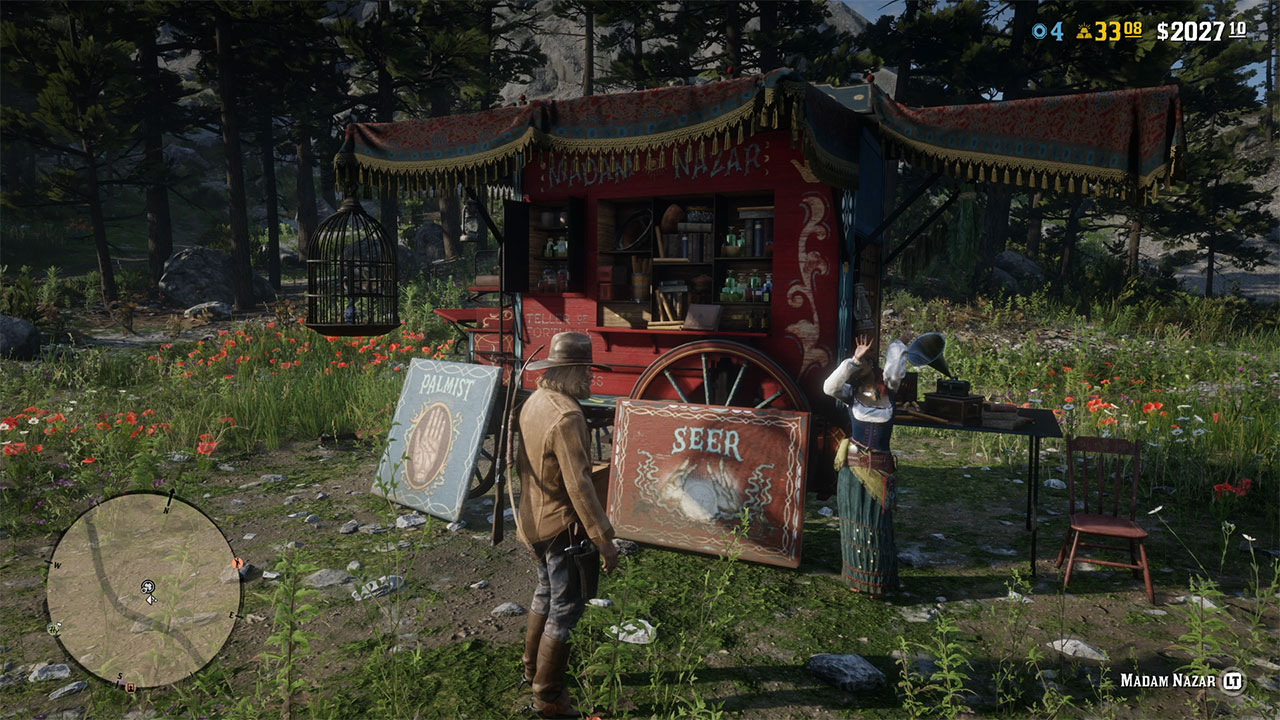 To start the Collector Role you will need to head into the East Grizzlies Region between Moonstone Pond and O’Creagh’s Run you will find a yellow marker to start the “To Become a Collector” Mission.  Heading to this location will trigger yet another cutscene which allows you to start the Collector Role.  The fortune teller, Madame Nazar, that you meet will start you off on the path of being a collector, to do this you will need to purchase The Collector’s Bag for 15 Gold.  (Again if you have already linked your Twitch Prime prior to 9/8 you can get your first role free).

If you decline to purchase the bag on the spot you can find Nazar, but she might not be in the same place.  After your initial meeting her icon can be found on the map, where visiting her again will give you the option to purchase the bag and start the Collector Role.

Madame Nazar will move around so if you decline the role she will be in a new location at a later date.  Purchasing the bag will give you access to collecting new items, and more importantly, a map that will show you collectible locations.

Tracking your progress in each role 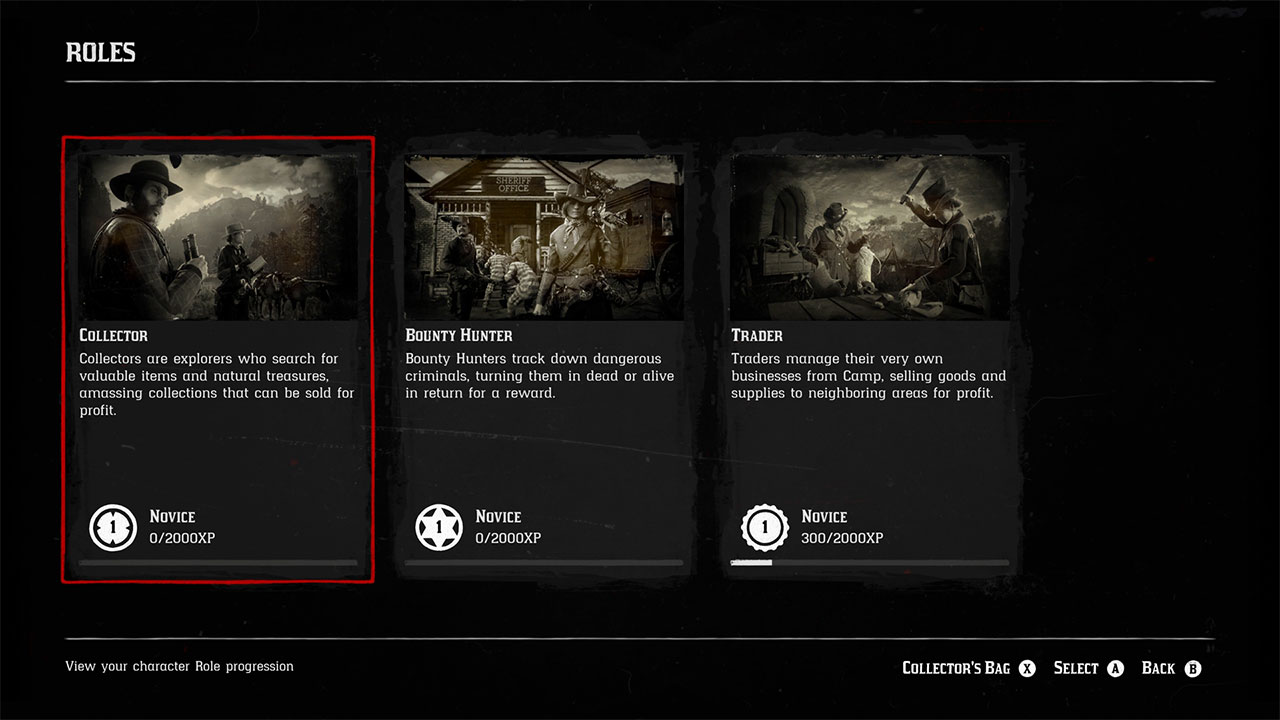 You can choose to pursue a single role in Red Dead Online with the Frontier Pursuits or any combination of the three.  Once you’ve paid the gold for either the Bounty Hunter, Collector, or Trader you will be able to level up the role to earn unique rewards

With the Frontier Pursuits update in Red Dead Online you will now have a new option in the menu Progress section of the menu which allows you to track your progress within each role.  Simply pause the game and open the Progress Menu > Roles  and then you can see your rank in each role and the upcoming rewards for your progression.  In each role you can earn special tokens that allow you to unlock kits.