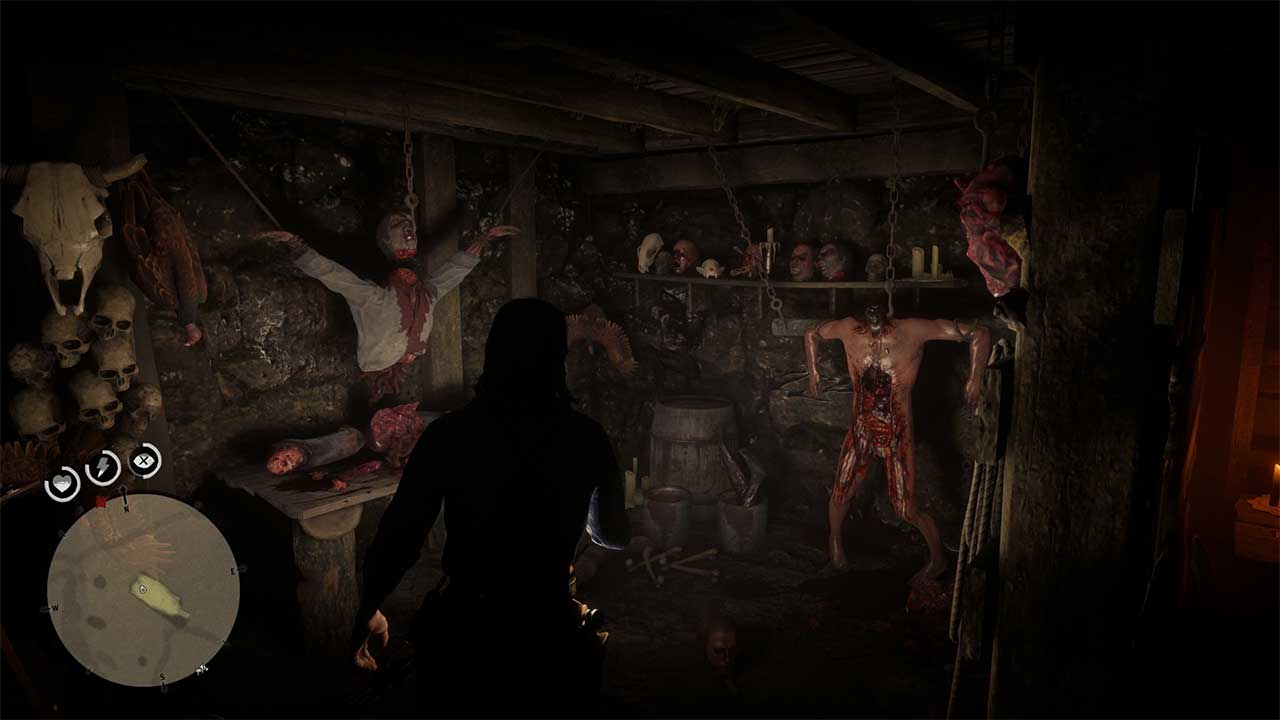 There is a serial killer on the loose in Red Dead Redemption 2.  The killer has been comitting heinous crimes across the region, dismembering citzens and leaving clues.  The Serial Killer Mystery is an optional side quest that you can stumble across by exploring the game.  The Serial Killer quest will start once you’ve found the first map piece. You’ll first encounter the serial killer in West Elizabeth.  The first corpse that you find with be dismembered, with the victim’s torso tied to a big rock and the severed head on an adjacent rock.  The words “Do you See?” are painted onto the words of the big rock.  To begin the quest, head over to the severed head and pick up the note that will lead you to location 2.

The clues that the first piece give you aren’t much to go on, but what you’re going to be looking for is a spot that looks like the spot on the clue.  This area is located in Lemoyne, south of the town of Rhodes.  While you don’t have to complete this mission in one go, if you want you can head back to Wallace Station to fast travel to Rhodes to keep on the hunt.

When you get to Rhodes you are going to want to head south into the towards the Braithwaite Manor.  The vicitm’s location is just west of the Braithwaite Manor, with another dismembered victim.  This time, the head is on a pike next to the tree, with the body strung up in the tree with the word behold painted on to it.  Inspecting the head will give you your third clue. 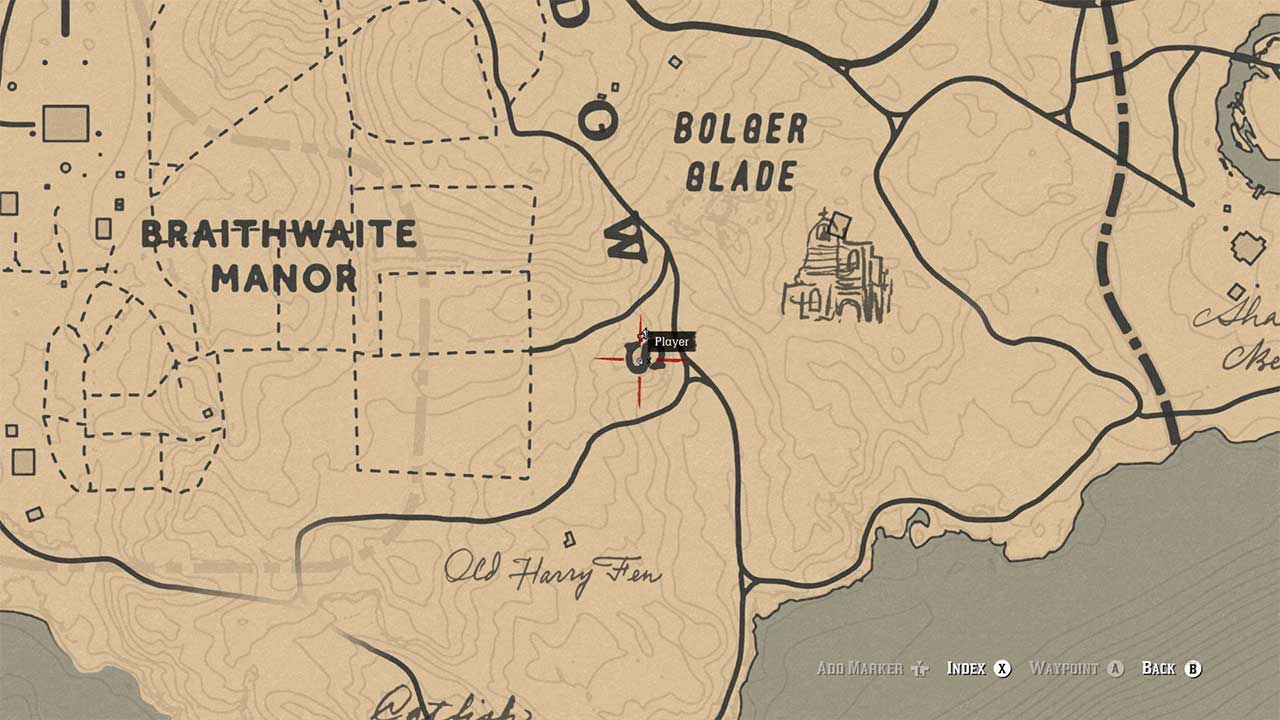 The third piece to the Serial Killer mission is located just south of Valentine along the train tracks.  You can fast travel to Valentine by heading back to Rhodes.  The third body is located below the train tracks and is tied to the bridge below the tracks.  Once you get there you’re going to want to head south to the location in the map below.  The location will have similarly dismembered body and a final clue with another location to uncover.  Pick up the map from the head and then head to the final destination. 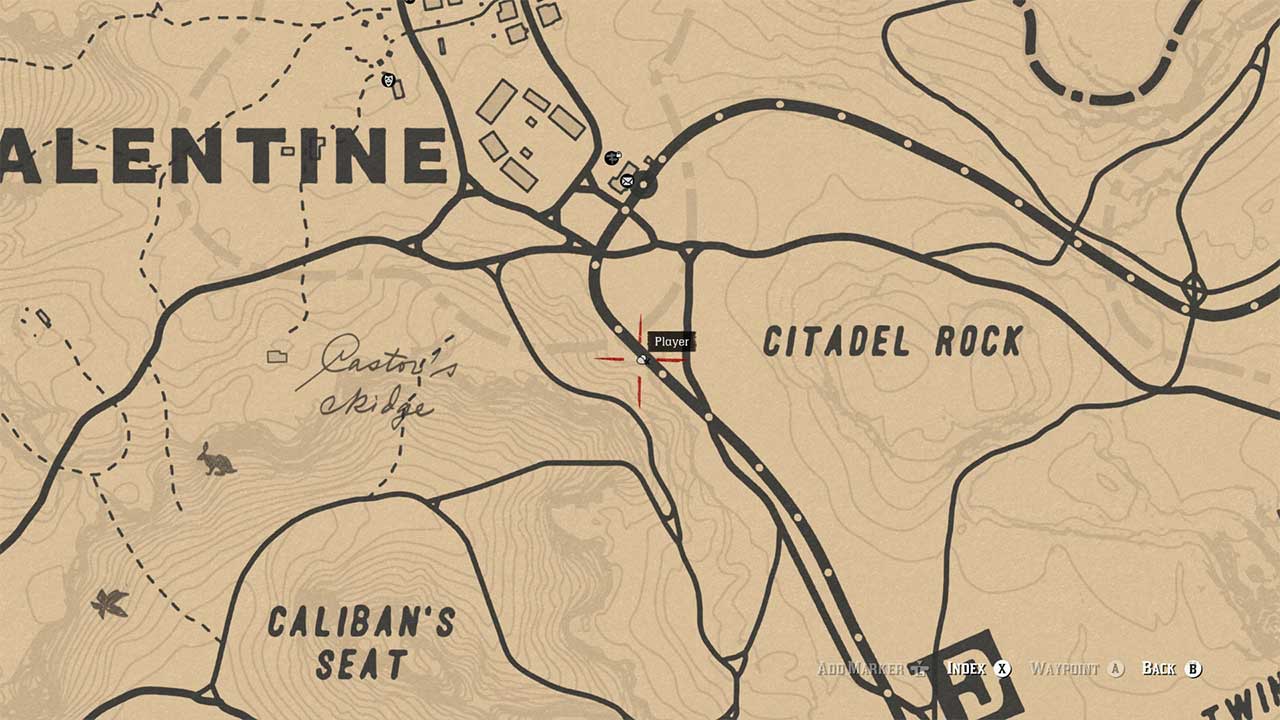 With all three pieces of the map you will put them together to form one bigger map.  It will show you a broken down house, a bridge, and a safe combination when put together.  At this point you’re close to completing the Serial Killer mission.  The final area is just a short horse ride away, southwest of Valentine, just north of Castor’s Ridge.  On the back of the map it reads “Can You Find Me” apparently written in blood.  Once you’ve got this pieced together a white fog that usually designates a stranger mission will appear on the map.  Head in to find the killer. In this basement you will uncover a letter from the killer’s mother, a letter to the editor of a location newpaper, premium cigarettes, and other consumables.  The basement is full of skulls, knives, and dismembered bodies.  Venturing deeper into the basement, you see a knife and must inspect it.  Once you do, the killer will appear out of the shadows and attack you.  After a struggle you must take the killer to the Sheriff’s office in Valentine.