Use every bit of information to uncover the grave site locations. In Red Dead Redemption 2 not everyone in your gang is going to survive. Across the course of the game you’re going to lose some friends. One of the collectible challenges in the game is to find the gravesites of each of these fallen friends and pay respects to them. To find the grave sites in Red Dead Redemption 2 you’re going to need to do a little detective work and put together clues to direct you to areas where you’ve buried these people.

Across the course of the game and in moments that you never see, some characters die. These events are highlighted in the in-game journal and some actually happen during missions and cutscenes. Finding the gravesites will require that you head to locations where these characters were last seen or talked about in the game.

This guide contains spoilers and can only be done after the story is completed in Red Dead Redemption 2. One of the first people to die in Red Dead Redemption 2 is Davey Callender. You never meet him, but he is talked about in your Journal entries. To find Davey Callender’s grave on your own, you will get the clue from the journal to find his last known location. He was last with the gang when they were at the Abandoned Mining Town in the Colter.

Exploring Colter you will find Davey Callender’s grave site. Find the tomb stone and press Y to pay respects to unlock one grave site. If you would rather just go directly there the map above shows his exact location.

More gravesites that are story spoilers will be added here shortly. Jenny is also in the same region that you’ll find Davey.  Way up in the snowy mountains at the top of the Spider Gorge.  Just use the map above to find the location Jenny’s grave.  It will be a lone grave with a wooden cross nestled by some trees in the snow. Eagle Flies’ grave is located on a cliff side in Donner Falls.  The Native American chief is a big part of the main storyline in Red Dead Redemption 2 and the his grave is a group of stones with a post sticking out of the ground.  It is not marked with a tombstone or cross.  Use the map above for the exact location of Eagle Flies.  You’ll find him just southwest of the Wapiti Indian Reservation and just north of Bacchus Bridge. Arthur Morgan’s grave can be found somewhat close to Eagle Flies on the east side of Donner Falls near the Mysterious Hill Home.  Head to the hill home and while looking directly at it from the front you can go up the mountain and to the right to a little overlook area that has Arthur’s grave.  Charles says that he buried Arthur somewhere nice in the game, and he’s certainly got a nice view.  The grave is marked by an elaborate cross. Susan Grimshaw’s grave location is in New Hanover, on a ridge, overlooking the Kamassa River.  The grave is underneath a tree at the top a hill.  Her body is covered by dirt and the grave is marked by a wooden cross with her name on it.  Use the map above to get there. 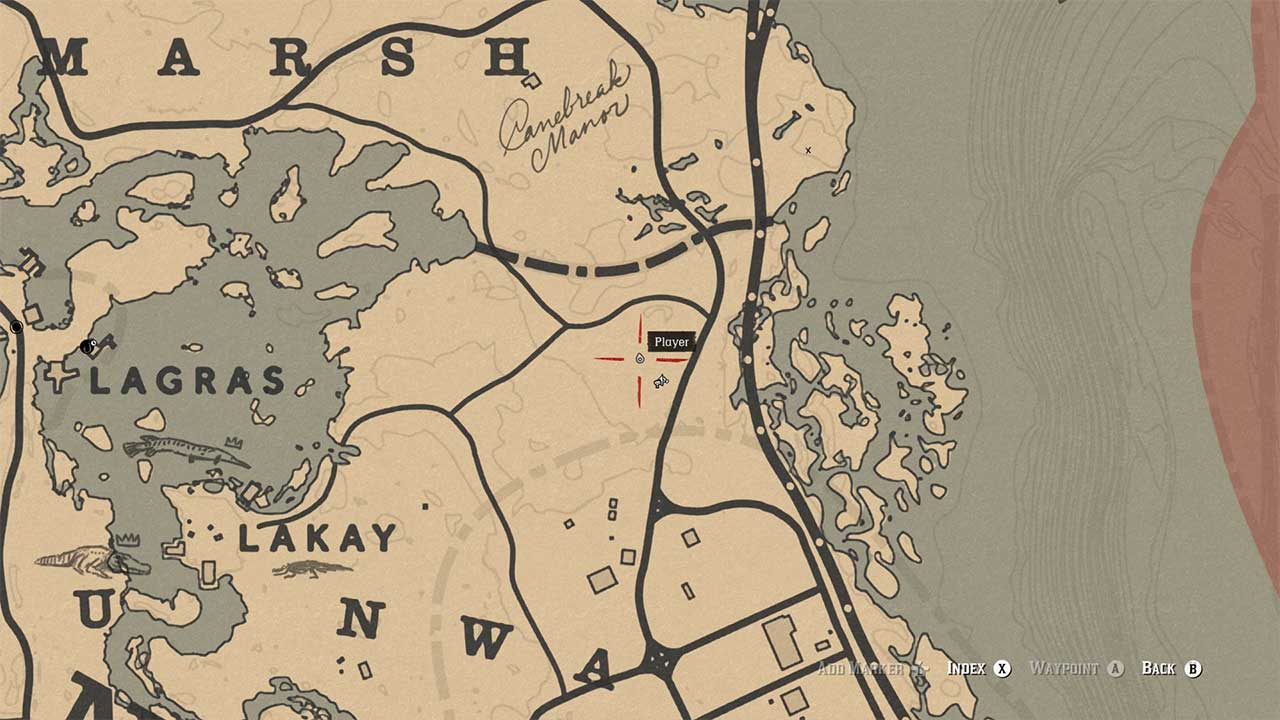 Lenny and Hosea die around the same time in the story and hence they are buried right next to each other.  The pair of graves are located in Lemoyne, just north of Saint Denis and east of the Lagras lake.  Under a big tree there are two tombstone style graves with the burial sites of Lenny and Hosea. Sean Macguire’s grave site is located just north of Clemens Point in the Scarlett Meadows.  Northwest of the town of Rhodes you will find Sean’s grave which is marked by a stones and a wooden cross.  Sean’s grave is nestled in a group of trees at the map location above. Hitting all nine of these grave sites will unlock the Paying Respects trophy as well as add to the 100% completion of Red Dead Redemption 2.