This rogue swordsman can be tricky to defeat 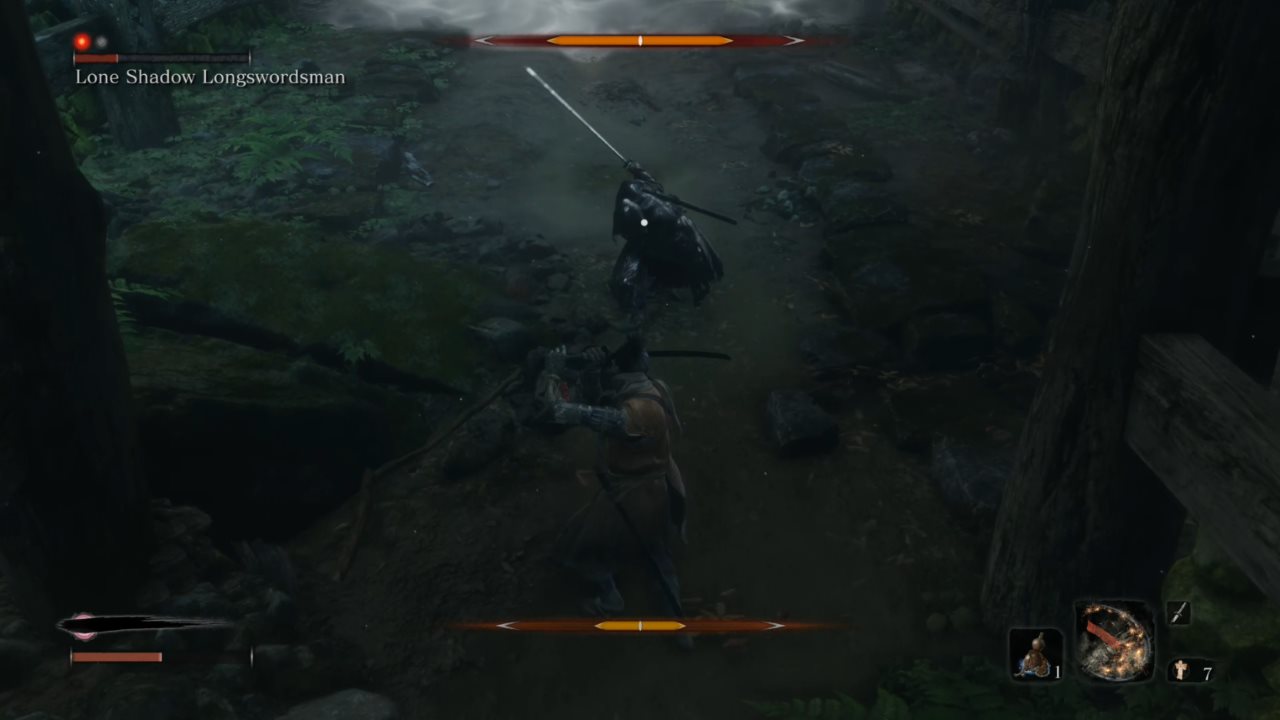 FromSoftware games are known for their challenging, often frustrating boss battles. Few compare to Lone Shadow Longswordsman though, at least in my opinion. This guy sits at the bottom of a hole in Ashina Reservoir, waiting to take you on. And he’s ready. If you want to proceed with the rest of the game then you need to be ready soon. While there’s no quick way to take him out, some tips will be a big help. Here’s how to beat Lone Shadow Longswordsman in Sekiro: Shadows Die Twice.

How to Beat Lone Shadow Longswordsman

First off, you might think you can’t get an early deathblow on Lone Shadow Longswordsman, but you can. There is a second hole further up the hill that allows for a plunging deathblow from above. You can use this or the alternative method that involves kiting him a bit for a backstab.

To do this you’ll need to go down into the hole to trigger the start of combat first. Once the boss starts to focus on you, run away up the steps and out the original hole using your grapple. Once outside just linger, moving a bit further away, even grappling to the nearby tree if you need to. What you want is for him to lose his focus on you, which is shown by his health bar disappearing in the top left of the screen.

Once this happens, make your way back into the hole, making sure Lone Shadow Longswordsman doesn’t see you. Sneak up behind him or jump on top of him to deliver the first deathblow, eliminating half his health and making for a much easier fight to come. Not to say it’s easy, just easier. Keep that retreat path in mind though. Whenever combat gets to be too much, or you need some space and time to heal, head back out and take a breather. Just be sure to go back in, since losing focus now will restore his health entirely.

The rest of the fight doesn’t have a lot of tricks to it. Lone Shadow Longswordsman is a powerful foe, focusing on strong sword attacks. Learn his patterns and watch for opening, striking once or twice at most. Firecrackers do well here at distracting him, just be sure he’ll be within range and that your animation doesn’t allow him to attack you instead. He also goes for a fair number of lunges. Watch for these and use your Mikiri Counter when you see one coming.

Another good opening is when he jumps into the air. Dodging this will usually give you a chance to strike once, but watch for the followup perilous attack. Another hazard in this fight is Sekiro’s camera, which can get wonky in the tight space. Use the hallway behind you to your advantage, drawing Lone Shadow Longswordsman over there, or running that way and using it to recent yourself or reacquire your target.

As always, watch his posture gauge. If you can get some solid Deflects or deliver some Combat Art moves it will fill quickly. Using some Ako’s Sugar, Gokan’s Sugar, or Ungo’s Sugar will give you a tiny boost in this fight. Still, it mostly comes down to pressing your attacks, staying aggressive, and still keeping up your defense enough to get some attacks in when he gives you an opening.

Follow all of these tips and you’ll know how to beat Lone Shadow Longswordsman in Sekiro: Shadows Die Twice. That doesn’t make it easy, but it should save you from a few unnecessary deaths.