Yes, you can actually kill it. 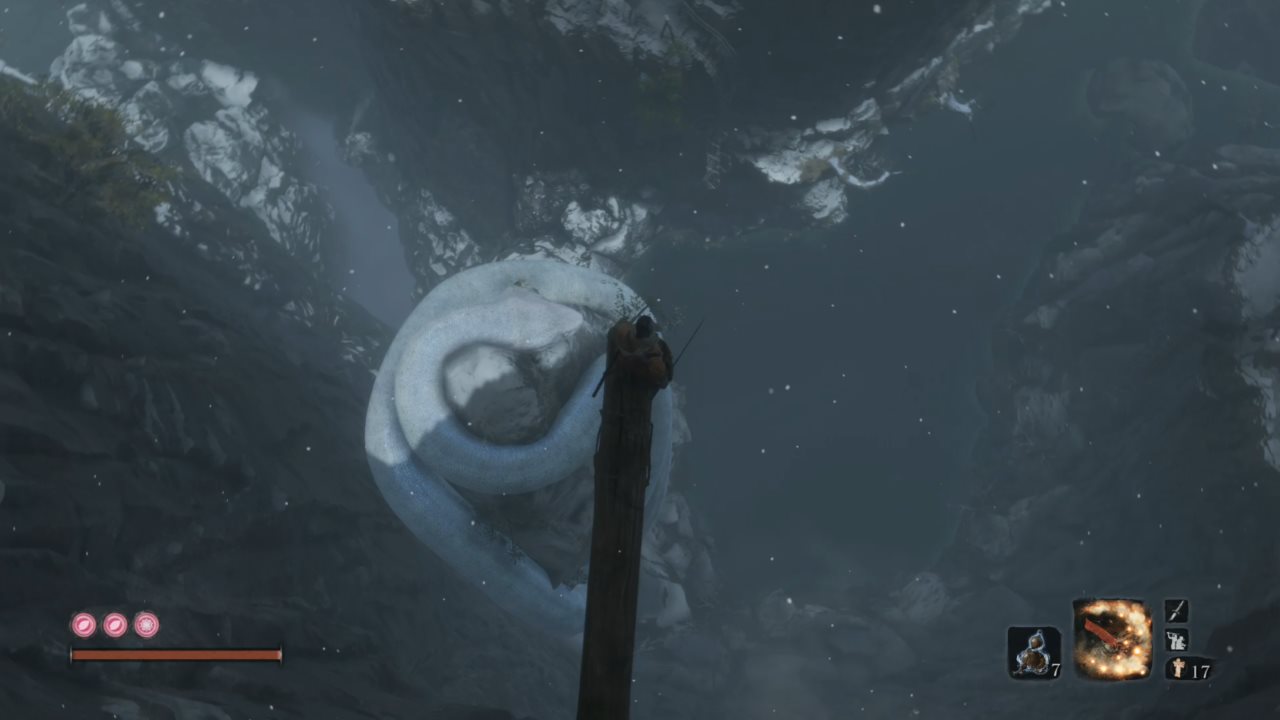 While making your way through the world of Sekiro: Shadows Die Twice you’ll run into a Giant Snake, referred to in the game as the Great Serpent. While you encounter him pretty early in the game, he actually makes a few return appearances throughout the adventure. In one of these you actually get the chance to finally beat him, slicing him open and ripping out the sweet reward that lies inside. Here’s how to kill the Giant Snake or Great Serpent in Sekiro: Shadows Die Twice.

How to Kill the Giant Snake (Great Serpent)

The answer comes pretty late in the game, and requires a lot of endgame materials and maneuvers. This is all pretty heavy on the spoilers, so abandon now if you don’t want to hear about some of the final missions and things you’ll unlock. With that out of the way, let’s go over how to actually beat the giant snake for the last time.

First off, you’ll need to have played through most of the game, beating Genichiro and retrieving the Mortal Blade. After you do this you receive two things. Rice and a new Ninjitsu move that allows you to control the dead, if you delivered a deathblow to them. This is the key to that kite you may have seen in Senpou Temple. Follow that guide to see what to do next in order to kill the Giant Snake.

Once you’ve done that, all you have to do is follow the path laid in front of you. On the ledge you land on turn right and grapple on the trees nearby. You’ll end up on another ledge with a cave nearby. Walk through that and jump down to the next platform. Below you you’ll see the Giant Snake or Great Serpent. This is the one who knocked you off the bridge way back in the Sunken Valley, if you’ve been there already. And now it’s time for payback.