This unique Shinobi Tool can be found in the Gun Fort. 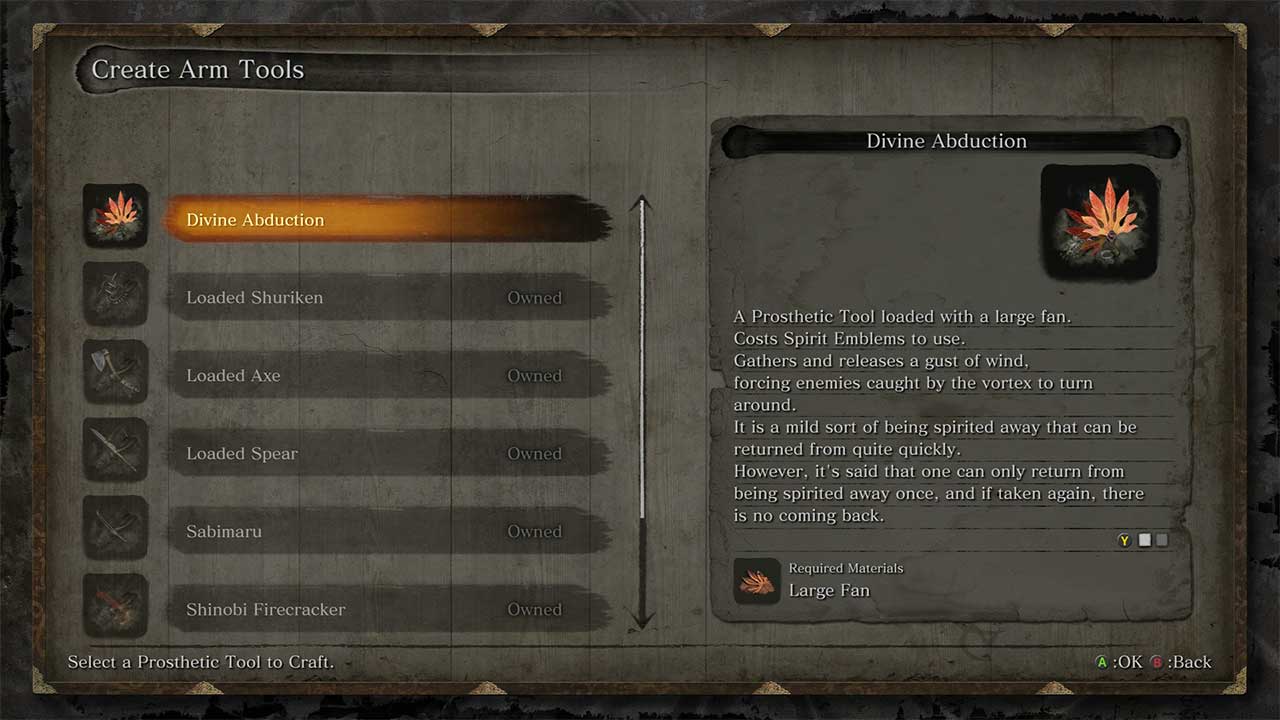 How to beat the Long-Arm Centipede Giraffe 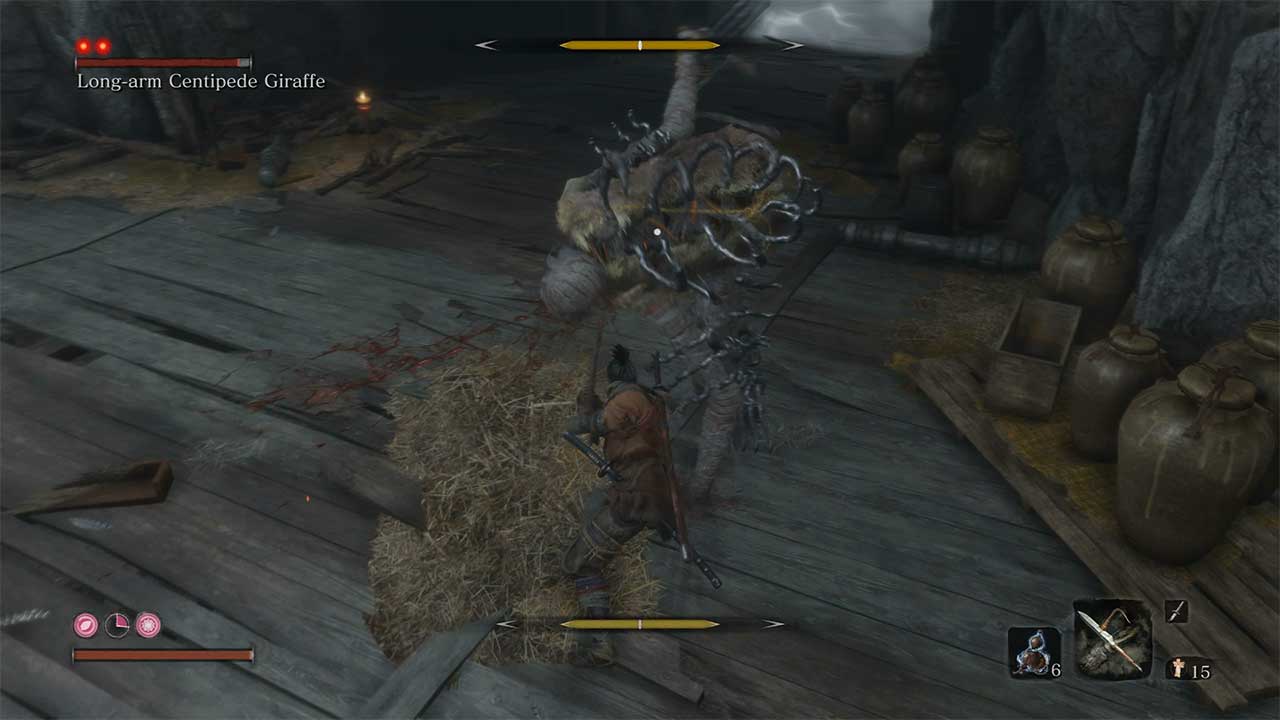 You can either take out the mini-boss named “Snake Eyes” or you can progress past him via a ledge to the left.  Head up the mountain side to the left and take out the shooters as you go.  Once you reach the top of the valley you will be in the actual Gun Fort.  This area will have a big red flag and sharpened fence posts with quite a few canon and gun wielding enemies to take out.

Head into the cave within the Gun Fort and you’ll eventually come to a room with an enemy called the Long-arm Centipede Giraffe.  This enemy requires two Deathblows to beat, but he is guarding the item that you need – The Large Fan.  To beat the Centipede Giraffe you simply need to block his long melee combos and get in a couple when you can.  His posture meter will fill quickly as you block his attacks.

After he is defeated you can grab the fan and return to the Sculptor who can craft the Divine Abduction for your Shinobi Prosthetic.