Each monkey has a weakness. 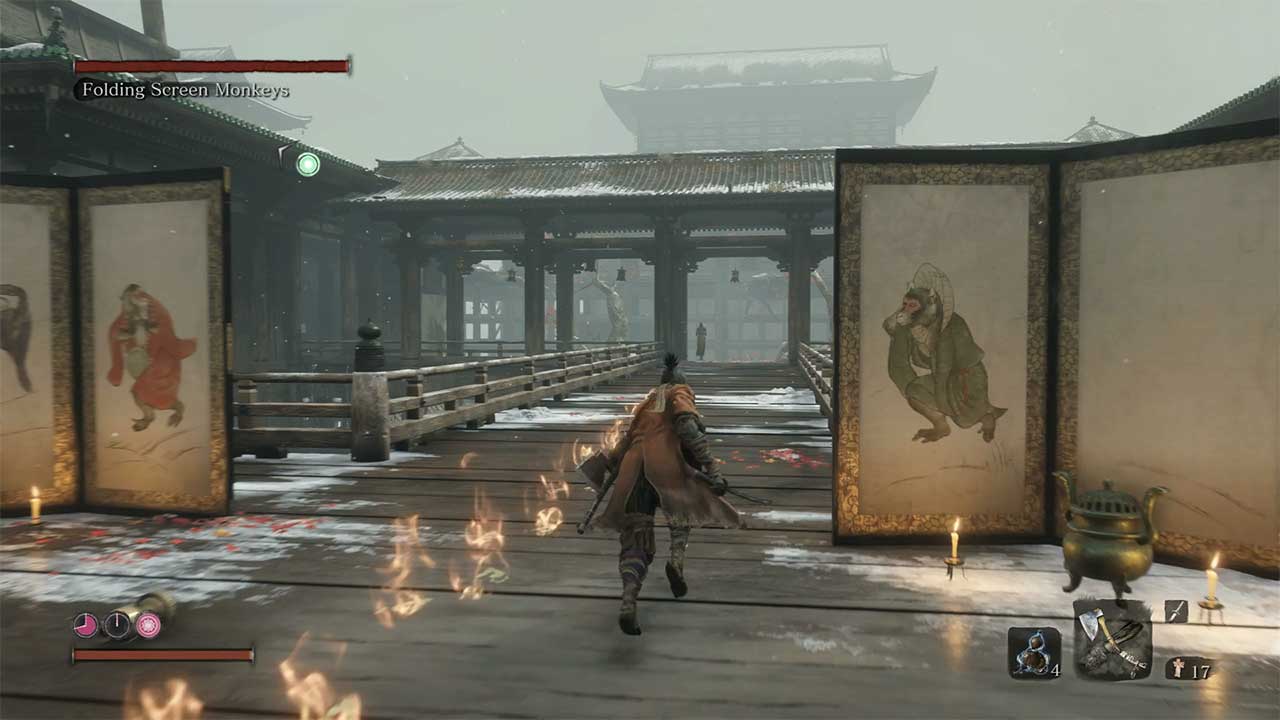 As you drop into this location for the first time it isn’t quite clear what you need to do to solve this puzzle.  There is a folding screen with three monkeys on it and there are monkey apparitions roaming the area.  This guide will explain how to beat the Folding Screen Monkeys and what you need to do to get past this part of Sekiro: Shadows Die Twice.

Once you’ve been introduced to the area you’ll want to head straight down the wooden pathway to the NPC that is waiting at the end of the bridge.  This is the Illusory Hall Monk and he will give you descriptions and tips on how to beat each monkey.  There is a purple kimono monkey, an orange kimono monkey, and a green kimono monkey.  Each one has unique traits.  Below are the descriptions from the monk.

How to find and kill the monkeys in Sekiro

Defeating all three monkeys will then unlock a fourth monkey that you must execute.  This fourth monkey is considered an extraordinary enemy and will drop you a memory which allows you to increase your power.

Next you’ll want to track down the Purple Monkey.  This monkey’s eyesight is good, so you’re going to need to use a little trick to kill it as it will always see you coming.  In one of the buildings in the temple there is a door that can be opened that will extinguish the light sources in the room (Candles).  Open the door and then force the monkey in the room by chasing it (his natural runaway pattern will lead him to the room).  Once he’s in the dark room he will not be able to see you.  Simply sneak behind him and then Deathblow for a one-shot kill.

There are multiple areas that you can find the Green Monkey.  We found him at the top of one of the buildings, but there are numerous buildings that have sound levers that you can pull to cover the sound you make.  When you find the green monkey he will unlikely be able to see you.  Circle behind for a instant deathblow kill.

The final monkey will remain invisible.  We used the sound it was making to find its location.  When we got to this location, the final monkey appeared and then we killed it to complete the Folding Screen Monkey Level.  This battle is one of stealth.  Killing the monkeys does not require much skill, but actually getting close to them is the real puzzle.

Upon beating this level you will get a new memory that can be used to upgrade your character, you will learn Puppeteer Ninjutsu, and you will be given access to the Inner Sanctum area.