You actually can behead the Headless 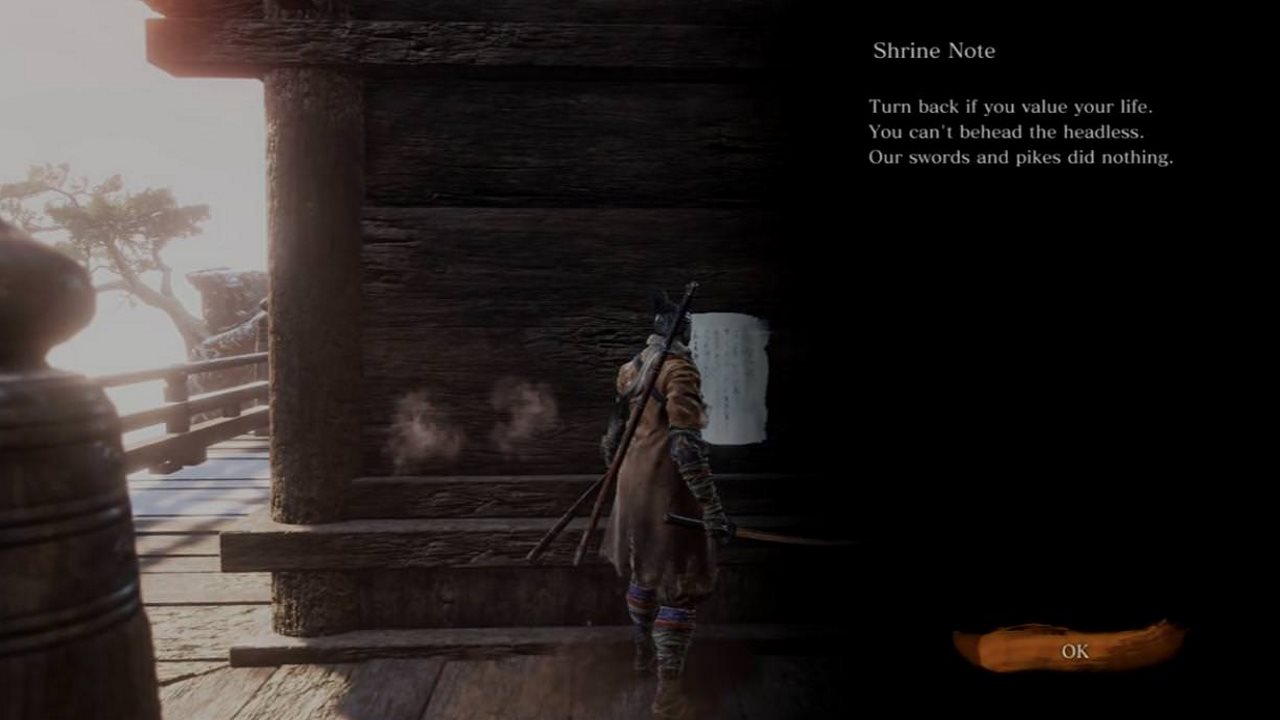 Sekiro: Shadows Die Twice features a lot of bosses that you will have to fight to save the Divine Heir and restore your honor. There’s also a lot of bosses that you might not have to fight, but you definitely should, either because the battle is epic or the rewards are great. Headless is one of the latter, appearing first in a side area of Ashina Outskirts and presenting early players with a massive challenge to overcome. To help, here’s how to beat Headless in Sekiro: Shadows Die Twice.

How to Beat Headless

As I said, you don’t have to fight this guy when you first encounter him, so if the battle is too tough even after reading through these steps just take a break, beat some other bosses like Lady Butterfly, and come back when you’ve leveled up a bit. You also must have a few items in your inventory, so if you don’t have them yet just keep playing the game until you do and then come back to Headless’ lair to take him on. These items are Divine Confetti and Pacifying Agent. You’ll almost certainly want to use Ako’s Sugar as well, so make sure you have a couple of them.

So, with those in hand get ready for a tough battle. Headless has a bunch of magical effects that you need to keep in mind. The first is a mist he casts that slows your movement a lot. This means two things: you want to enter the arena as close to Headless as possible, and you are mostly going to be on the attack here, as retreat is not a viable option.

Before you enter go ahead and use your first Divine Confetti, which will allow you to actually deal solid damage to Headless. Jump in and rush toward Headless, attacking immediately with 4-6 sword strikes as he prepares to retaliate. After that it’s the standard attack and block combo, taking the opportunity to strike whenever you deflect or dodge an incoming attack. Keep up the pressure, as the more you attack the clearer the mist becomes and the faster you can more. Wtch the Terror gauge that appears in the middle of the screen though. If this purple bar fills up, you die. This is where Pacifying Agent comes in handy, so back away and use it whenever the Terror meter gets too full.

Keep this up and you’ll get that first deathblow either by eliminating his Vitality or filling his Posture meter. While he’s staggered you will want to use a second Divine Confetti. Not doing so will force you to use it during combat against Headless, which can result in a quick death. The second battle is pretty much the same as the first, so use the same strategies here.