This tutorial boss can still kill you 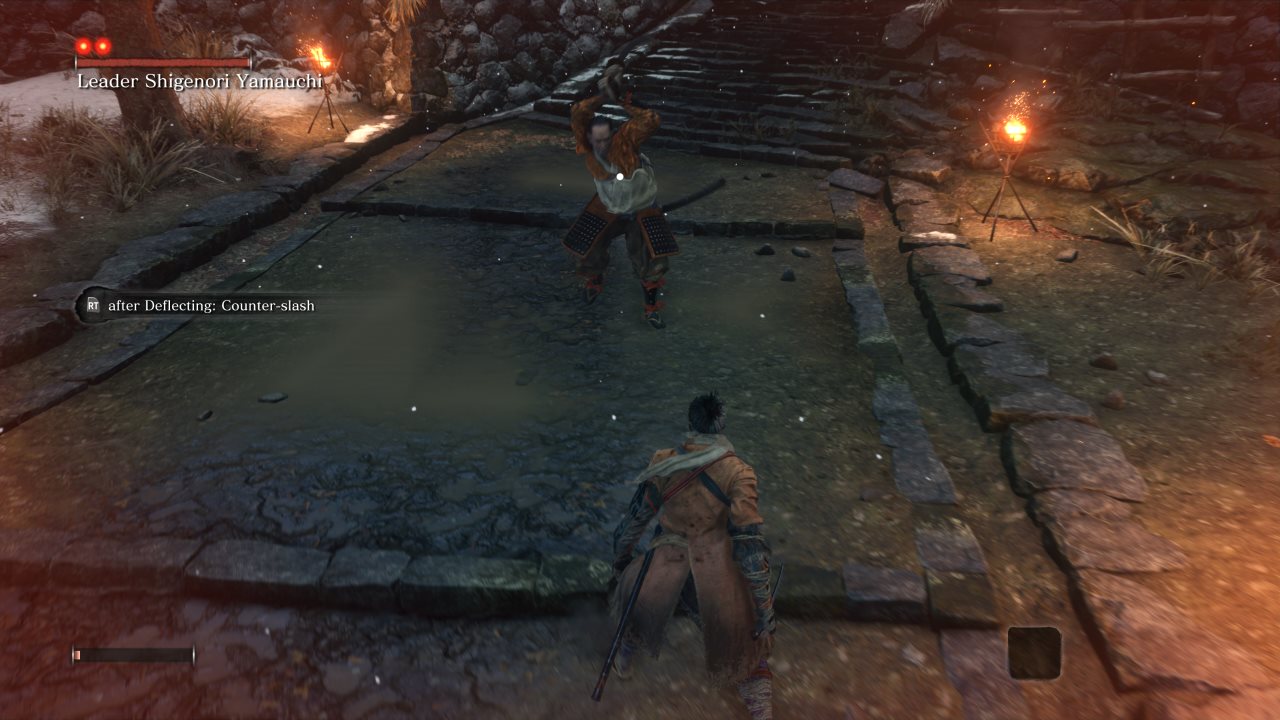 You know, with most games the tutorial is pretty simple. Sure, the game will throw a few challenges your way, but nothing like Sekiro: Shadows Die Twice. No, FromSoftware does things a little bit differently. While Sekiro’s tutorial is much easier than the rest of the game, if you aren’t already familiar with it’s combat you can have some issues, such as with the first “boss” of the game. Here’s how to beat Leader Shigenori Yamauchi in Sekiro: Shadows Die Twice.

The game sort of tells you how to beat Leader Shigenori, but only if you pick up what they’re trying to explain. Combat in Sekiro is very different from other games, requiring more timing and precision. As you’ve made your way to Leader Shigenori Yamauchi you’ve engaged in a few battles that should help prepare you for this tougher fight. Basically you need to focus on deflecting incoming attacks with your sword.

This is done by pressing L1 or LB on PS4 or Xbox One respectively. But just holding it will only prevent damage from attacks. If you want to beat Leader Shigenori Yamauchi then you need to time it so that your sword blocks their hit right when it would be impacting you. Time it right and sparks will fly off of the swords, and the posture gauge at the top of the screen will fill up more. A lot more in some cases.

What is posture? It’s the enemy’s ability to remain in the fight, basically. Break it and you’ll have an easy deathblow in front of you, which is an attack that kills most enemies and eliminates an entire health bar for bosses. You also need to attack of course, dealing damage while also building up the enemy’s posture gauge. This is all the key to Leader Shigenori Yamauchi. Attack when open, block and deflect incoming attacks, and retaliate with sword strikes when you do. Repeat this a few times and you” know how to beat Leader Shigenori Yamauchi in Sekiro: Shadows Die Twice.