Firecrackers and the Whirlwind attack will work wonders. 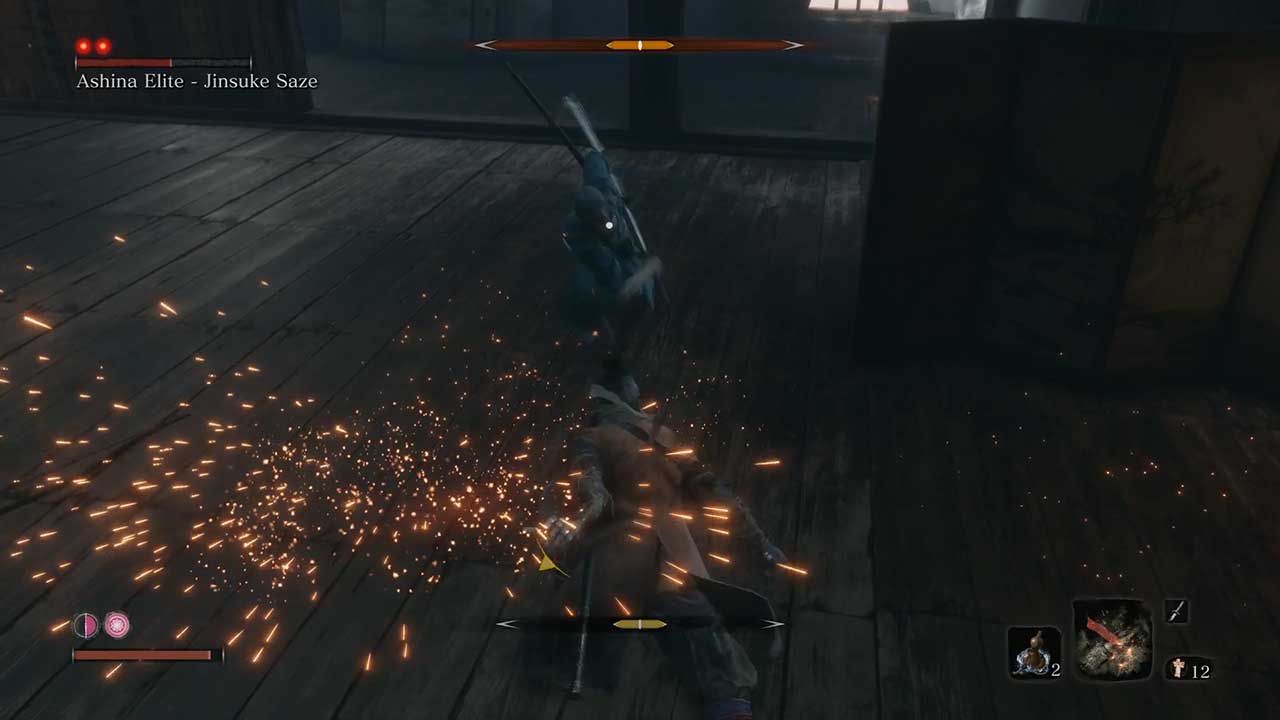 If you make it to the top of the Ashina Castle you’ll be in for a fight with one of the fastest and deadliest foes you’ve yet to encounter.  The Ashina Elite, Jinsuke Saze is awaiting you in the Upper Tower Ashina Dojo.  Jinsuke Saze is a fast swordsman and can kill you in a single slice.  However, this guide will help you survive the fight with this Ashina Elite.

Like other fights in Sekiro, this fight with Saze is going to require that you focus on blocking and dodging attacks.  This fight in particular you should be mindful of getting hit because the damage can be enough to kill you if one blow lands.  This Ashina Elite is also lightning quick and you’ll take damage even when you block his lunging attack.

We found that a good combination of items and weapons to use are the following:

Equip the Firecracker Tool, and the Whirlwind Skill and you can have Junsuke Saze dead in just a few moments.  When you head into the dojo run up to Saze and drop a Firecracker tool.  He will be startled and then you can spam the whirlwind attack over and over until he gives up his first deathblow.  The second phase of this fight is similar to the first.  Look for the opportunity to drop a firecracker and then whirlwind spam him until he is dead.

If you need a visual tool for this fight check out the video below: