Sekiro: Shadows Die Twice – How to Beat the Armored Warrior

This mid-boss blocks off Senpou Temple, here's how to kill him. 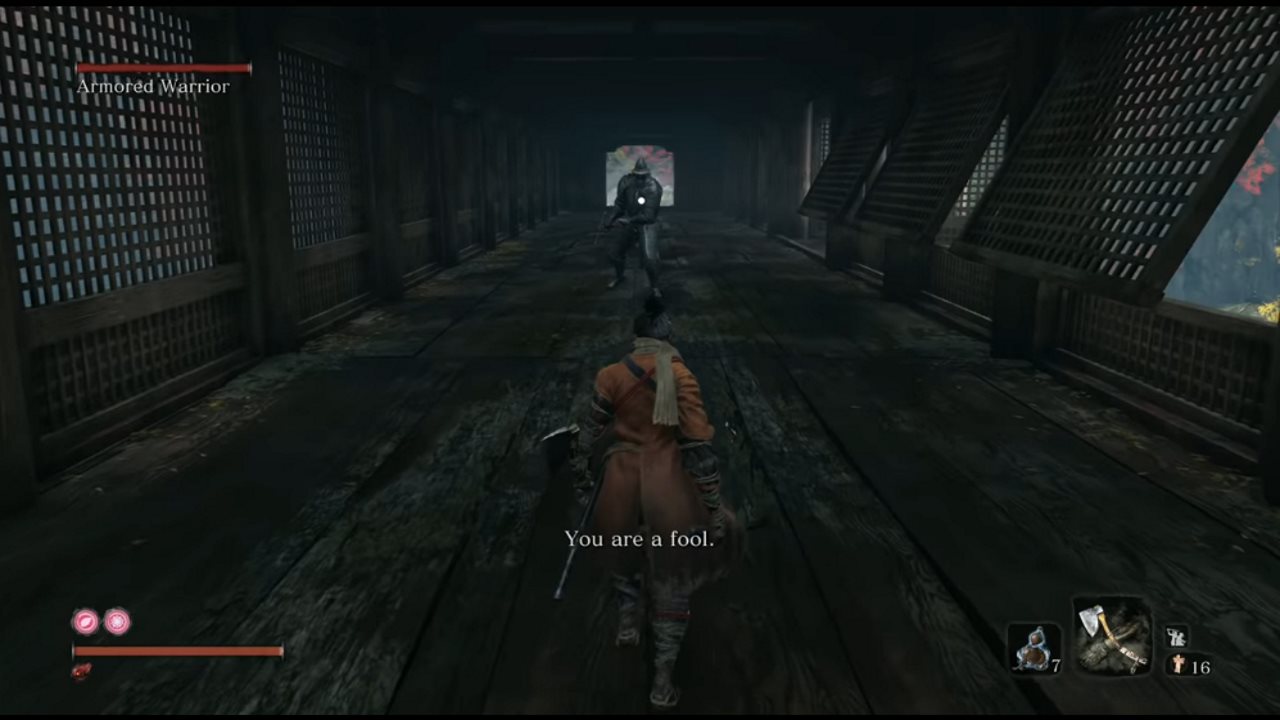 Throughout your time with Sekiro: Shadows Die Twice, you’ve surely defeated a number of bosses. As they stand in your way, grey mist blocking any potential progress beyond them, you either have to get better or find some trick to defeating them. The Armored Warrior, found halfway through the Senpou Temple level, is one of those bosses that can confound you if you don’t recognize the trick right away. To help, here’s how to beat the Armored Warrior in Sekiro: Shadows Die Twice.

How to Beat the Armored Warrior

No matter how many times you hit the Armored Warrior, even if it’s a deathblow, he simply will not take damage or die. As his name suggests, he is simply covered in full metal plate armor, and your relatively tiny katana cannot fully breach it. Instead of dealing damage to this guy, this boss fight is all about breaking his posture, the gauge at the top of the screen that you should have been paying close attention to the whole game. Filling it takes some work though, and even that doesn’t fully beat him.

Your first goal is to raise his posture, but while you do that you can be working on the second goal, which is to break the walls surrounding you on the wooden bridge. Get him near the ledges so his attacks break away parts of the wall, as this will be important later. While you do this, be patient with your attacks. The Armored Warrior is slow, with lots of power behind his movements and sword swings. Watch for his wind up, dodge out of the way, and move in for a few sword strikes when possible.

Alternatives to sword hits include the axe Prosthetic attachment, which will deal a lot of posture damage whenever it hits. If you’ve unlocked any good combat arts, especially the Ichimonji, find openings to use them to take big chunks out of his posture. If you have the Mirikiri Counter unlocked you should watch for any perilous attacks coming from the Armored Warrior. Dodge into them to get a huge boost on his posture, while also avoiding the attack.

Once his posture is hurt enough you can go for the deathblow, but be sure to angle it so that you are near the open edges of the bridge. Be near one when you deliver a deathblow and you should toss him off the side, perhaps needing some extra sword swings to finish the job. Do all of that and you’ll be an expert at how to beat the Armored Warrior in Sekiro: Shadows Die Twice.

Attack of the Fanboy / GAME GUIDES / Sekiro: Shadows Die Twice – How to Beat the Armored Warrior