You won't cry any more with this scout rifle 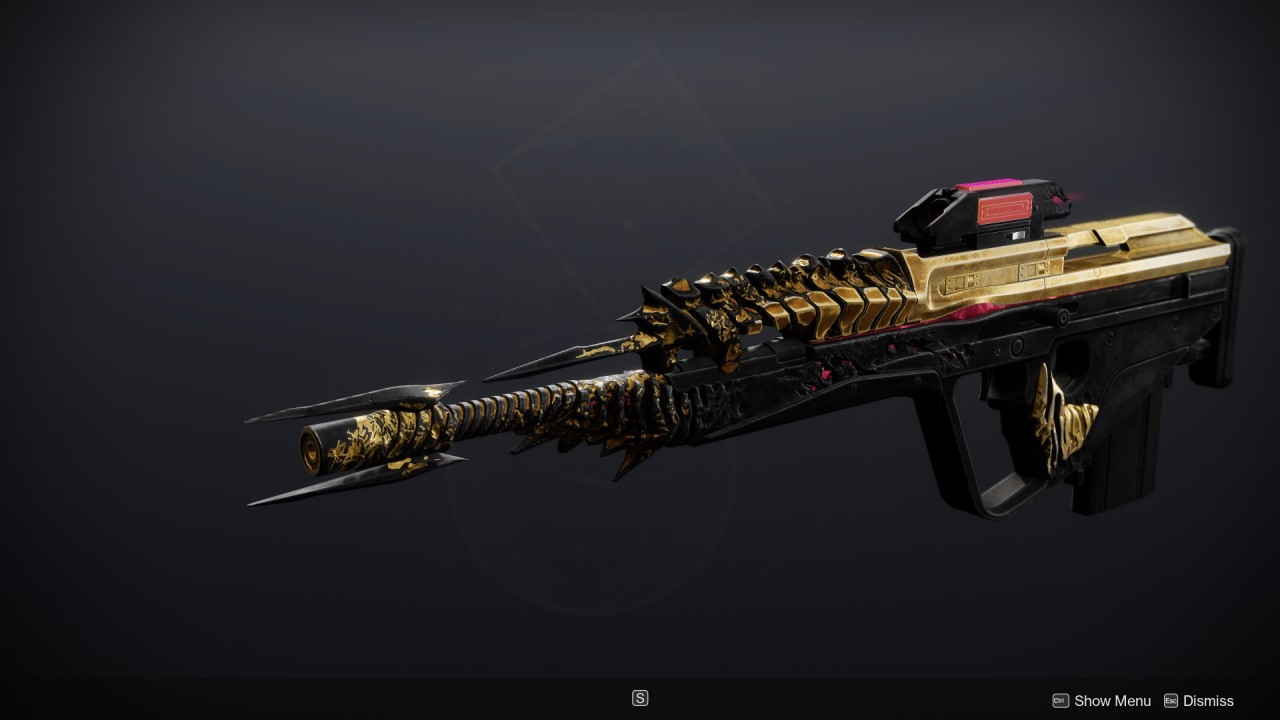 The Season of The Haunted has brought a lot of Destiny 2 weapons back from the dead. However, some of these weapons look more undead than they are. The Tear of Contrition is a new addition to Destiny 2 and you will want to get a God Roll one as soon as you can. Having a God Roll scout Rifle for PVP can never go wrong, and with the new origin perks, this scout rifle can be a monster in PVE content. Let’s go over what perks you should be aiming for as you farm for your God Roll Tears of Contrition in Destiny 2.

While having a God Roll Austringer is excellent for PVP, nothing can beat a good scout rifle at mid-range to long-range battles. It has all the perks of a sniper without needing ammo. The big draw for this scout rifle is the Explosive Payload perk combine that with either Triple Tap or No Distractions and you will have an easy time picking off guardians. You may even find yourself with some post-mortem kills. You can also take Opening Shot over Explosive Payload if you want to get some extra damage at the start of a fight.

For your barrel and magazine mods, you will want to find either Arrowhead Brake or Corkscrew Rifling and pair that with Accurized Rounds or Appended Mag. You’ll want to get as much handling speed on this thing as possible so it can be used in close quarters fights if needed. However, don’t forget about range so you can actually use the scout rifle the way it is intended.

PVE content really lets this scout rifle shine, even at close ranges. You will really get to see the benefits of the origin perk Extrovert when you find yourself surrounded and on low health. Just getting one kill will give you some health to keep you in the fight. Since it is an origin perk, you don’t lose a perk slot to have this on. For your other slots though you will want to look for Explosive Payload to give each of your shots some AOE damage and help deal with packs of ads. You could also pick up Focused Fury or Vorpal Weapon instead if you want to use this for tougher enemies instead.

For your other perk, you will want to pick up Triple Tap to keep firing as long as you can. There are some other decent options in this slot but none really compare to Triple Tap. For your magazine and barrel mods, you will be looking to get the same ones as the PVP God Roll. This means you’ll want either Arrowhead Brake or Corkscrew Rifling for the barrel and Accurized Rounds or Appended Mag for your magazine.

The best part of this new scout rifle is that it is in the crafting system. This means that once you have the pattern for it you can put on whatever perks you want and once you level it up enough you can put on enhanced perks. Those perks are just better versions of the perks you are already using so there really is no choice between what to use when you have access to the enhanced version. If you need any more help with Destiny 2 make sure to check out our other guides.