Now I am become Death, the destroyer of (virtual) worlds 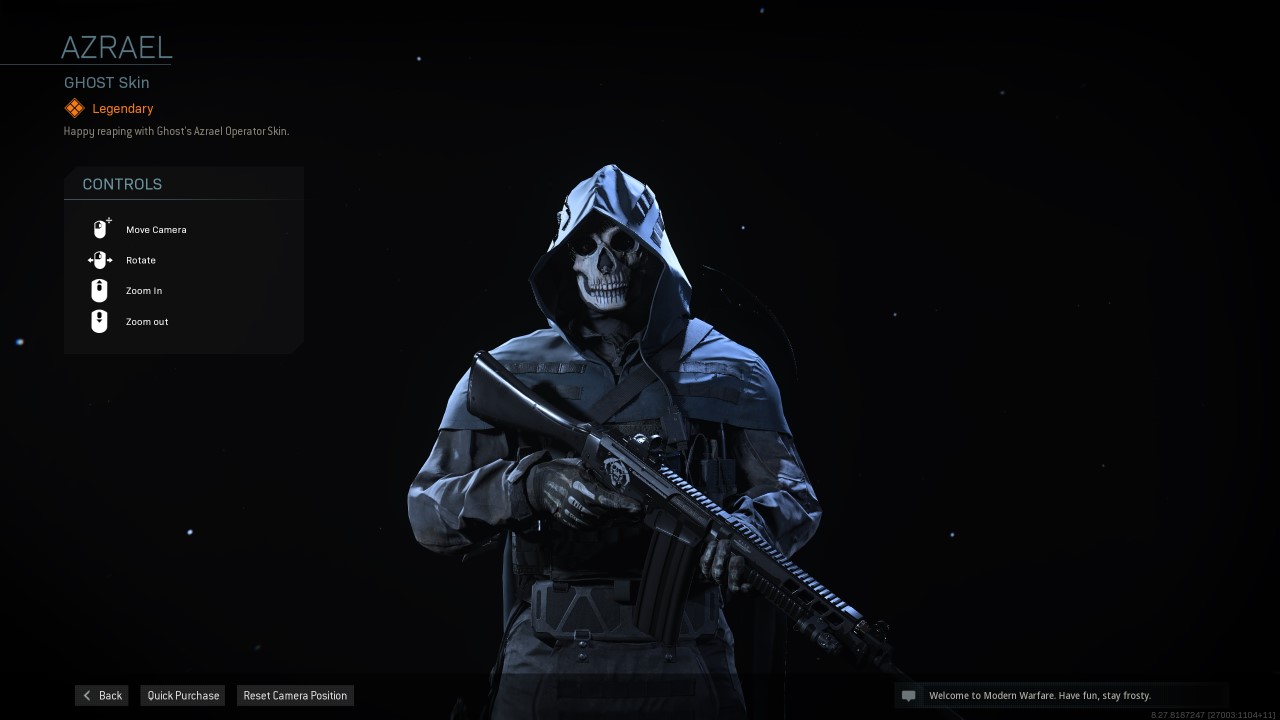 Modern Warfare is still in the midst of its Season 6 Halloween event and it has added another themed Operator skin to join the likes of Leatherface and Saw. While not as universally recognized as the aforementioned horror icons, Simon “Ghost” Riley has become almost as synonymous with Call of Duty as Captain Price these days.

Everyone’s favorite skull-wearing special forces operator has reappeared donning new attire during The Haunting of Verdansk event. Unfortunately, Ghost’s grim reaper-inspired gear cannot be obtained through the Trick or Treat supply crates or in any way that doesn’t involve real world currency, for that matter. The Azrael Operator skin for Ghost lies in the Ghost Grim Reaper bundle found in the in-game store, which means its availability is limited.

How to Get Ghost’s Azrael Skin

To unlock Ghost’s Azrael Operator skin in Modern Warfare, you have to buy the Ghost Grim Reaper bundle from the store for 2400 COD Points, which equates to $19.99 USD. To keep the spooky theme prevalent, both weapons in this bundle feature Soul Tracer Rounds, adding a ghostly green glow to shots fired. No dismemberment effects to be found here, however. This reaper likes to keep his kills clean. As with all other high priced bundles, the pack comes with more than a couple weapons and a skin.

Let’s take a look at what’s on offer: It’s no secret that Ghost is a popular character, meaning lobbies will likely be filled with the already heavily used operator now sporting Death’s vestments. Plus, the FAL is no slouch following its headshot buff in Season 4 and has been a go-to weapon for many players. Given the themed nature of this bundle, the ability to purchase the pack may disappear at or shortly after the end of The Haunting of Verdansk event.

If you are interested in racking up kills as the edgiest Ghost yet, secure the Ghost Grim Reaper bundle quickly. There’s no telling when it may circle back around.