Put those Trials tickets to use and level up quickly. 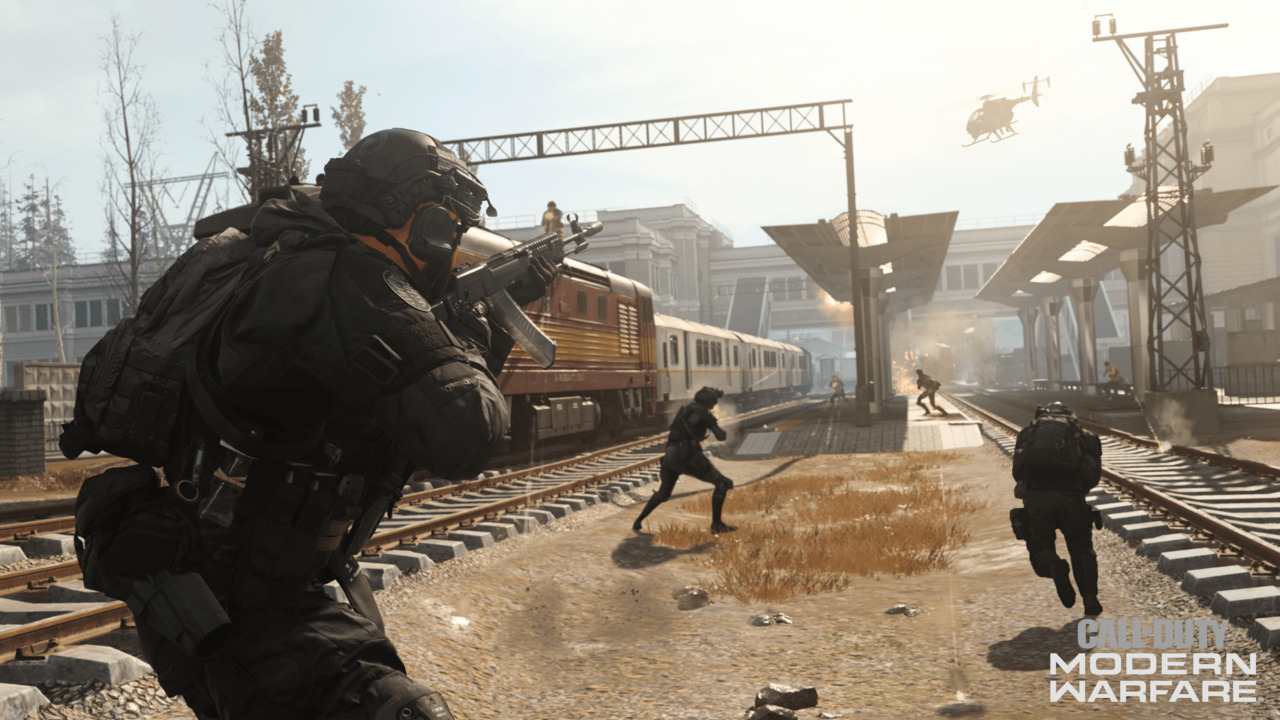 Season 5 is available now in Call of Duty: Modern Warfare, and there’s a brand-new Battle Pass to work your way through over the next few weeks. If you want a headstart, then a new Modern Warfare XP glitch has been discovered that awards 10,000 XP in under a minute. You can repeat this glitch as many times as you like, and you can get an early experience boost to unlock officer challenges and get closer to the max rank in Season 5. Infinity Ward can patch this glitch out of the game at any point, but this Modern Warfare XP glitch is still working at the time of this article’s publication. 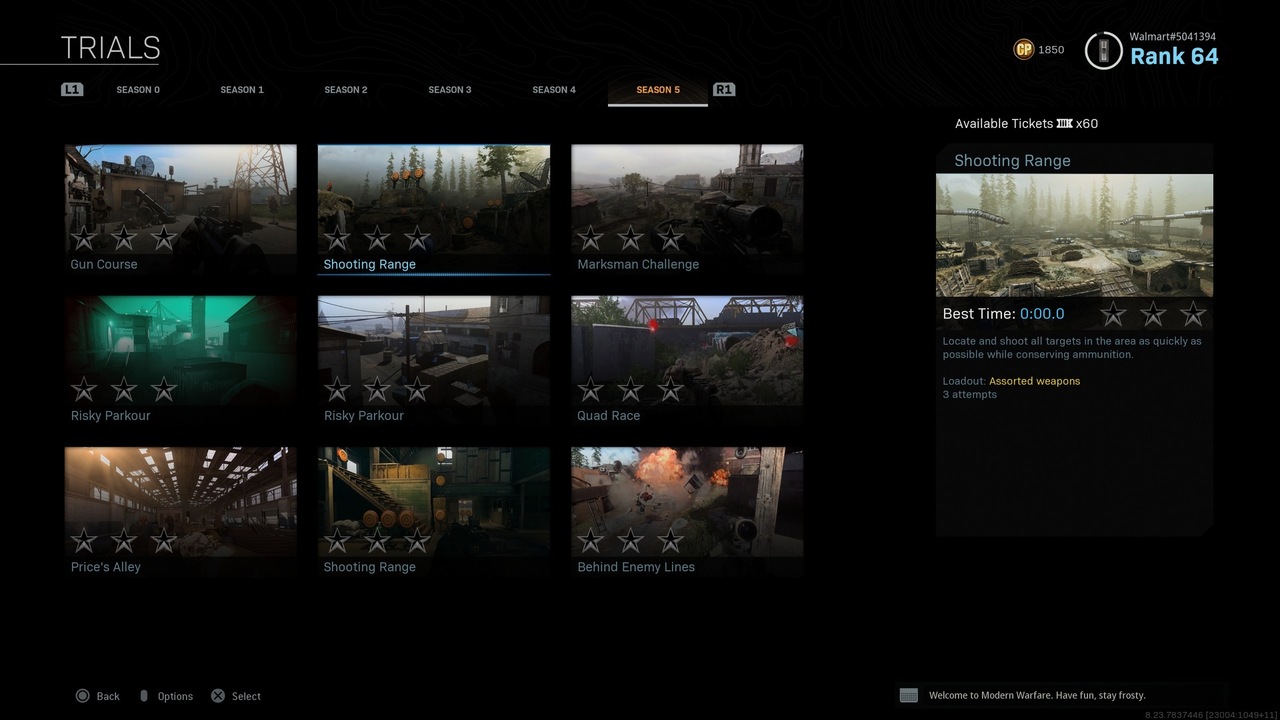 After loading into the Trial, walk up the wooden ramp directly in front of you. After crossing the threshold and causing the Trial timer to activate, throw your C4 at your feet and detonate it to kill yourself. A red “Trial Failed” screen will pop up when you die, but if you pause the game and select “Leave Game” as quickly as you can, then the game will glitch and say “Trial Success.” Not only will you have successfully completed the Trial, but the game will also think you completed it in under 30 seconds, netting you 10,000 XP for a 3-star ranking. 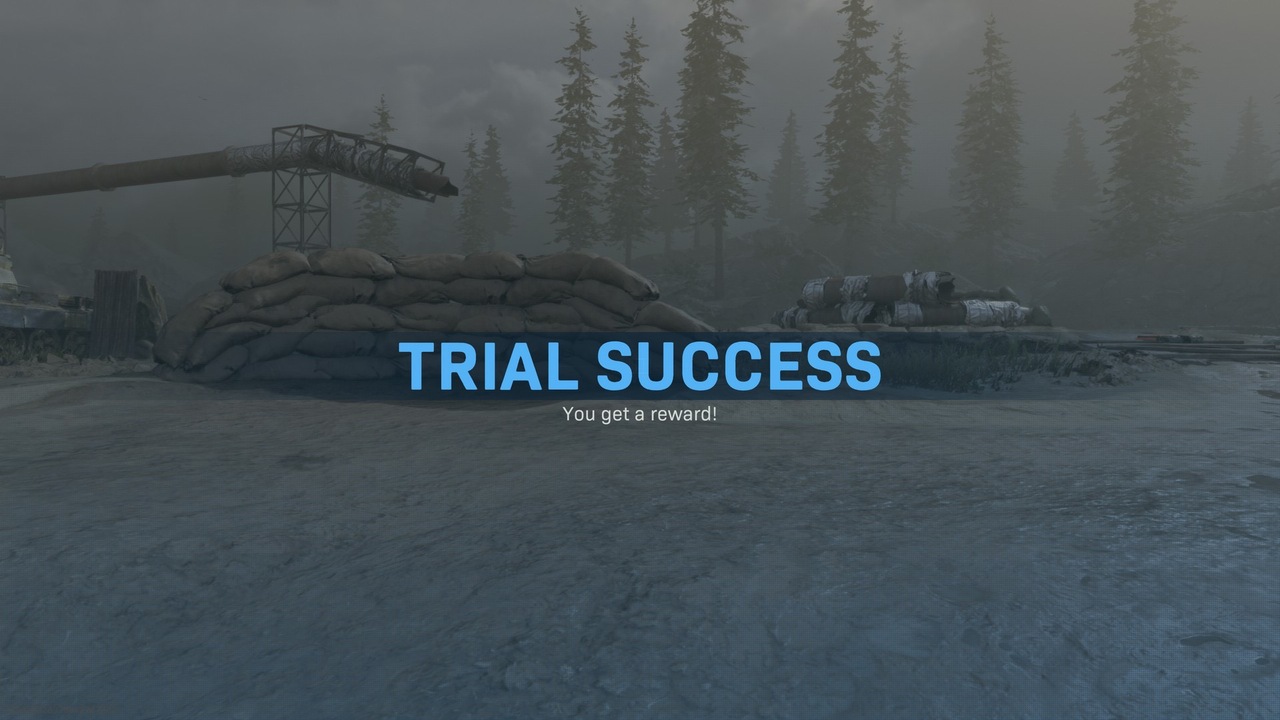 You should definitely use a Double XP token before heading into the Trial, as it will double your rewards each time as long as your token is active. You will also need a Trials ticket to access the Shooting Range Trial, and these can be hard to come by if you haven’t been stocking up. Most people have dozens already saved, and if you have a ton that you haven’t used, you can rank up very quickly using this method. This will level you up for both Modern Warfare multiplayer and Warzone battle royale, and it will even help you level up your Season 5 Battle Pass. If you have the time to spare, you can earn an insane amount of experience by repeating this XP glitch.