Modern Warfare – How to Get the CR-56 AMAX (Galil)

Get the Galil for the first time in a Modern Warfare game. 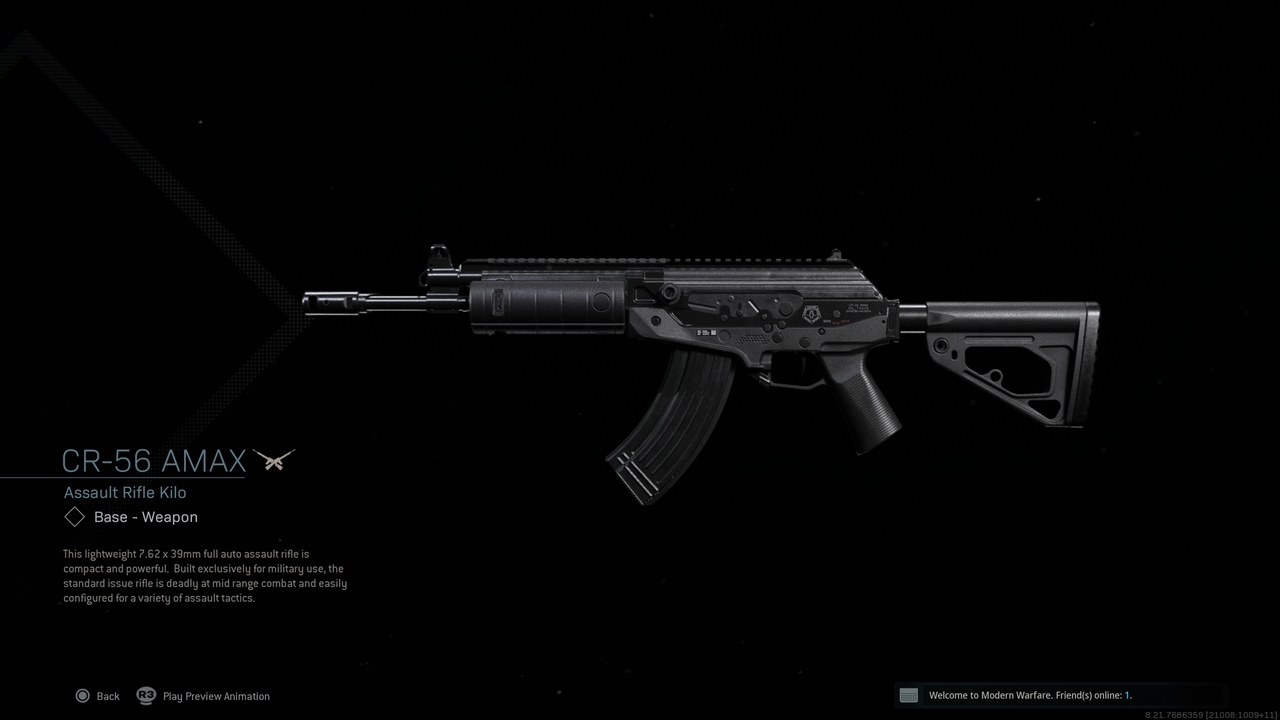 Season 4 of Call of Duty: Modern Warfare is finally live, bringing new weapons and maps to multiplayer as well as new features and updates to Warzone battle royale. One of these new weapons featured in both Modern Warzone multiplayer and Warzone battle royale is the CR-56 AMAX, an assault rifle that gun nuts and longtime fans of the Call of Duty series will recognize as the Galil, which made its debut in Call of Duty: Black Ops. This is the first time the Galil has made an appearance outside of the Black Ops series, and the CR-56 AMAX version that’s unlockable in Modern Warfare in Warzone handles a bit differently than its predecessors. This is how to unlock the CR-56 AMAX in Modern Warfare and Warzone.

Like all new seasonal guns, the CR-56 AMAX is included with the Season 4 Battle Pass. Simply reach Tier 31 of the new Battle Pass to acquire the weapon. The CR-56 AMAX is available for both the free and paid versions of the Battle Pass, so you won’t have to spend any COD Points to get your hands on the Galil. The paid version of the Season 4 Battle Pass does come with a bunch of extra cosmetic items, however, including all-new vehicle horns alongside the standard Blueprints and Operator Skins. If you want the extra stuff, you’ll have to fork over 1000 COD Points for the paid pass.

The CR-56 AMAX feels different from the Galil variations featured in the Black Ops series, but it can still hold its own in Modern Warfare and Warzone. It deals a lot of damage, but it’s ultimately held back by high recoil. If you find a way to manage the weapon’s drawbacks with the right attachments, though, then you’ll have a strong assault rifle that can carry you to Warzone wins.

Other weapons added for Modern Warfare/Warzone Season 4 include the Fennec SMG, which is a new version of the Vector, and the Kali Sticks, dual batons that join the combat knife in the melee category. The Season 3 weapons are still up for grabs, with the SKS and Renetti requiring challenges to unlock now, and the Bruen MK9 LMG can still be unlocked the same way.