Check out the best of the best Warframes and why they are high up on the food chain. 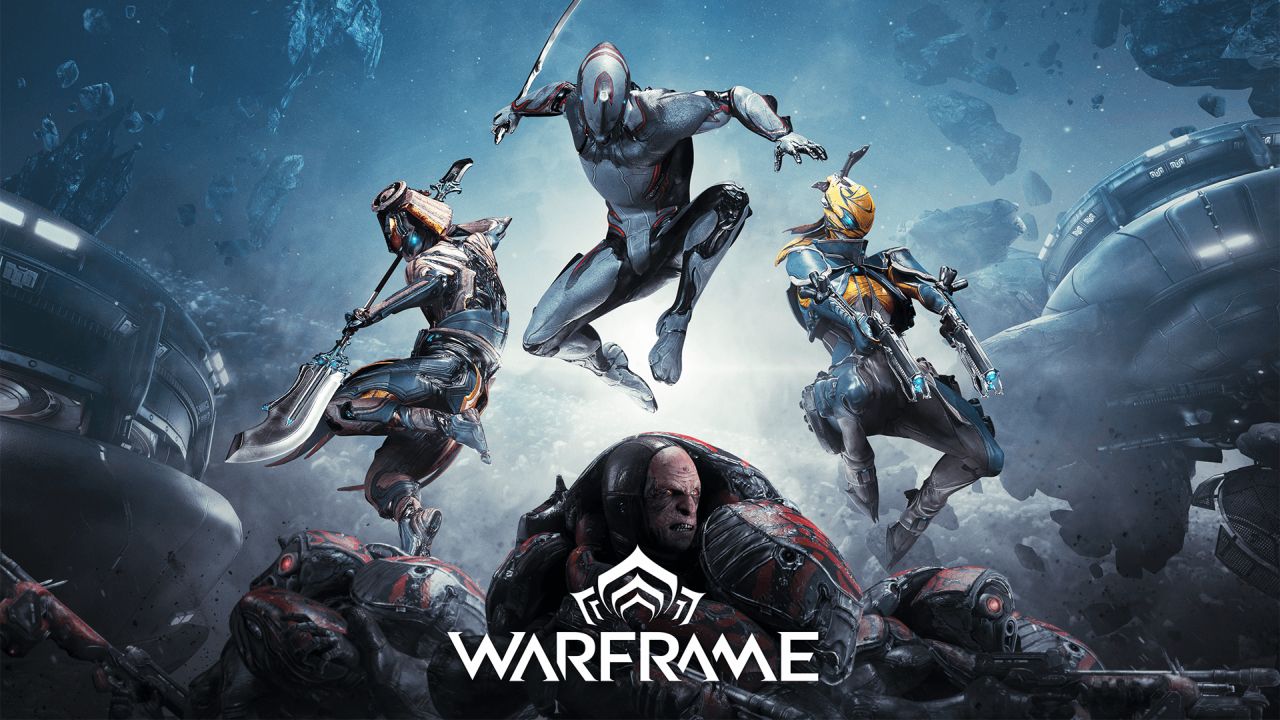 Warframe is an interesting game to classify because, on one hand, it’s a looter-shooter, but it’s also an MMO RPG with several classes— or Warframes— to choose from. With Gyre joining the fray, that makes 49 unique frames in the game. With so many, people will oftentimes flock to the best ones in the game. Here, we’ll go over the best Warframes in the game in a tier list of sorts.

The Best Frames to Use in Warframe, Ranked

This list will be based on versatility and how well these frames fare in late-game activities. It does not mean that the ones not listed are useless. With the amount of build diversity, augments, and the subsume mechanic, those can definitely factor into the overall viability of other Warframes. This is solely based on the standard abilities and passives these frames have. Larva is extremely useful for crowd control and goes hand-in-hand with his Virulence to build up Mutation Stacks. With all the energy gained from taking health damage, he will have an endless supply of energy to spam Virulence. As he starts to gain more stacks, he will be able to use his Parasitic Link and Ravenous abilities. The stacks will also be useful in helping him stay alive to lethal damage.

Nidus is exceptional in Defense and Survival missions. You ideally want to use him in missions where you and the team are mostly stationary. He’s a tank, CC, and a bit of a healer. Baruuk, the patient, is an extremely niche Warframe. His ability kit isn’t exactly what you’d call meta because it’s mostly a lot of damage mitigation and non-lethal crowd control. However, if you put the Reactive Storm augment mod on his build, he becomes a melee monster.

This augment will make your Desert Wind scale heavily into the endgame, exploiting the weaknesses of any enemy you take on within a few meters. Because of this augment, you want to build for as much Strength as possible, with a small emphasis on Range. The lower the duration, the better. You want to cast your three other abilities to maintain his Restraint meter. None of your core abilities will be affected by the loss in duration. Wukong is the safe choice when it comes to all-purpose mission clearing. He has a strong Health and Armor stat, making him quite tanky against stronger foes. With strong survivability, he also has three “survival techniques” which are essentially free lives before going down. Pair that with his Defy ability and he will barely have to use an actual life to respawn.

To make matters even better for him, Wukong’s first ability, Celestial Twin, creates an AI-controlled copy of him with the loadout you’re using. Drawing aggro away from enemies is a viable strategy for dicey situations.
While Wukong may be a strong tank and aggro, he is also extremely good at Spy missions. His Cloud Walker ability allows him to bypass lasers and security cameras. He puts other stealth frames to shame because he can zip through everything as long as there aren’t hackable consoles and cheese a good amount of Spy vaults. Despite how many times her kit was “reworked” (aka nerfed), Mag is still a force to be reckoned with. For one, she benefits heavily from the shield gating mechanic, making her survivability quite solid. Mag’s main abilities are everything minus her Pull. The other three abilities include Magnetize, which is strong against clumped-up enemies and hard-to-hit bosses. With proper setups, you can take out Level 200+ enemies with the held version of Magnetize and punch through weapons.

Polarize is very good for softening up tough enemies. Mag puts the Corrosive Projection mod to shame, being able to strip armor from those like Bombards and Heavy Gunners. To top it off with some crowd control, she can cast her Crush ability and gain shields back. Her utility is nearly unmatched by other frames that cast debuffs.

Mag is good for endurance Defense, Survival, and Excavation missions. Limbo is quite the controversial frame in this pick. Chances are, you have definitely been annoyed with his Rift mechanic. While in it, you can’t pick up items or interact with enemies who aren’t in the same plane as you. You also can’t interact with hacking consoles and buttons, which slows down your gameplay. Luckily, you can roll out and do what you need to do.

Annoyances aside, Limbo is a god-tier pick when it comes to defending objectives. When you cast his Cataclysm, then Stasis, any enemy that touches the Cataclysm bubble is frozen in place. If you are inside the bubble, you can hit them without worrying about taking damage. The only weakness to this is when Nullifiers become involved. They can dispel the bubble, leaving whatever you’re defending vulnerable to damage.

Limbo is also really powerful for soloing Spy missions. Thanks to his passive Rift Dash, he can bypass lasers that would otherwise trip alarms and cause the vaults to destroy data.

Limbo is an ideal choice for Defense and Spy missions. Though you should not really take him to public Hydron missions or people will leave before Wave 5. 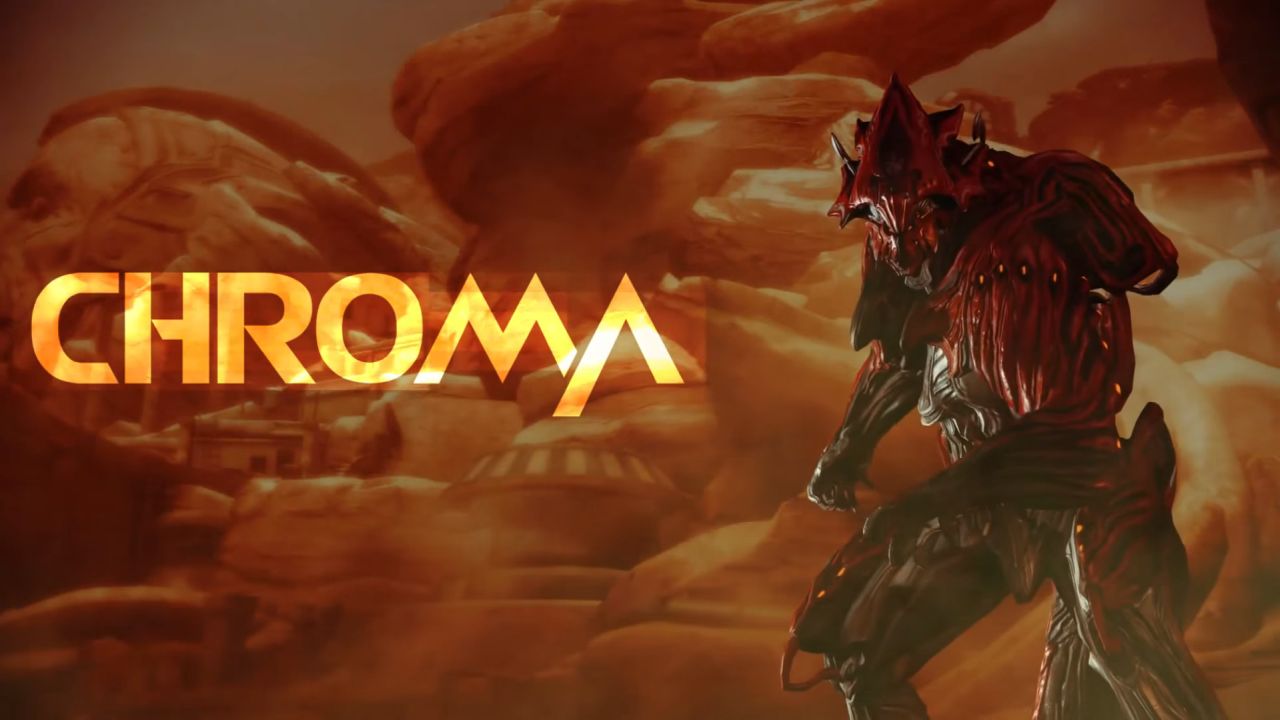 Chroma is the premiere brute tank of Warframe. He is the staple DPS for Eidolon hunts. His main builds mostly stem from using his Elemental Ward and Vex Armor abilities. With proper setups and the right element color, he can gain an enormous boost to his armor, allowing for damage mitigation, but also damage increases that can surpass 1,000%. His only downside is that these builds are energy heavy and require a lot of Forma and possibly Umbra Forma to fully maximize. 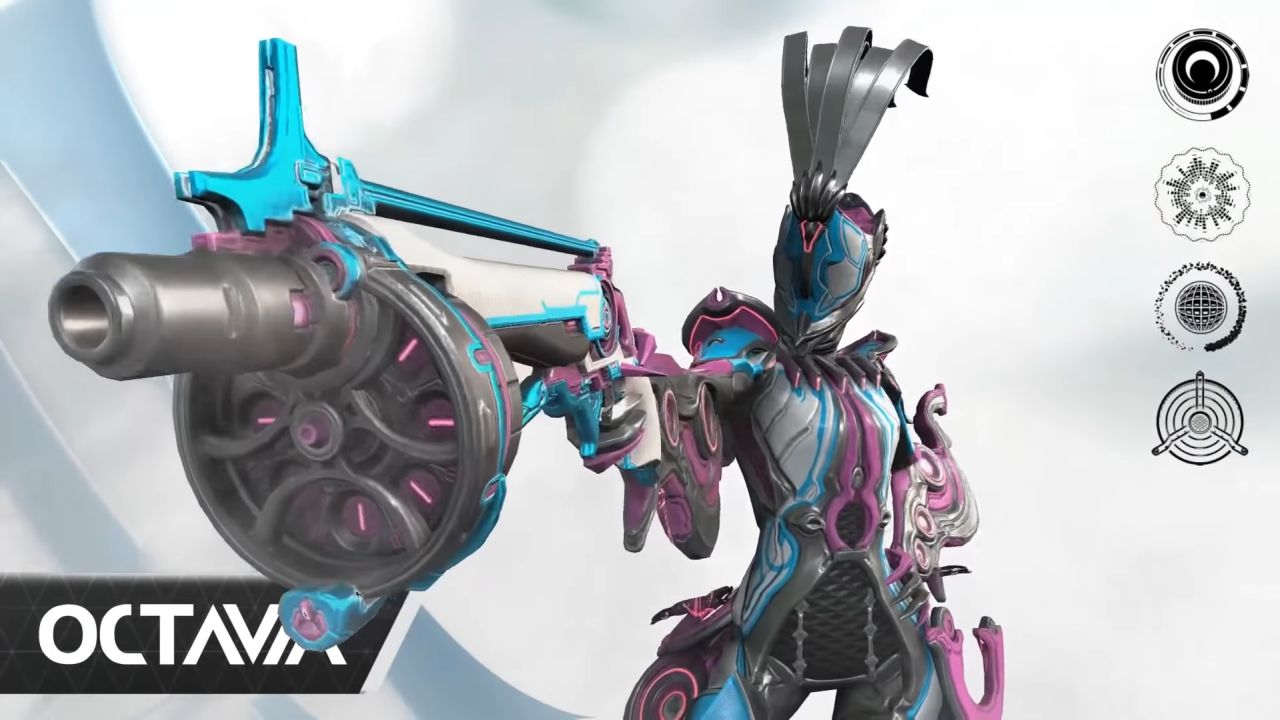 Octavia is a bard-type Warframe who has a kit with abilities that all synergize with one another. She can essentially draw aggro, reflect damage, and buff allies. What makes her so strong is that her abilities scale seemingly infinitely. Her Mallet draws aggro from enemies and can soak up tons of damage dealt from enemies. The more fire it takes, the stronger it gets. Once you pair that with her Resonator, that damage reflected can destroy enemies like no tomorrow.

It’s a lot of passive play since the Resonator is AI-controlled. If you want to play a more supportive role, you can also do solid work with her Metronome. Though, what makes Octavia nearly at the top of the food chain is that all her abilities scale with the same mods, making every ability in her kit extremely useful.

Octavia can be used for practically any mission, though she mostly excels in endurance Survival and Defense missions. She’s best used in situations where objectives are sedentary. Mesa is one of those frames that is a situational tank and high-burst DPS. She can comfortably hold her own against a large majority of the enemy factions until they get within melee range of her. The only abilities you’ll be using with her are her Shatter Shield and Peacemaker. The former gives her up to 95% damage reduction from projectiles.

Her Peacemaker ability turns her into a damage-dealing turret that can dish out insane amounts of damage. If modded correctly, she can take out waves of enemies before they can even get within 20 meters of her. 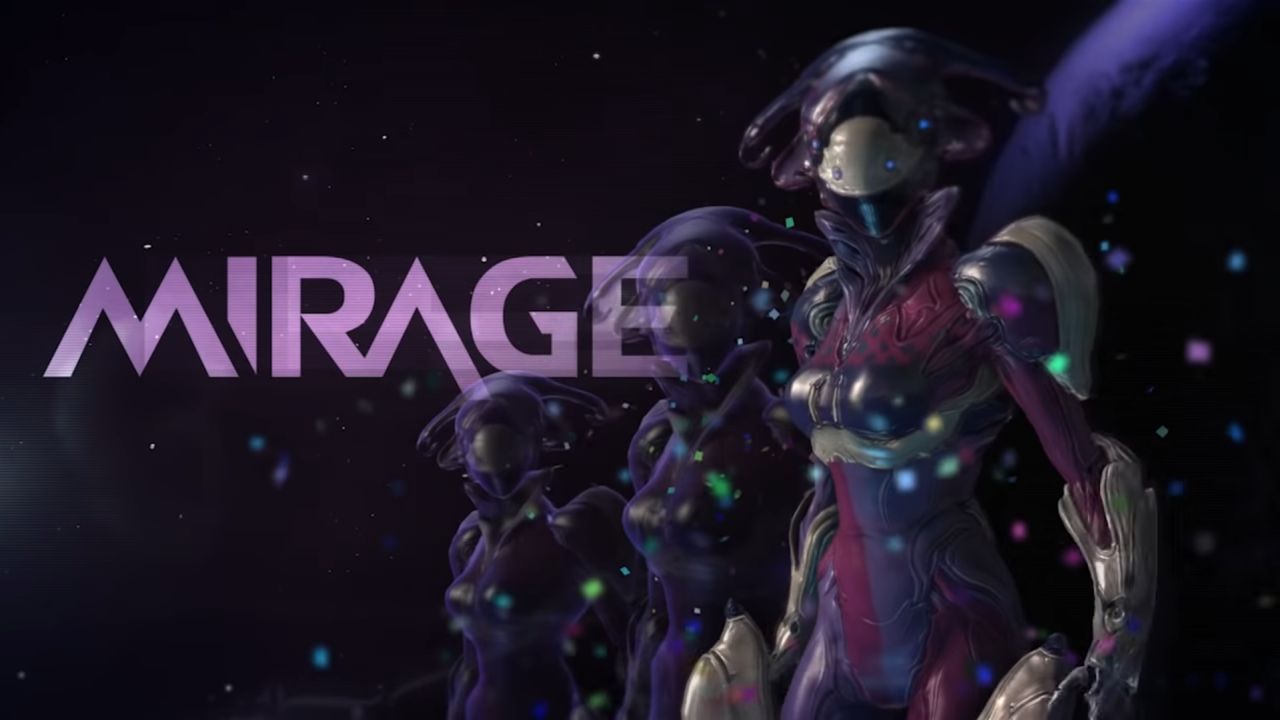 If you are seeing a trend here, DPS is basically the meta for Warframe. The faster enemies fall, the more effective your builds are. Mirage is a Warframe that, despite the nerfs given to her, sits prettily at the top 3 in terms of versatility across most game modes. I’ll even go as far as to say that she is basically a better version of Chroma. While she may not have the survivability, the glass cannon aspect of her makes her that much more lethal.

All she needs is her Hall of Mirrors and Eclipse. Pair that with any AoE weapon, and she can clear entire hordes of enemies in seconds. With enough duration and strength, she can comfortably solo all of the Steel Path missions with ease. The only weakness she has is her reliance on her abilities. Should she have her energy drained, she’s basically dead. Saryn is the definition of infinite scaling and strong debuffing in Warframe. She can cast her spores and spread them to enemies all over the battlefield. This makes her extremely viable for taking out large waves of enemies before they can even attack. Chances are when playing the Onslaught mode, there will be a Saryn. Enemies will just disappear before you can attack them.

Her DPS can be seen as being cheap and cheesy, but she requires a lot of energy and involvement to keep the spore damage count high. The moment the last infected enemy dies, her spore counter deteriorates quickly.

Saryn is a solid choice for any endurance mission. She’s almost an instant lock-in. Despite all the hubbub started about DPS being the best in Warframe, Trinity rightfully takes the cake for being the best Warframe. She provides instant healing, damage reduction, and energy regeneration. People who play Trinity in team-oriented game modes like Eidolon Hunts, long survival missions, and Railjack all are deserving of the highest praise.

Even if they aren’t the best at casting, you will benefit from her abilities as long as you’re within affinity range. In a game where casting is a huge part of making builds good, she keeps that up for teammates almost indefinitely.