This hand cannon can put in some serious work 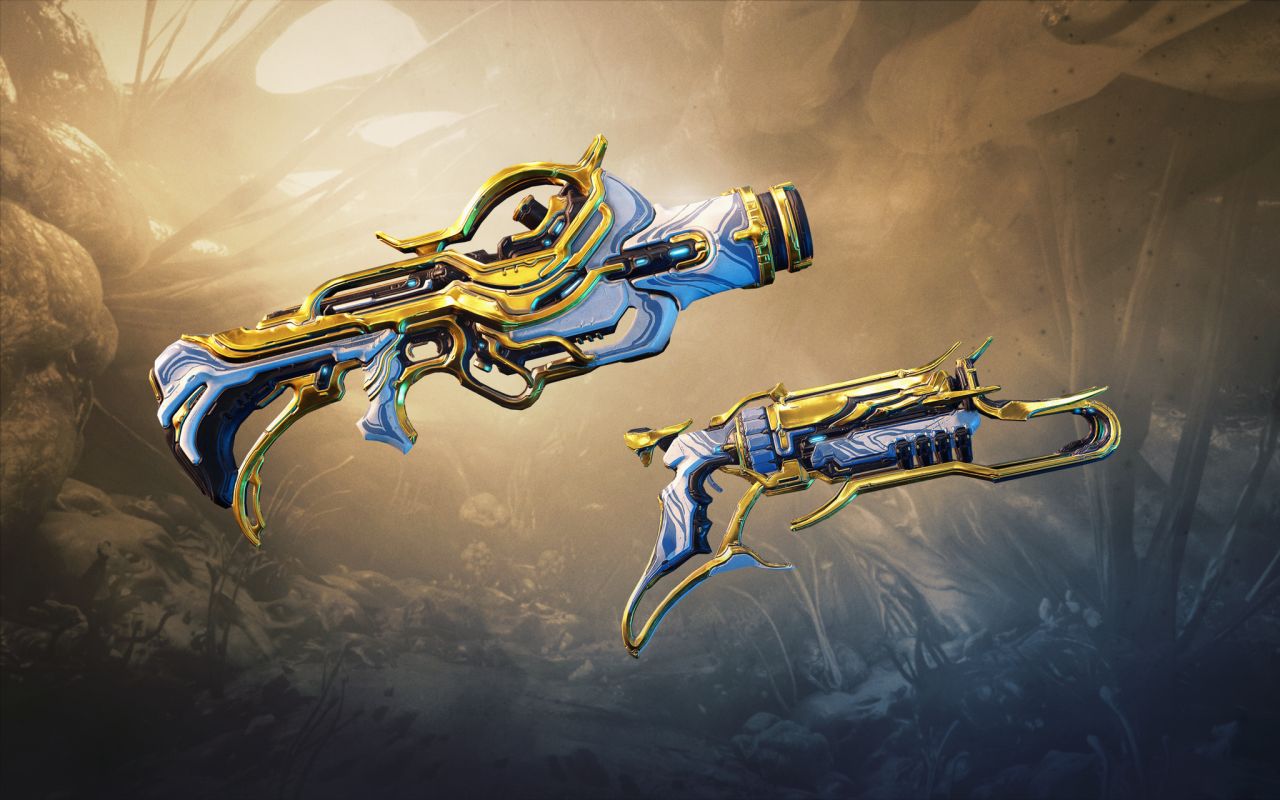 The Magnus is such a throwback of a weapon in Warframe. It has been around since the days before we even had a Liset. This weapon has been long overdue to eventually get primed, and now with the release of Nidus Prime, it happened. The Magnus Prime is a force to be reckoned with; one that might surpass the ranks of those like the Lex Prime, Vasto Prime, and even the Akstilleto and Aksomati Primes.

The Magnus Prime does not have an ak variant yet, but is still something very strong on its own. Here is a build for this weapon. 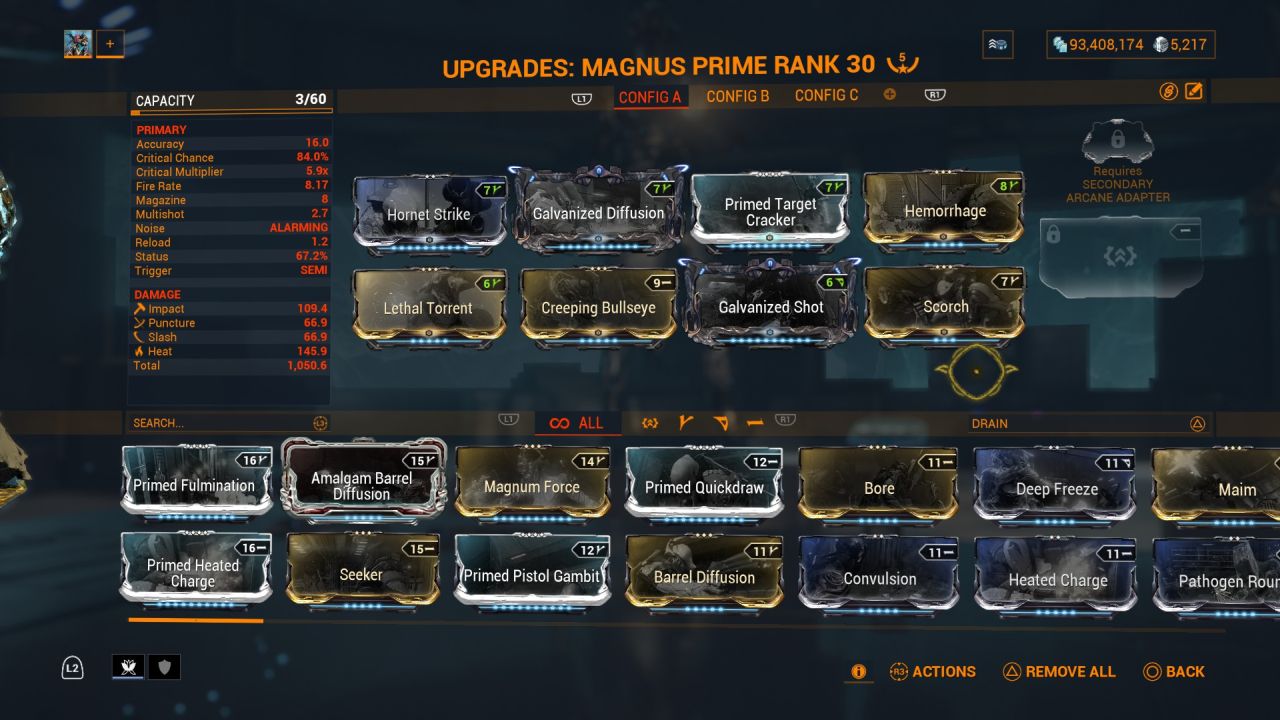 Right off the bat, the Magnus Prime excels heavily in single target damage. It has a very generous status and critical chance of 28%. This is definitely a weapon to build for both.

Of course, you have to slap on the typical Hornet Strike, Lethal Torrent, and Barrel Diffusion mods. Instead of going for (Primed) Pistol Gambit, I went with a Creeping Bullseye mod to just get a little more out of the critical chance aspect of things. It also requires 3 less mod points to put into this build.

Since this weapon does excel in status chance, you can equip a Galvanized Shot mod to further increase status and damage to subsequent enemies. If you do not have this mod, you can put in a Magnum Force, Augur Pact, another status mod, or even a Riven.

The only downside of this weapon is that its highest stat in terms of IPS distribution is Impact damage. It’s the weaker of the bunch since it only really staggers enemies. However, this can be somewhat offset by applying the Hemorrhage mod. This one gives impact procs a chance to inflict slash procs. Think of Hunter Munitions, but for pistols.

This build doesn’t utilize something like corrosive or viral, which may be somewhat of a surprise. However, the Scorch mod ups this weapon’s status chance and adds heat. Heat procs strips enemy armor by 50%, making armor foes much easier to pepper down. Fire, slash, and criticals should melt the competition with ease.

This weapon is definitely a good pickup if you like revolvers with a big kick. Also, it has an innate infinite ammo mechanism that triggers randomly. Pair that with a Warframe like Mesa or one with the infused Energized Munitions ability and you will dominate your foes with ease.