Nidus Prime is the most popular Primed Warframe to have come out according to the Digital Extremes team. He’s even breaking records, and rightfully so. Nidus’ base form was so unique because he was the first Warframe to have unconventional builds and playstyles. He was the second Warframe in this ever-expanding roster to have no shields either.

Nidus Prime is currently in rotation and hot in the trade chat, so here is a build to get you started when you acquire him. Note that this build can also be used for his base form. 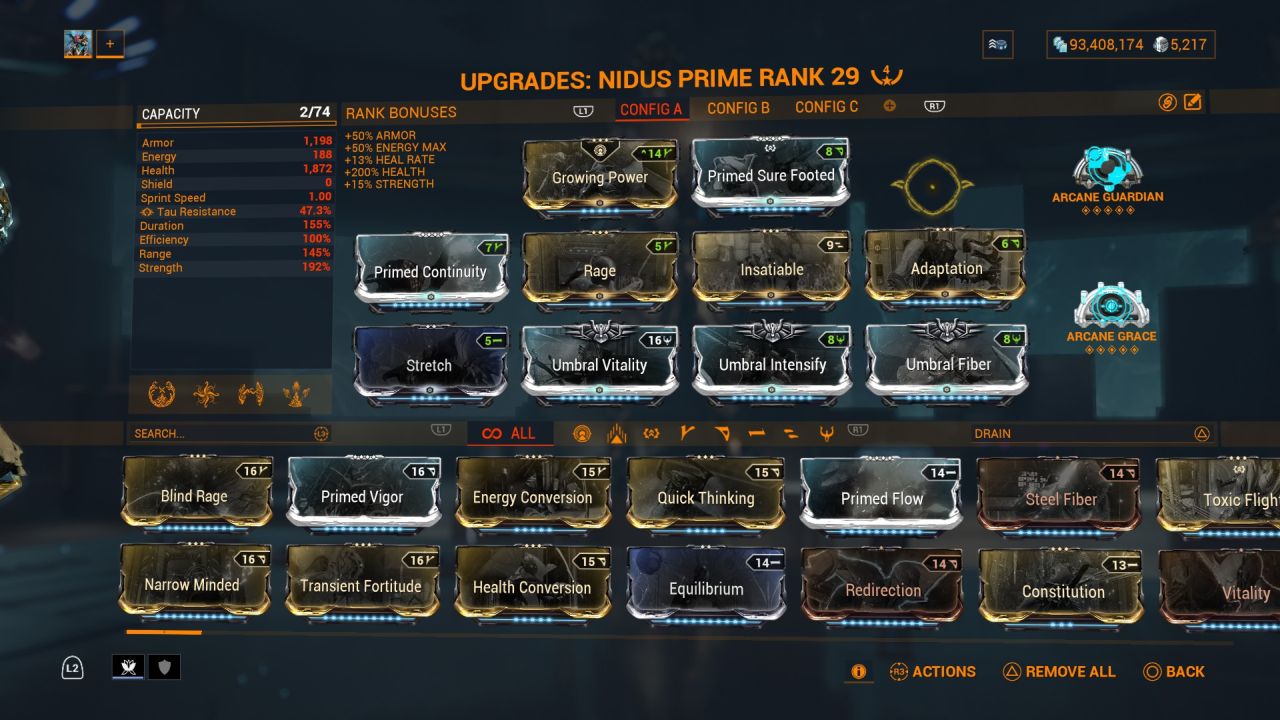 This build is a very standard, versatile one. It heavily excels in tankiness while also providing decent crowd control and static defense.

This build may not necessarily be in the reach for those who haven’t gotten to the Sacrifice quest yet. Mild spoilers, but these Umbral mods you’re seeing are acquired after completing that quest. You can also substitute those mods out with their normal counterparts, though they will be less potent than using the entire set listed above.

For those who are on the fence about using an Umbra Forma, this is your sign to use it. Nidus benefits from health, armor, and ability strength. With each Umbral mod equipped onto a Warframe, the strengths of the mods increase. The results will be slightly lower on Nidus’ base form.

Also, Rage is basically a staple for building Nidus. He has no shield, so any damage he takes will always be health damage. In return, he gets back energy which he can then use for his first two abilities.

For his Exilus mod, I equipped a Primed Sure Footed so he can use AoE weapons without being staggered. He will also be immune to knockdowns and Scorpion pull effects.

Finally, the use of his Insatiable augment allows him a 60% chance to gain additional stacks while inside of his Ravenous ability. More stacks means more times you can activate his Undying passive, rendering him slightly invincible.

Nidus Prime is out now for Warframe via Prime Access or by in-game farming. You can check out how to get him by checking our Warframe guides. You can find more of those by clicking here.