Get the most out of this new Assault Saw weapon

The Ghoulsaw has been waiting for its day to arrive in Warframe. As of Update 30.7, the new Assault Saw weapon is in our hands and ready to be revved up for some bloody action. This is a unique weapon of sorts because we only really saw the Ghouls on the Plains of Eidolon wield these types of weapons.

This Grineer-type weapon looks to be a very fun one to play with, and it is. But how good is it? Here is just a simple build to start off and show its potential. 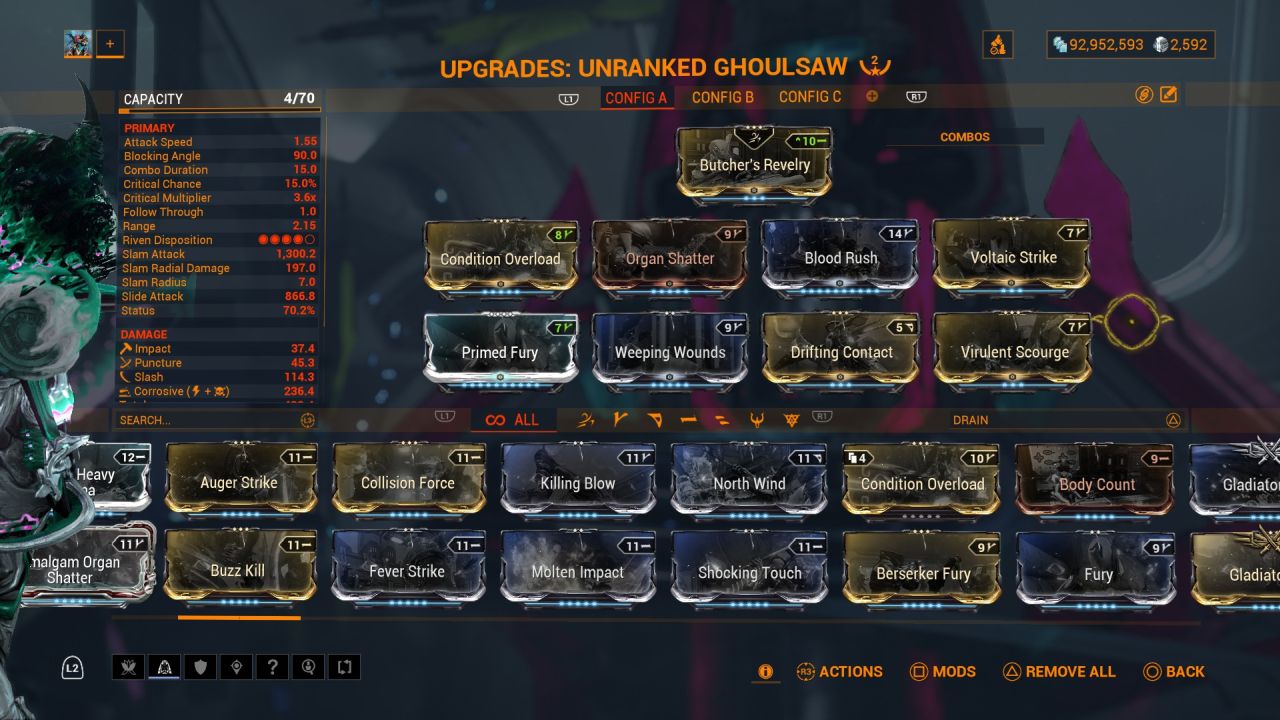 Do not mind that the screenshot says it’s unranked. I’m maxed out in Mastery Rank in Warframe, allowing for faster mod capacity.  This is a standard build using most of the staple mods for a melee weapon like the Blood Rush, Condition Overload, and Drifting Contact mods. The Drifting Contact mod can be swapped out with Body Count. This weapon does have a less-than-average stat for criticals, but it can still be boosted with the Blood Rush and Organ Shatter mods.

The Ghoulsaw has a high status chance, so that is why I went with the Weeping Wounds and Drifting Contact mods. Get the most out of this weapon’s potential by doing so.

Also, this weapon is extremely slow. It’s slow to the point that even with Primed Fury, it feels rather clunky. It has a Riven Disposition of 4 out of 5, so there is definitely some power this weapon is lacking.

You can swap out the attack speed for range like Reach or Primed Reach, but even then, the hit registration feels a bit off. The weapon doesn’t hit consistently enough and doesn’t have that kind of impact a weapon of this size and look would have. The only decent combo off of the Butcher’s Revelry stance is the Reciprocator combo. That and the sliding move are the only consistent, and barely serviceable attacks this weapon has to offer, at least for now.

All in all, the weapon is more of a tool of fun rather than destruction. You can ride it around to get a few chuckles out of your team mates. Maybe you can even get some good Captura shots with it, but it definitely won’t be something you’d rely on when it comes to late game content.