Pokemon The Crown Tundra – How To Separate Calyrex

Split up the legendary Pokemon from its steed. 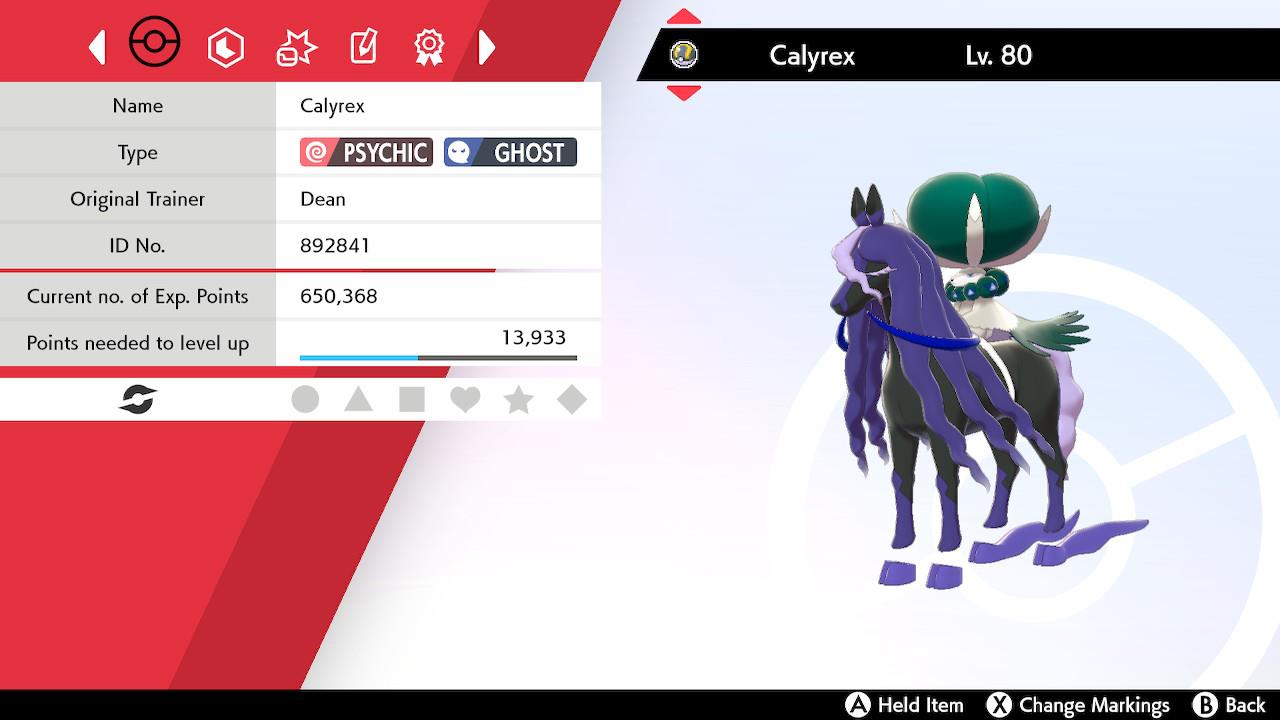 Pokemon Sword and Shield’s second expansion, The Crown Tundra, introduced a ton of legendaries into the mix, including not just the old classics, but also a brand new one known as Calyrex. This Pokemon plays a central role in part of the expansion’s story, which includes you finding its legendary steed that went missing and it fusing with one of two of them. This actually changes the Pokemon and its typing, so there is no doubt people are wondering just how to split them back apart again.

How To Separate Calyrex

When you first meet Calyrex in The Crown Tundra, it will be the pretty unique Grass/Psychic typing. This eventually changes though when you reunite it with one of its steeds, which will make it until either Shadow Rider Calyrex or Ice Rider Calyrex when it combines with Spectrier or Glastrier to become a Psychic/Ghost or Psychic Ice type respectively. These new forms bring a different moveset too, but what if you just wanted to have regular Calyrex? The good news is that this is possible in the game after you catch whichever Calyrex form you chose.

This is a very simple process too that only requires a few steps. First of all, you need to add Calyrex into your main party of six Pokemon. Then, you need to remove an additional Pokemon and move it to your box, as you can only have five in your party for this to work. 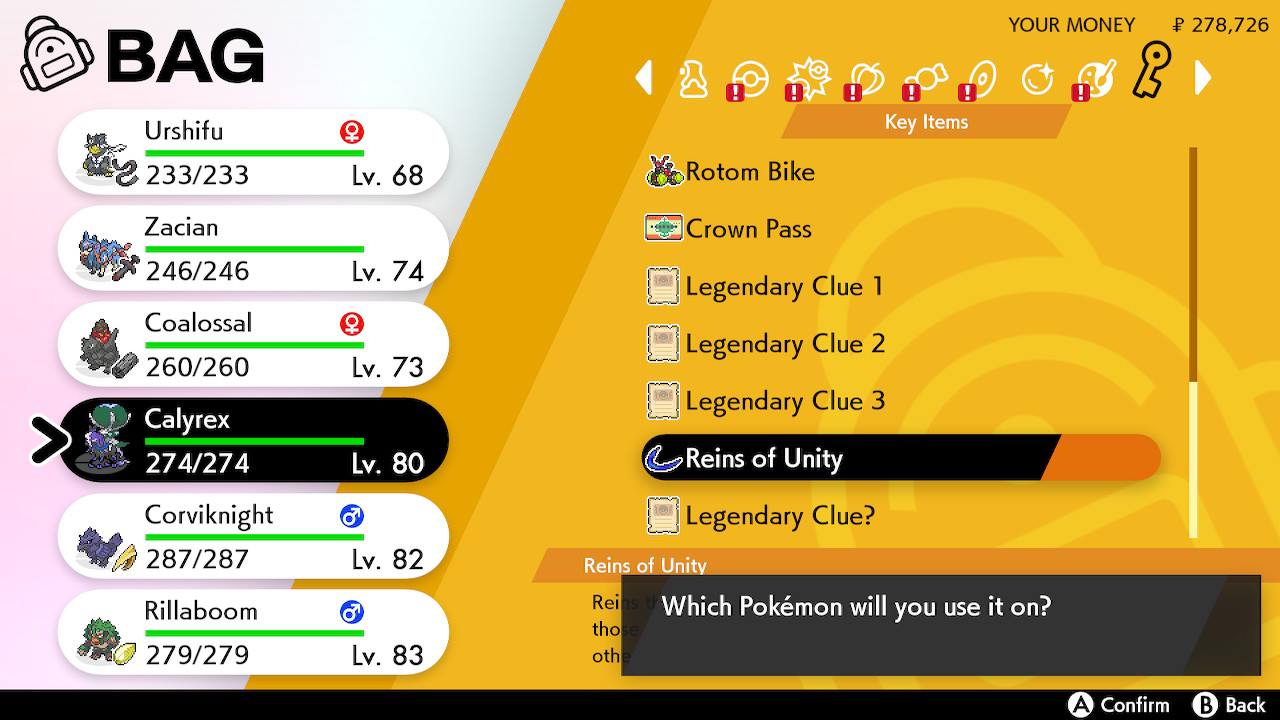 After doing that, head to your items menu and go over to the Key Items tab and scroll down to the Reins of Unity item. You will remember this was the item used to help bring Calyrex and either Spectrier or Glastrier together before, but this time it will be used to separate them too. Select the item and select “Use this item.” Now pick Calyrex on the left side and it will instantly split up the Pokemon and put both Calyrex and either Spectrier or Glastrier into your party.

If you would rather have the two combined again, all you have to do is follow the same steps as before. Have both Calyrex and either Spectrier or Glastrier in your party and go select Reins of Unity and then select both Pokemon to reunite them once again.