Pokemon The Crown Tundra – How To Catch Zapdos

Have to head back to the original Wild Area. 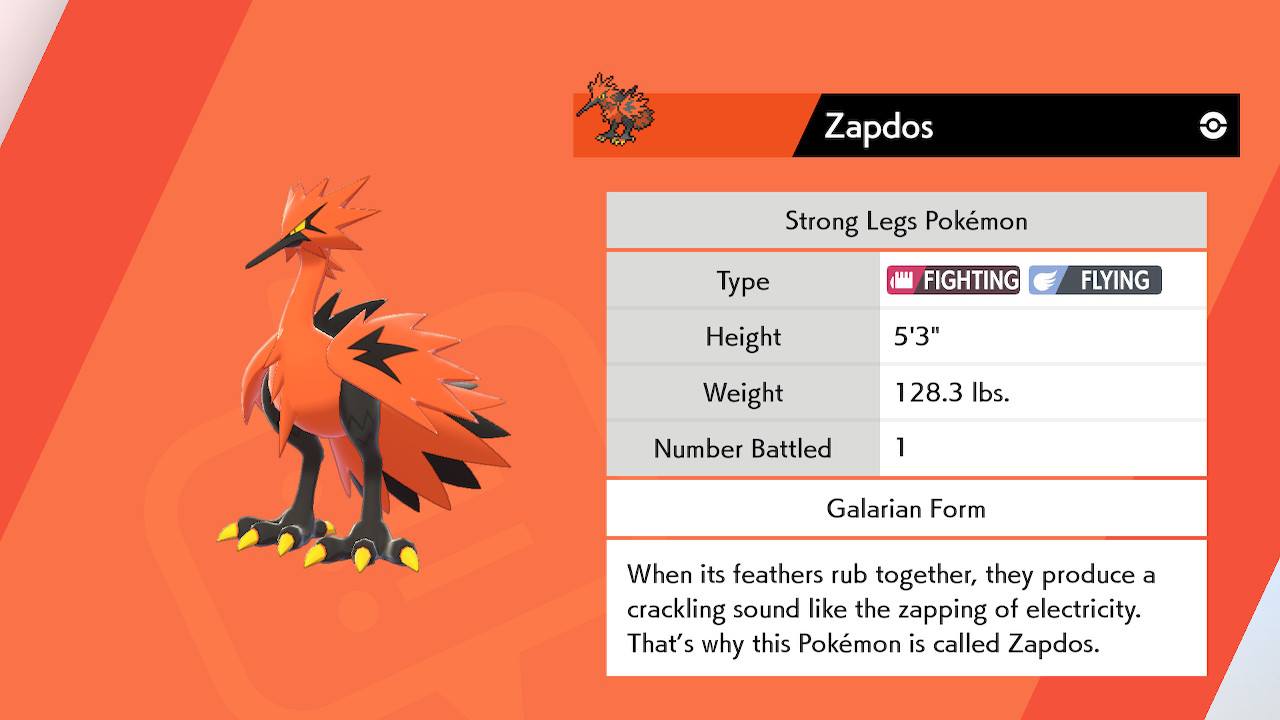 Pokemon Sword and Shield introduced the idea of the Galarian form, which is a regional exclusive variant of an existing Pokemon from the new Galar region. The Isle of Armor expansion added in the Galarian Slowbro into the mix, but now the new The Crown Tundra expansion has added even more. Three of them are the classic legendary bird trio from Kanto, which can be difficult to track down. Zapdos is one of those Pokemon and this guide will tell you just where you can find it.

How To Catch Zapdos

We’ll start off by activating the legendry birds in the first place. This, of course, requires you have purchased the Expansion Pass and updated your game. Now you have to play through the story a bit here in The Crown Tundra until you receive the Legendary Clues from Peony. The first two of these won’t help us here, but the third one will.

Now that we have Legendary Clue 3, head for the southern part of the map, which is the big tree you see in the image on the clue and on the map. When you get there, make your way to the tree itself and a cutscene will play where the three birds show up and start fighting, before you scare them off and they disperse.

These three Pokemon don’t just fly to somewhere in The Crown Tundra, but rather even further. For Galarian Zapdos, we’re actually going to head all the way back to the base game in the Wild Area. Specifically, you want to fly to the Meeting Spot at the very beginning of the Wild Area to start. 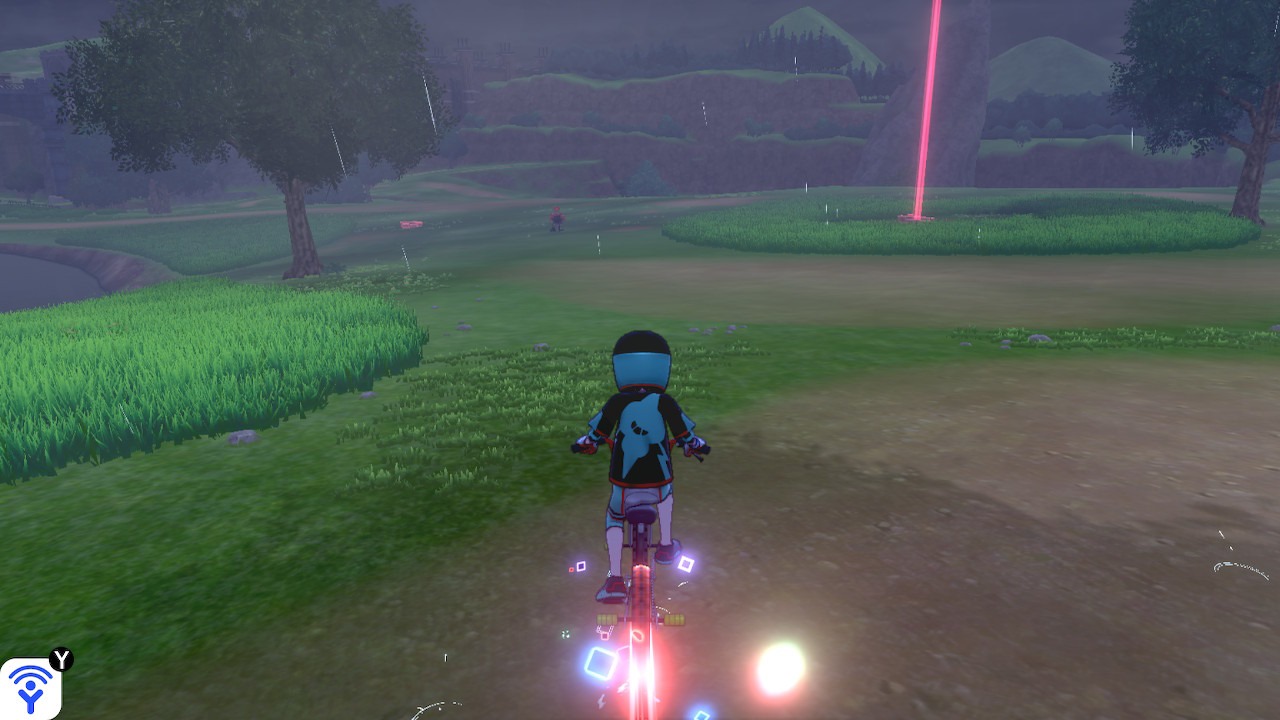 Once you arrive in the Wild Area, pull out your bike and move forward. From here, look around and see if you see a Pokemon in the distance that looks like the one seen above, which is actually Galarian Zapdos. Rather than the flying Electric/Flying type Pokemon you’re used to, Zapdos is a Fighting/Flying type and it will be running around on the ground more like a Doduo than a regular Zapdos.

For me, Zapdos was found just to the right after I made it out of the enclosed area at the beginning of The Wild Area. Once you spot the Zapdos and get too close, it will see you and start running. This is your cue to chase after it. Don’t try taking shortcuts or anything, but rather just keep after it. Eventually, Zapdos will start to lose steam and you’ll eventually catch up, even if it doesn’t seem like you will at first. This can also get tricky when weather comes into play, such as a snow storm that makes it hard to see. If this happens, you may need to fly to the beginning and find it again if you lose track.

When you eventually catch up, the fight will immediately begin, so it might be wise to pause and save when you are getting very close to it just in case. Once the battle begins, your goal is obviously to try and catch it. Being a Fighting/Flying type, it is weak to Flying, Electric, Ice, Psychic, and Fairy type moves. Just be careful not to knock it out, especially if you didn’t save before. Like the other two legendary birds, Zapdos will be a difficult one to catch, so whittle down its health and try your best with whatever types of Poke Balls you have at your disposal.