The mysterious clue that appears after completing the first three. 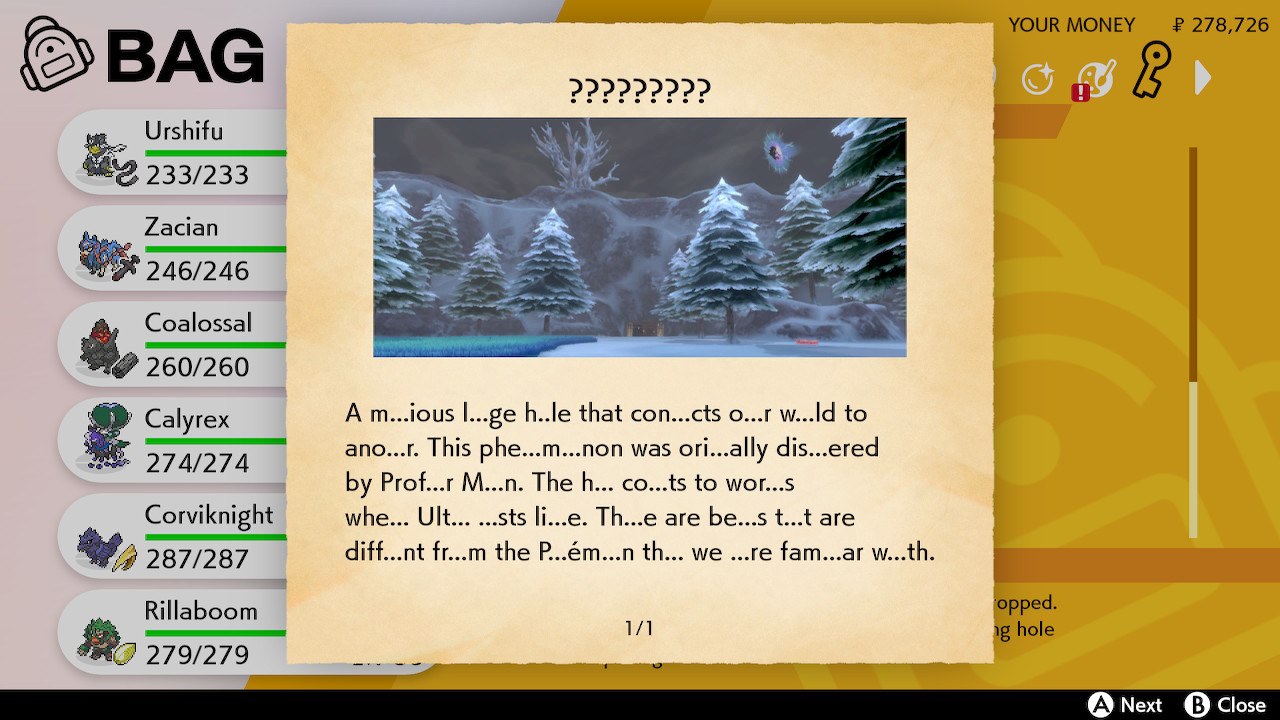 Pokemon Sword and Shield’s second expansion known as The Crown Tundra just released and with it came more content than its predecessor. Most of the story quests involve Legendary Clues that you obtain in the game, with three of them being given to you by Peony near the start. However, there is another secret one that you get later that is even more mysterious.

After solving Legendary Clue 1, Legendary Clue 2, and Legendary Clue 3 and reporting back to Peony, he will end up leaving the base camp to go off with his daughter Peonia. However, you will notice a glowing item on the doormat now when you would be exiting the building that you can interact with. When you do, you will end up picking up what is known as Legendary Clue?, with the question mark actually being part of the name of the item.

During your conversation with Peony, a bunch of kids will run out of the Max Lair and say that creatures that they aren’t sure are even Pokemon appeared in there. The scientists then postulates that this has to do with the “Ultra Wormhole” that briefly opened up in the sky. If you’ve played Pokemon Sun and Moon, you’ve probably got a pretty good idea of what’s going on here.

Unlike the other Legendary Clues, this one is pretty much wrapped up at this point. Instead of having a long quest to complete, we are pretty much done after we talk to Peony in the Max Lair. That is because this conversation and the subsequent events cause Ultra Beasts from Pokemon Sun and Moon to start appearing in Dynamax Adventures as end bosses alongside the other legendaries. These are coming in from the Ultra Wormhole mentioned above.