Capture the new versions of the classic bird trio. 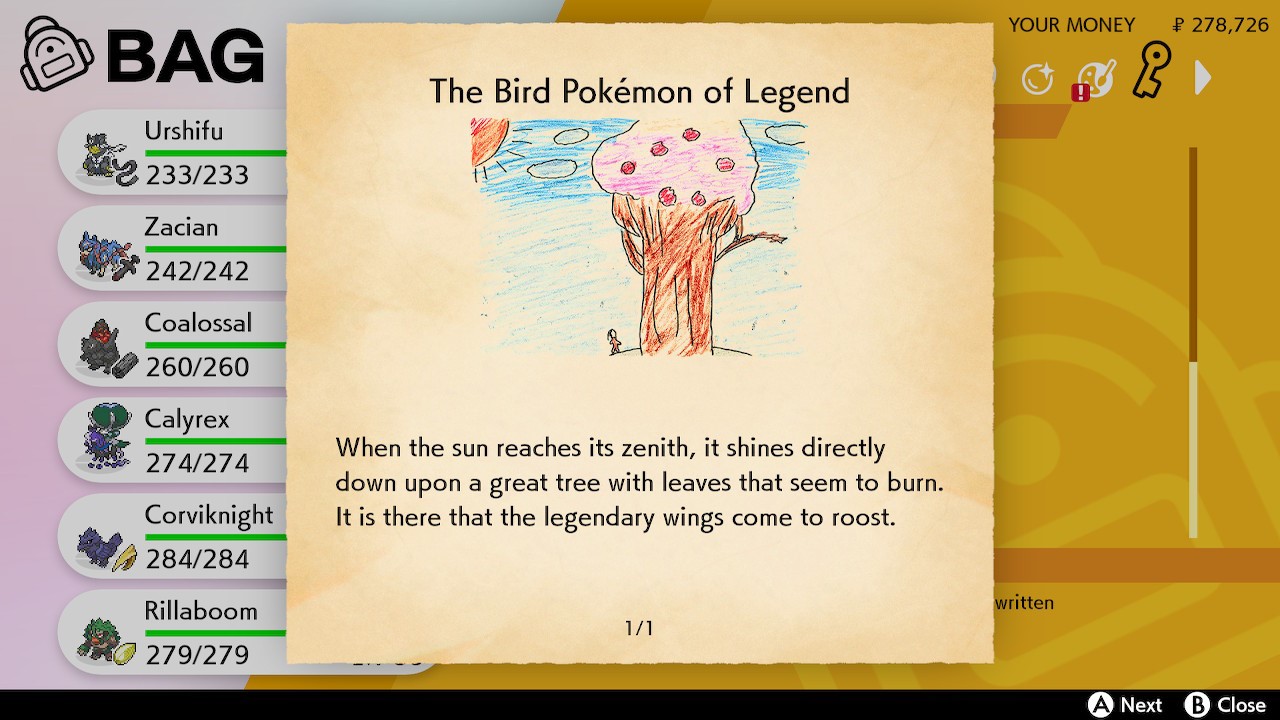 Pokemon The Crown Tundra follows the lead of the first expansion for Pokemon Sword and Shield by bring the return of a number of older Pokemon that didn’t originally make the cut. For The Crown Tundra specifically, there is a major focus on legendary Pokemon. Each of the Legendary Clues in the game that you get from Peony involve a legendary of some sort, with the third and final one giving us a throwback to Kanto, though time time with a twist.

How To Solve Legendary Clue 3 (The Bird Pokemon of Legend)

As you’ll notice on the clue as seen at the top of the article, we need to start by heading to that giant tree, which is found at the very south of the map for The Crown Tundra in the area known as Ballimere Lake. The fastest way to get here is to fly to the Giant’s Bed fast travel spot and go southwest from there across the water and down to Ballimere Lake.

What you need to do now is go around the giant tree here and find the pathway that will let you go up to the actual tree, which will initiate a cutscene. This is where you will be introduced to Galarian Moltres, Galarian Zapdos, and Galarian Articuno for the first time, which is the focus of this quest. Your Rotom Dex will make a sound and scare them off though, leaving us to have to track all three down. The phone call here will be from Peony, who informs you where each of the birds is going, which will actually take us out of The Crown Tundra for 2/3 of them.

At this point, Legendary Clue 3 will also update to add “The bird of orange fashed off to the Wild Area. The bird of black flew off to the Isle of Armor. The bird of purple set off across the Crown Tundra.” 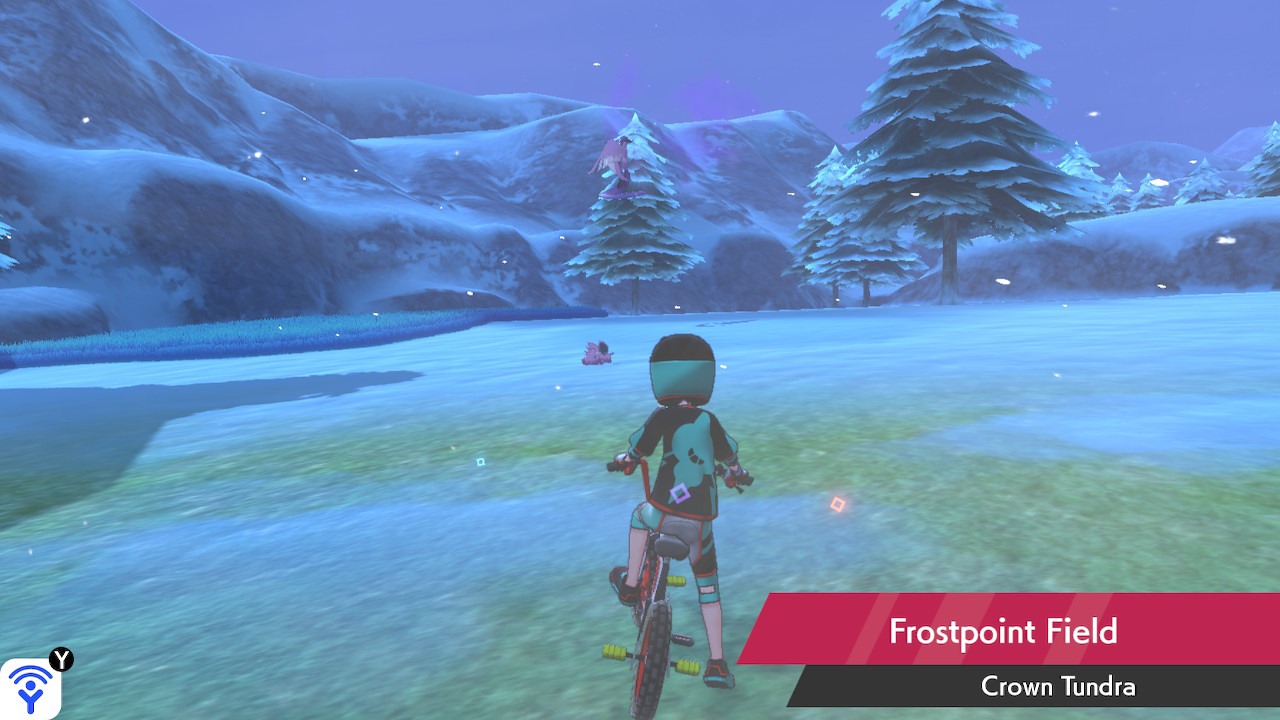 The latter of these is Galarian Articuno and since it is the one bird that has stayed in The Crown Tundra, we will try to go after it first. What you need to do is go around The Crown Tundra area to find a stationary Galarian Articuno just floating in air, which was in the Frostpoint Field near the Registeel temple for me the first time. Head up to where Articuno is, but this is where it gets tricky, as they will split into three and float around. You have to go up and run into the real one to start the battle, which is really almost a trial and error. As a result, I highly recommend saving before doing this. Technically the one that flaps its rings when they first split off is the right one, but they move so fast that it’s hard to tell.

Once you pick the correct Articuno, it will fly up and disappear, before reappearing right on top of you. If you hit the right one, this is another good spot to save before the battle as well since you don’t want to knock out Articuno and have to pick between the three again. Galarian Articuno is different from the original, as it’s a Psychic/Flying type instead of Ice/Flying. As a result, you will want to bring Dark, Ice, Rock, Ghost, or Electric type moves to go against it, but also making sure not to be too powerful and knock it out. The goal here is to catch it, so do that with whichever ball you want. This is definitely the most annoying of the birds, so you may want to use your Master Ball, though it can be caught with other ones for sure. This is made even harder if you’re in an icy area, as this will mean it will be Hailing and deal damage to Articuno each turn.

Now we reach the first part of The Crown Tundra expansion where we actually have to leave The Crown Tundra. The other two birds left and went to the base game and The Isle of Armor expansion respectively. Since we are doing the expansions, we’ll head to The Isle of Armor instead, which can be done from the gates in the train station or just through flying. Just make sure to hit “See More” and pick Armor Station to head there if you’re using the train station. 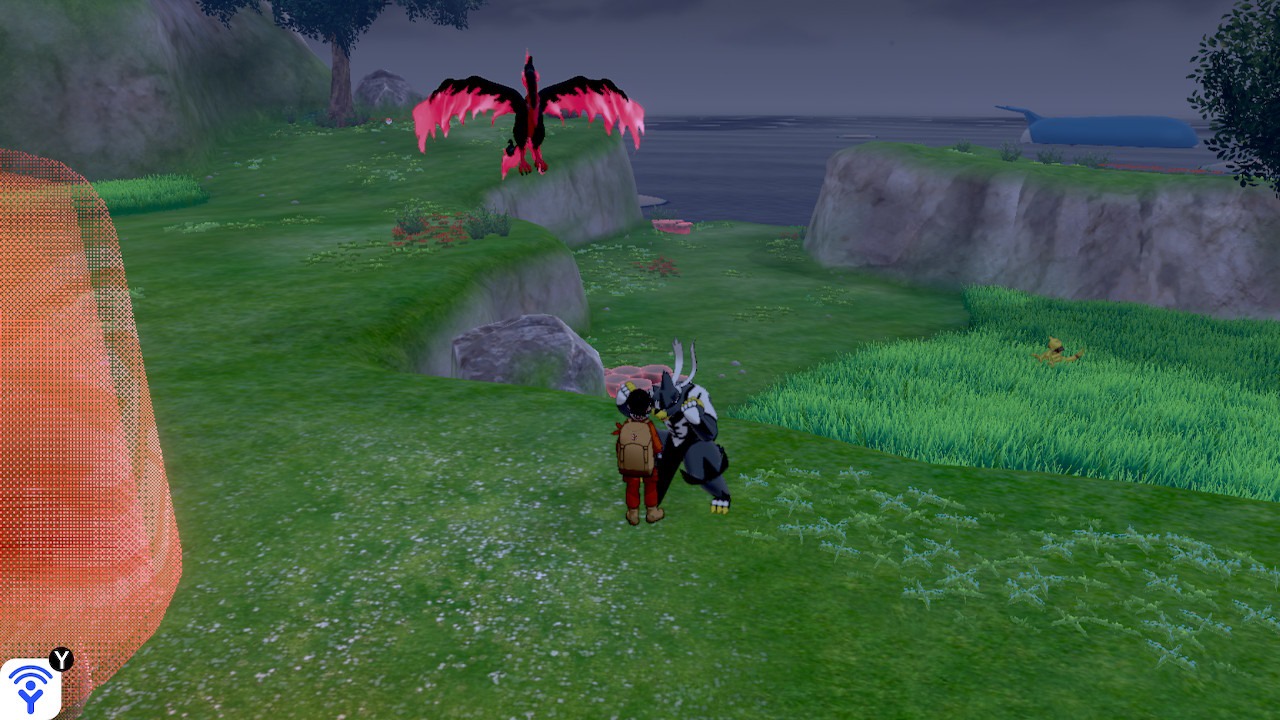 Once you’re arrived in The Isle of Armor, head outside and look around and see if you see Galarian Moltres out by the water. Once you see it flying, this will trigger it’s path, which you can interact with in multiple places. Standing over by the Dojo is a good spot here, so keep an eye on Moltres and head over just to the right of the Dojo on the other side of the crop fields there. You should see Moltres come up this way, so make sure to whistle at it when it approaches and it will get an exclamation point of its head to show it’s about to attack. This is a great time to save too, as it will immediately come at your and trigger the battle right after.

Like With Galarian Articuno, Galarian Moltres has a different typing now, as now it is Dark/Flying instead of Fire/Flying. As a result, this means you’ll want to bring along Pokemon with Rock, Electric, Ice, or Fairy type moves. As before, make sure not to accidentally knock out Moltres and aim to capture it here.

Once you have caught Moltres, it’s time to head back to the main area of Galar, specifically in the Wild Area. For this one, we’re going to start by flying to the start of the Wild Area known as the Meetup Spot for fast travel. Soon after arriving, you should notice Galarian Zapdos running around, which is a change here. Rather than chasing after Zapdos in the air like the others, Zapdos will be running around the Wild Area and you have to catch up with it. 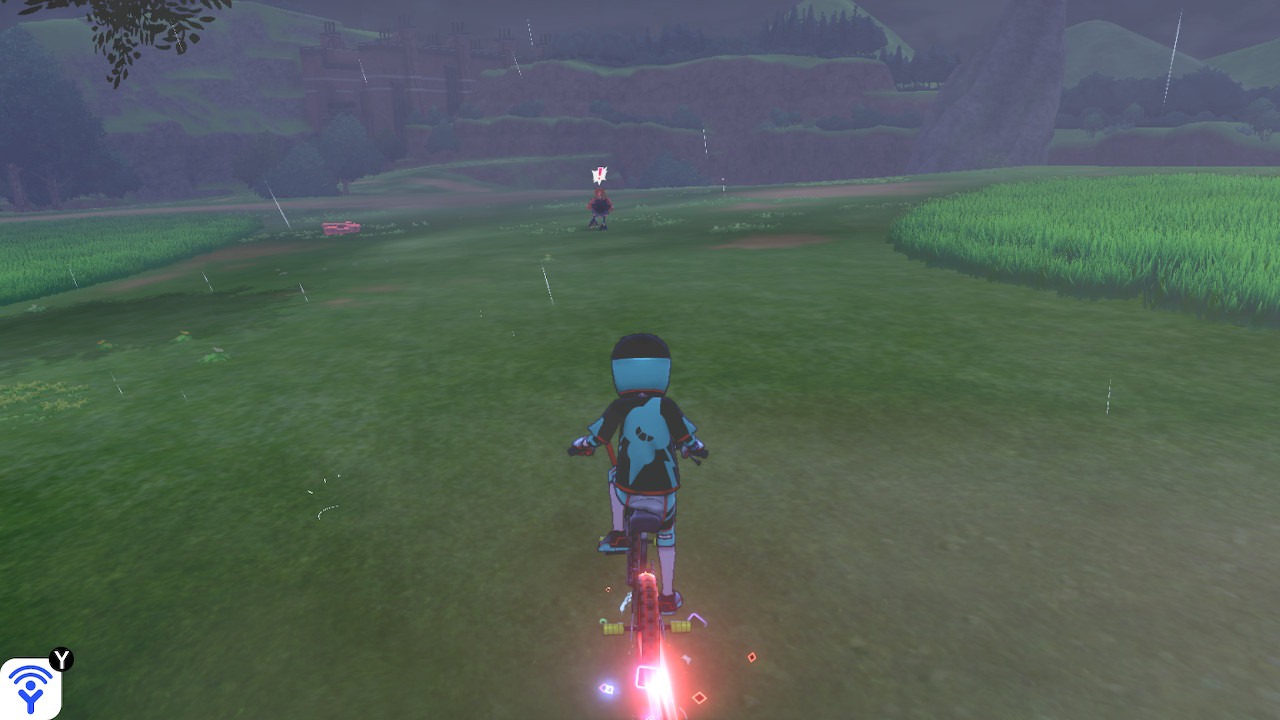 As soon as Zapdos sees you, it will take off and seemingly be able to outrun you easily on your bike. However, keep after it and you’ll notice it start to slow down over time. Don’t worry about taking shortcuts or anything, as you’ll eventually catch up if you keep following. The only trouble here can be if you run into snowstorms, sandstorms, and such, which will really make it hard to see it. In that case, you may have to reset the area or just really keep looking.

The battle against Zapdos itself will start as soon as you touch it. Like the other two birds, Galarian Zapdos has seen a change of typing, going from Lighting/Flying to Fighting/Flying. This is a very interesting typing and is weak against Flying, Electric, Ice, Psychic, and Fairy type moves. Once again, be careful not to knock out Zapdos, and definitely make sure you saved before just in case.

Now that you have all three of the legendary birds, head back to base camp and speak with Peony. Pick the Legendary Bird Pokemon option and report on each of the three birds to him. As soon as you report on the third one, he will officially check off Legendary Clue 3 as being completed.