Pokemon The Crown Tundra – How To Get Carrot Seeds

Trade the right item for them. 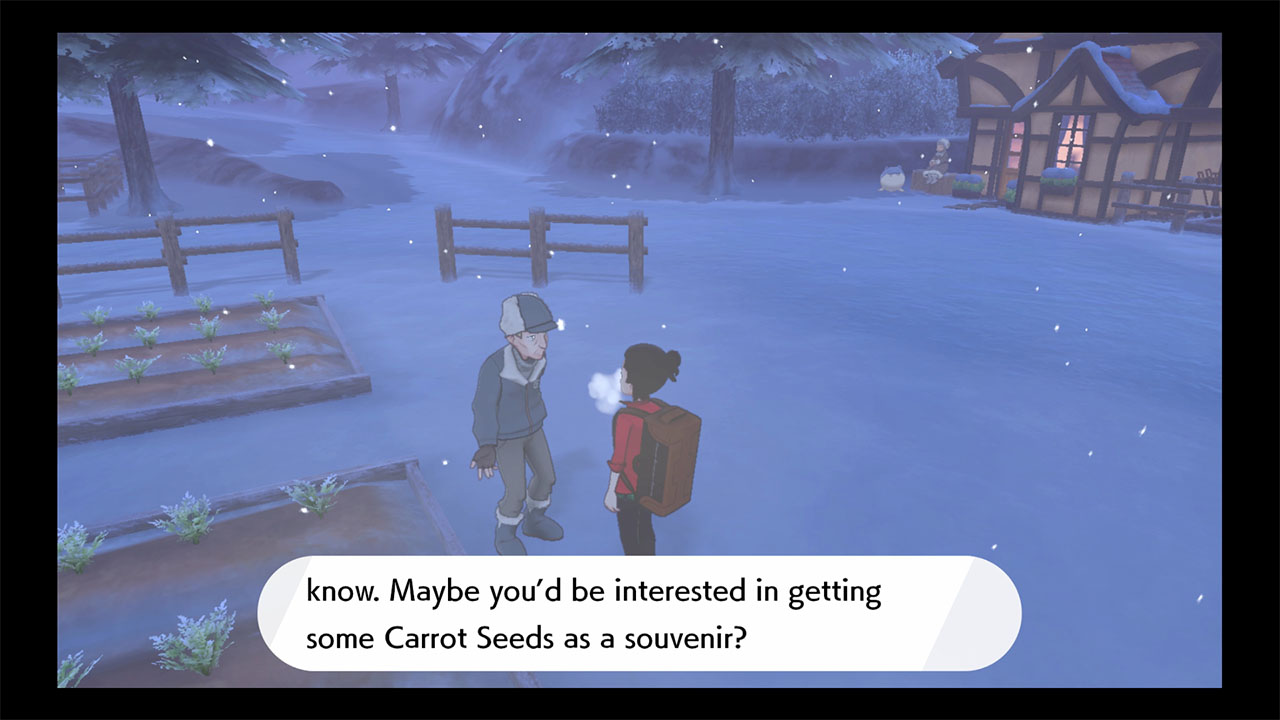 How To Get Carrot Seeds

Carrot Seeds are something that will play a very important role in The Crown Tundra expansion, specifically within “The King of Bountiful Harvests” quest that is part of Legendary Clue 1. This is the entire plotline involving the new legendary Pokemon named Calyrex, which will eventually require you to have some Carrot Seeds.

To get the Carrot Seeds, you will need to speak to the man in the town of Freezington, how is stand in the center of the town directly in front of the group of fields with dead crops. He will talk to you and mention about Carrot Seeds, but won’t give them to you. Instead, he says he will trade you some in exchange for Dynite Ore, which is another important item within The Crown Tundra.

You can get a better breakdown of where to find Dynite Ore in this other guide that we have created, but essentially this ties into the Dynamax Adventures within the Max Lair. By participating in Dynamax Adventures, you will earn Dynite Ore for how well you perform and other things.

Once you have eight Dynite Ore in hand, you can head back to Freezington at this point and speak with the same man as before. When he sees that you now have enough Dynite Ore, he will ask for them and give you the Carrot Seeds that you need in return.