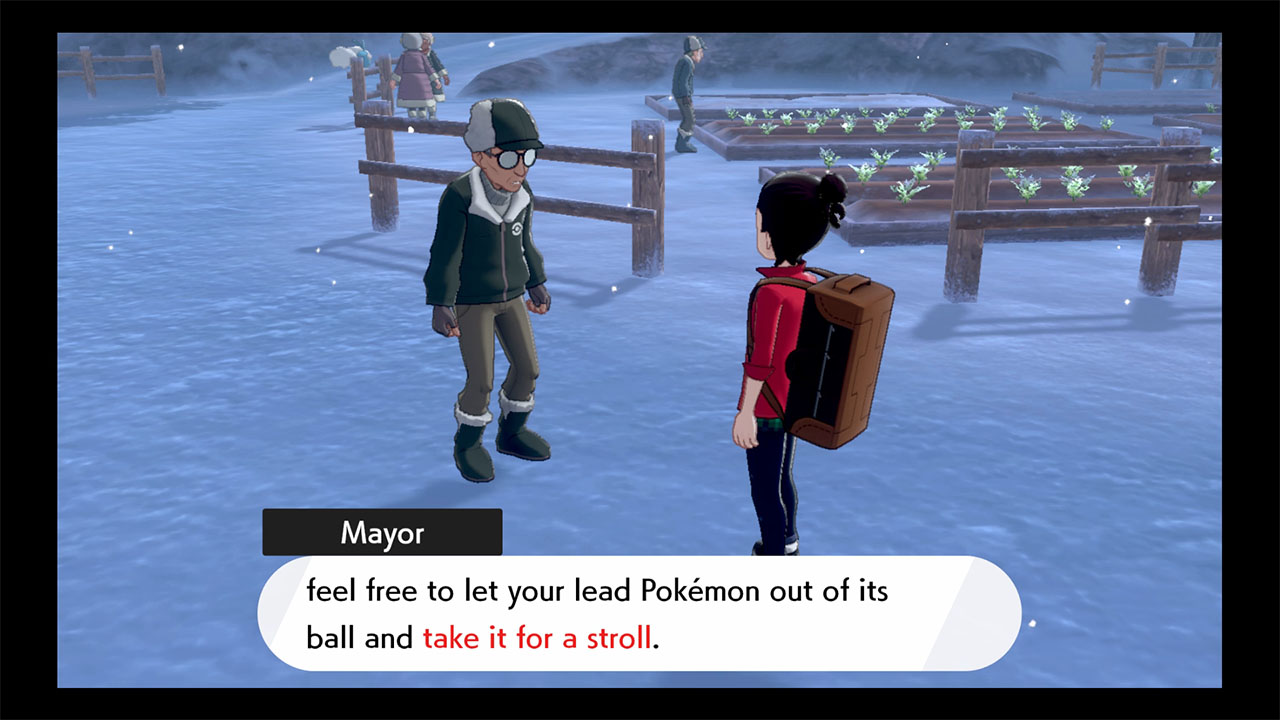 While the Pokemon games really blew up on their own, the Pokemon anime also played a big part in the series’ popularity. Following the adventures of Ash and friends, he always had Pikachu by his side outside of his Poke Ball. This idea was eventually brought over into the games with entries like Pokemon HeartGold and SoulSilver, but it hasn’t been something that has really been around much over the years, even though it has been long requested by fans. The Isle of Armor expansion for Pokemon Sword and Shield implemented this exclusively within the expansion and now it is back again with the just released The Crown Tundra Expansion.

How To Get Pokemon To Walk Behind You

Similar to the Isle of Armor, this is not a feature that you’re going to have immediately available to you. It’s also something that you can’t just go directly to someone and talk to and have it happen. Instead, you’re actually going to have to move forward with the expansion’s story a bit.

You will start off by meeting and battling Peony when you reach The Crown Tundra before his daughter and he end up going elsewhere. Follow them to what is known as the Max Lair and participate in your first Dynamax Adventure.

When you are done with this, there will be some more cutscenes between them and eventually Peony will leave after he gets off the ground and you agree to go on his journey with him. This is your time to leave the Max Lair, even though you can keep coming back to get more legendaries.

At this point, head in the only other way you can really go, which leads you down to the town of Freezington. Upon entering this little town, you will be greeted by the mayor. As part of this conversation, he will tell you that you can let your Pokemon out of their Poke Ball if you want and immediately the first Pokemon in your party will appear right behind you. After this, you can just set the Pokemon you want following you in the first slot of your party and they will come right out of the Poke Ball for you.