Pokemon The Crown Tundra – Where To Find Dynite Ore

Very sought after resource in The Crown Tundra. 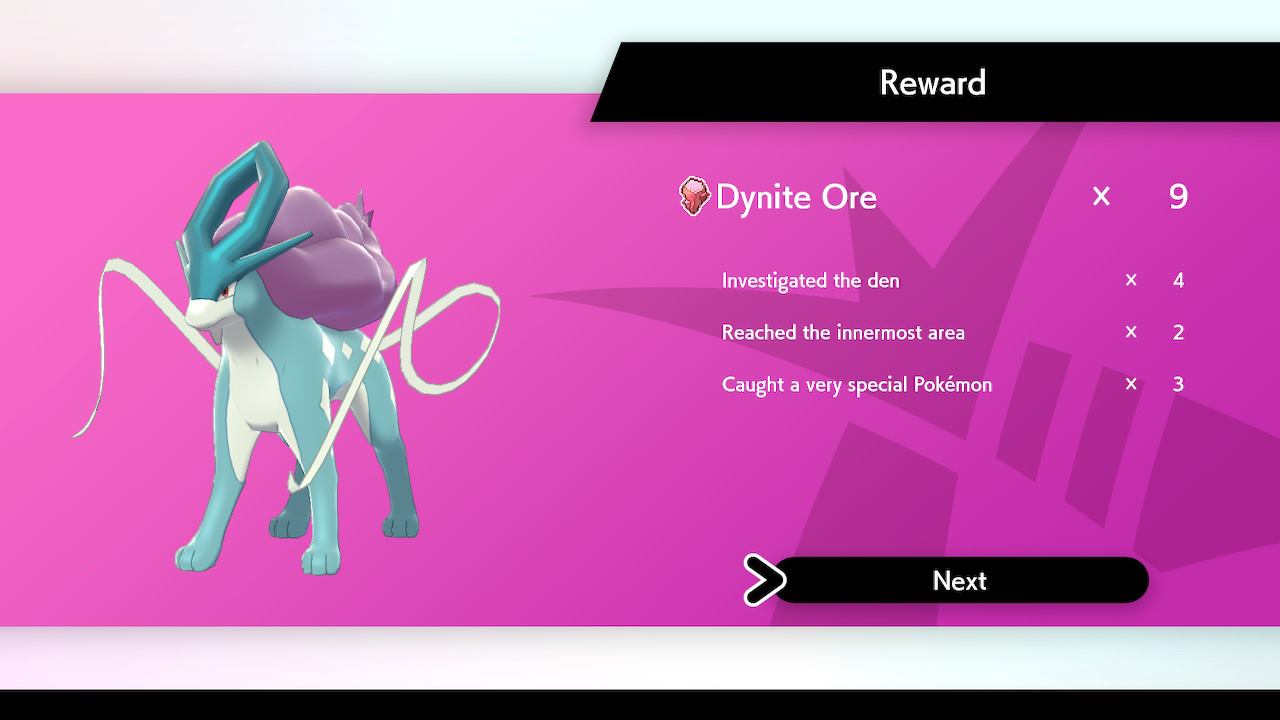 The Pokemon games have always had plenty of items for you to find and collect over the years. Pokemon Sword and Shield introduced plenty more of these into the gray when it released last year and the subsequent expansions have also done the same. One of the new items exclusive to The Crown Tundra DLC is known as Dynite Ore and multiple people want it, which means it is very important to know just how to obtain it.

Where To Find Dynite Ore

Dynite Ore has multiple uses and you’ll find multiple people want it, which is why you wanted to collect as much of it as you can. For one, you’ll find a girl with a backpack in the cave outside the Max Lair that will let you trade in Dynite Ore for various items. This includes items like Exp. Candy, Dynamax Candy, HP Up, Calcium, Ability Capsule, and much more. The Ability Capsule, Beast Ball, and Ability Patch in particular will take 50, 150, and 200 Dynite Ore respectively to trade in for them, so you’re going to need a lot.

In addition, there is also a man located in Freezington that is asking for Dynite Ore. He is specifically looking for Dynite Ore and will trade you very rare Carrot Seeds in return. Rather than just getting more commonish items from the woman in the Max Lair area, you probably want to focus on getting the eight Dynite Ores you need for the man in Freezington instead at first since he only needs this amount and you can get the Carrot Seeds as a result.

To actually get the Dynite Ore, what you’re going to need to do is take part in Dynamax Adventures within the Max Lair. At the end of each run in the Max Lair, you will be rewarded with Dynite Ore for certain tasks such as “Reached the innermost area” and “Caught a very special Pokemon.” This will vary by run, but my first run rewarded me with nine for instance, so you just need to keep doing it to get ore.